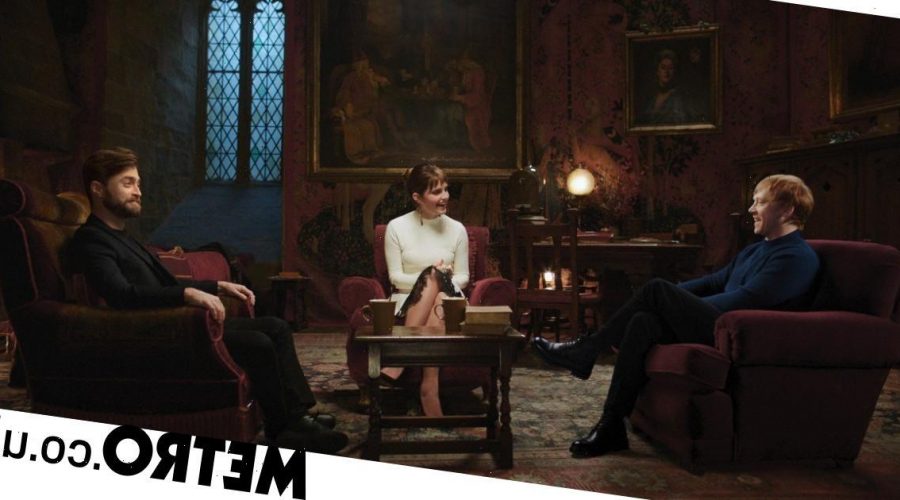 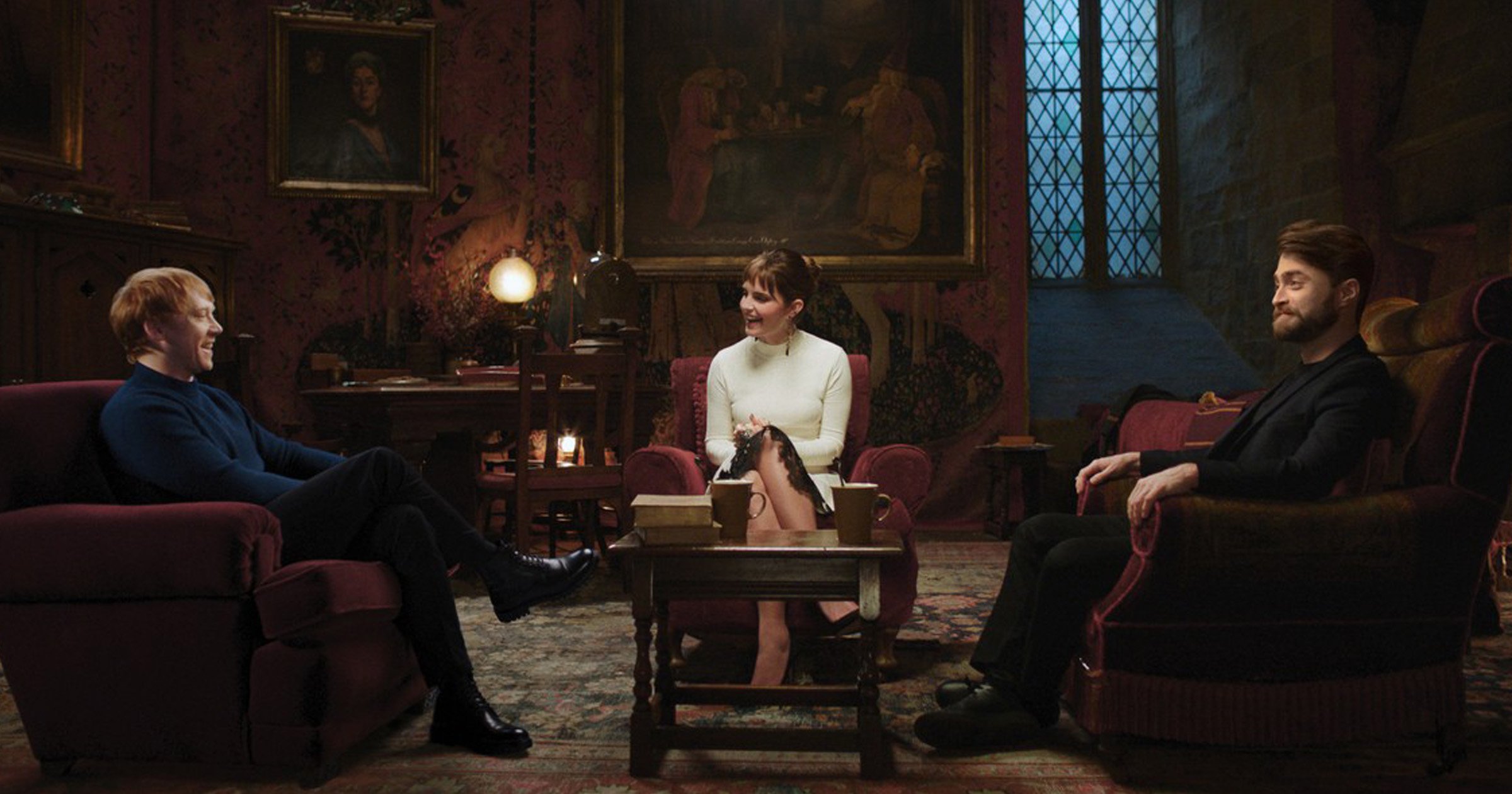 Harry Potter fans have waited a very long time for a reunion, and a first look at the HBO special shows everyone’s favourite Hogwarts trio back together.

The three met in the Gryffindor common room at Warner Bros. Studio Tour London for that extra dash of nostalgia.

Naturally, two decades on, the trio look much older than they did in the first film, Harry Potter and the Sorcerer’s Stone, which will likely have fans wondering where their childhood has gone as they tune in – it’s already made us feel old!

Protagonist Daniel, now 32, has a beard, Emma, 31, looks sophisticated with her curls pinned in an up do, and Rupert, 33, has a more mature look and donned a polo neck for the occasion.

The three looked happier than ever to be reunited and reminiscing on old times, as the photo shows them smiling while recalling fond memories.

The reunion will commemorate the 20th anniversary of the eight-movie series that began with the first release in November 2001.

Its summary reads: ‘The retrospective special will tell an enchanting making-of story through all-new in-depth interviews and cast conversations, inviting fans on a magical first-person journey through one of the most beloved film franchises of all time.’

The special will air on New Year’s Day with a whole host of fan favourites making an appearance.

As well as in-depth interviews, the special will also feature never-seen-before clips.

Earlier this week, HBO Max released a short trailer that teased others – like loveable Hagrid and Neville Longbottom) – receiving their invitations to attend the reunion.

J.K. Rowling, the author of the iconic book series, will not be interviewed in the special, but will be shown in archival footage about the movies.

It has not been confirmed why the writer will be absent from the special, but it comes after fans and some Harry Potter stars shared their disappointment on her comments about transgender people.

In 2020, she commented on a story with a headline that read: ‘Opinion: Creating a more equal post-Covid-19 world for people who menstruate.’

Taking issue with the phrasing, JK wrote: ‘”People who menstruate”. I’m sure there used to be a word for those people. Someone help me out. Wumben? Wimpund? Woomud?’

The reunion has, understandably, caused a stir on social media and given Potterheads sleepless nights with excitement.

We can’t wait to take a trip down memory lane with out favourite wizards.

Harry Potter 20th Anniversary: Return to Hogwarts is due to air on HBO Max and NOW on January 1.