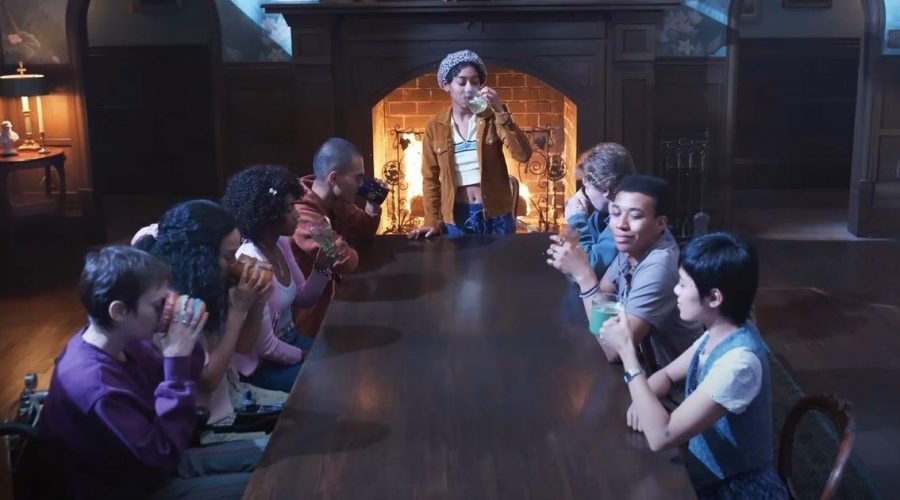 The Midnight Club promises to be just as terrifying.

It is set in a hospice called Rotterdam Home and follows a group of terminally ill teenagers who gather at midnight each night to tell sinister stories.

They all agree to contact the first of them to succumb to their illness from beyond the grave, with all hell breaking loose. The Midnight Club is based on the Christopher Pike book of the same name.

Mike has co-created the show with Leah Fong, who he previously worked with on The Haunting of Bly Manor.

The teaser trailer introduces us to the members of the hospice's midnight club as they gather around a grand dining room table and say: "Seen or unseen. Here, but not here." Fans of Mike's previous shows were excited to get a peak at the new series, with many sharing their delight on Twitter.

One person said: "Mike Flanagan has been a consistently thrilling and engaging voice in horror for more than a decade now. Looking forward to his latest project."

Another wrote: "I LOVED the #FearStreet books and Netflix movies so now I’m excited to see what they do with another favourite of mine from Christopher Pike. It’s a classic!" One fan Tweeted: "Mama there goes that man again!! Giving me good spooky season content," whilst someone else said: "Love everything from Mike Flanagan. CAN'T WAIT!!!!"

The show was first announced by Variety in 2020 and will now air on Netflix on October 7.

"It’s an honour to introduce a new generation of young horror fans to the world of Christopher Pike.

"Oh, and for you fellow Pike fans out there… the article is correct, we will be incorporating a lot of his books into the series.

"So whatever your favourite Pike book is, there’s a chance it’ll be part of the show."