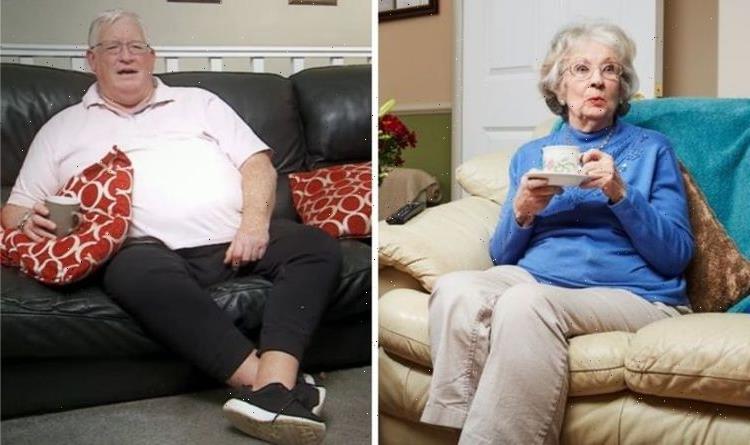 In the past months, three fan favourites from Channel Four’s hit series Gogglebox, have sadly passed away. With season 18 due to hit screens later this month, it has been confirmed five major stars, including loved ones will not be returning to the series.

Over the summer 98-year-old Mary Cook passed away and her best friend Marina Wingrove who she starred alongside, announced she decided to take a step away from Gogglebox.

Linda McGarry will not be returning for season 18 after the death of her husband Pete McGarry.

Surprising viewers even further was the sudden death of Andrew Michael who passed away in August at 61-years-old.

His widow Carolyne Michael and their children Alex and Louis also wont be making a return to the upcoming season.

Gogglebox’s executive producer Victoria Ray released a statement which read: “We have had people from the show pass away recently.”

She continued: “We lost Mary and Andy. And a little while ago we lost Pete.

“Their loved ones won’t be taking part in the show for the moment. Understandably, they want their privacy.”

This confirmation comes after fans questioned if the family members would star in the upcoming season.

Longtime viewers will remember Pete and Linda first joined the show in season two alongside their son George back in 2013.

The family left Gogglebox in 2014 when their son decided to join the Celebrity Big Brother house.

However, Linda and Pete made their highly desired return to the show as series regulars in 2016 and had starred since then.

Andy Michael and his family made their Gogglebox debut in 2013 alongside his son, daughter and wife they quickly rose to national fame.

The family announced their departure from the series in 2014 when Andy was running for Ukip in the general election.

They then returned for future episodes after the retired hotelier failed to secure the Hastings and Rye seat.

Marina and her best friend Mary were the hilarious duo, and they both resided at the St Monica Trust retirement village.

After joining Gogglebox in 2016, the pair became fan-favourites for their unexpected sexual innuendos and witty humour.

Elsewhere in her statement, Victoria said: “It’s a massive loss in every way, we feel it too.”

She revealed: “We are still in touch with all the loved ones, we talk to them all the time – they are still part of the Gogglebox family.

“We are really close to all the people on the show, so what has happened has been really upsetting for the whole team,” Victoria concluded.

Since the series first premiered it became an instant hit and after 17 seasons, Gogglebox continues to rake in over six million viewers.