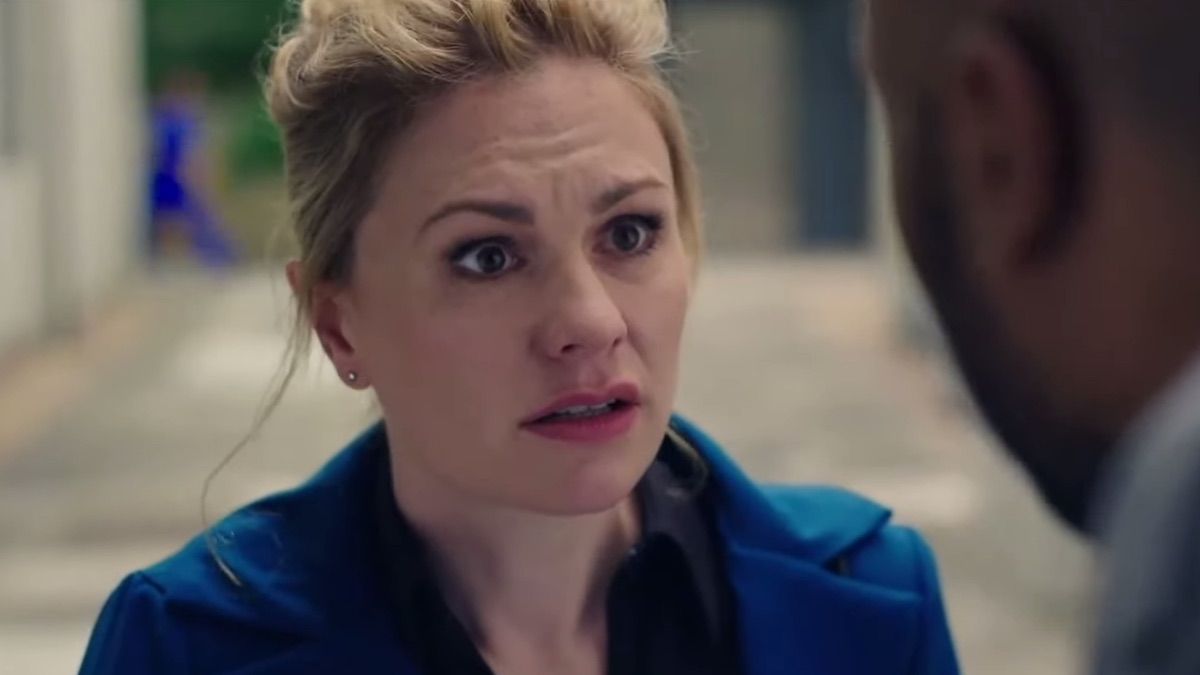 Flack is the popular British dramedy series starring award-winning actress Anna Paquin as an American public relations exec in London who must try to navigate and repair tough situations that her clients get involved in.

There have been reports for a while that the series was picked up by various networks, but they had yet to bring a second season out in America.

Now U.S. viewers are wondering if they can watch more episodes of the show with Flack Season 2. Here’s what is known so far about the series continuing.

This article provides everything that is known about Flack Season 2 and all related news. As such, this article will be updated over time with news, rumors, and analysis. Meanwhile, let’s dig down into what is known so far.

Is there going to be a Season 2 of Flack?

While Pop TV carried the first season in the U.S., it made cutbacks and chose not to continue carrying the dramatic comedy series. There were rumors that the second season was going to be available as a Showtime series, but they never seemed to materialize.

However, the second season of Flack is confirmed to arrive for United States viewers. According to Deadline’s report in June, Amazon opted to pick up the series for Prime viewers to watch via online streaming.

Initially, there were reports that ViacomCBS’ Pop TV would carry the second season of the show. However, it dropped Flack a week before they planned to air Season 2.

With Amazon picking up Flack Season 2, it could also mean they’ll bring a third season out for viewers depending on how successful it is.

Release date latest: When does Flack Season 2 come out?

Season 1 of Flack debuted on Pop TV in the United States in February 2019. There were six episodes for the first season.

The second season features another six seasons, which have already been shown in the United Kingdom. They premiered on W on April 13, 2020.

An official release date has yet to be announced for Season 2 on Amazon, but we will update this report as soon as information is available.

The rarity of the Flack cast is that the major roles are all filled by women. Actress Anna Paquin (True Blood) is the main star of the series as Robyn, an American publicist who works with Mills Paulson trying to help clients in London get out of tough spots.

Actor Daniel Dae Kim as Scott Cole and Sam Neill as Duncan Paulson were among new cast members in the second season along with guest star Martha Plimpton.

Also popping up in guest-starring roles for the second season are Jane Horrocks, Giles Terera, and Amanda Abbington as Alexa.

The main theme of Flack is Anna Paquin’s Robyn doing her best to help clients avoid damaging incidents when it comes to their image. However, throughout Season 1, Robyn has been creating her own PR nightmares for herself due to her various behavior. That means plenty of drinking, drugs, and illicit sexual liaisons.

The end of the first season saw plenty of interesting cliffhangers to lead into Season 2, with the most glaring that Robyn finally came face to face with all of her horrible decisions. She finally saw how they affected others around her and realized just how much damage she caused.

One of those issues involved the fact that Robyn and her boyfriend were trying to get pregnant, yet Robyn was on birth control pills. Sam and Eve also discover that Robyn is cheating with Tom in the finale. Sam also found the birth control pills in her purse and is rightfully upset at her. Eve is upset with who Robyn is, as she had idolized her as a colleague at the PR firm.

In addition, the intern Melody tries to be more like Robyn and goes down a path of no return. During the finale, she gets drunk to the point she is nearly assaulted by two men at the wedding reception the PR agency is at.

Robyn is able to put a stop to the two men, and when she learns Melody wants to be like her, she fires her immediately so she won’t become as horrible as she has.

Along with all that, Robyn’s own sister Ruth wants nothing to do with her after they are involved in a confrontation. That leaves Robyn alone looking at herself in the mirror in the finale and trying to force herself to cry for all the horrible things she’s done.

Most likely, Flack Season 2 will involve more of Robyn’s attempts to navigate disasters for her clients, but even more importantly, trying to put the damaged pieces of her own life back together.

Flack Season 2 is TBA on Amazon Prime. Season 1 episodes are available on Vudu.

25/08/2020 TV & Movies Comments Off on Flack Season 2 release date and cast latest: When is it coming out?
Lifestyle