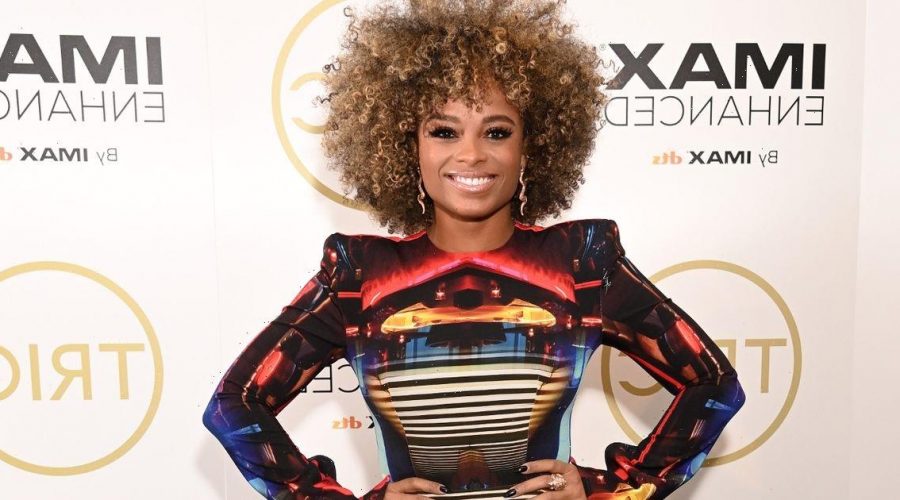 Strictly Come Dancing star Fleur East is swerving the show's supposed 'curse' after saying that her husband is "very happy" with her professional dancing partner.

The singer and X-Factor star is one of the celebrities joining the Strictly 2022 line-up, alongside Coronation Street star Kym Marsh and Bros singer Matt Goss.

Pairings for the 2022 series yet to be announced, but speaking on her Hits Radio show with James Barr and Matt Haslam, Fleur said that her professional dancing partner is "really nice."

READ NEXT: Strictly dancers have had to pretend they're happy with celeb partners, claims BBC star

Strictly has a history associated with its celebrity and professional dancing pairings, with some leading to romance away from the cameras, known as the programme's "curse."

However, Fleur is thought to be swerving the curse as she revealed that her husband Marcel Badiane-Robin is "very happy" with the pairing, after being asked by her co-hosts if Marcel was "ok or is he upset?"

The singer also revealed the tricks she has used to keep her Strictly partner a secret ahead of the series airing its highly-anticipated "pairing episode".

"I have to get through the next 10 days without telling everyone who I've been partnered with on Strictly and it's been really hard and I've gone to extreme lengths to hide this from everyone," said Fleur.

"I've changed their name to Strictly pro in my phone."

She also explained that she has been worried that she'll be spotted messaging them on WhatsApp, so asked the professional dancer to change their profile photo.

Fleur added: "I also asked them to change their picture, now it's like a baby photo of them.

"I've just been following all of the dancers on Instagram so no one can tell who my partner is."

Fleur will join her fellow Strictly contestants at a launch show on Saturday 17th September, where the celebrity pairings will be revealed.