Doug Jeffery left his job as host of The Men of Adonis touring revue in Australia in 1992; three weeks later, the FBI came to the show. Jeffery’s replacement was taken off stage and informed that there had been a hit put out on him and he was in danger. To this day, Jeffery doesn’t know if that hit was meant for him.

It’s one of the many ways in which Jeffery — who is now an actor in Los Angeles and spoke to IndieWire via Zoom — confirmed that while Hulu’s “Welcome to Chippendales” seems implausible and extravagant, it’s also shockingly accurate. Jeffery worked at Chippendales, both at the club and in the touring company, from the early 1980s until 1992 — right around when “excuse my expression: The shit hit the fan,” per Jeffery.

The series charts the rise of the eponymous male strip club created by Somen “Steve” Banerjee (Kumail Nanjiani) and how his lucrative partnership with head choreographer Nick De Noia (Murray Bartlett) turned sour — a period that Jeffery witnessed for a decade. Talking with IndieWire, he revisited his time at the club and discussed the unique workplace, the animosity between Banerjee and De Noia, and his lingering suspicion that Banerjee may have tried to have him killed. 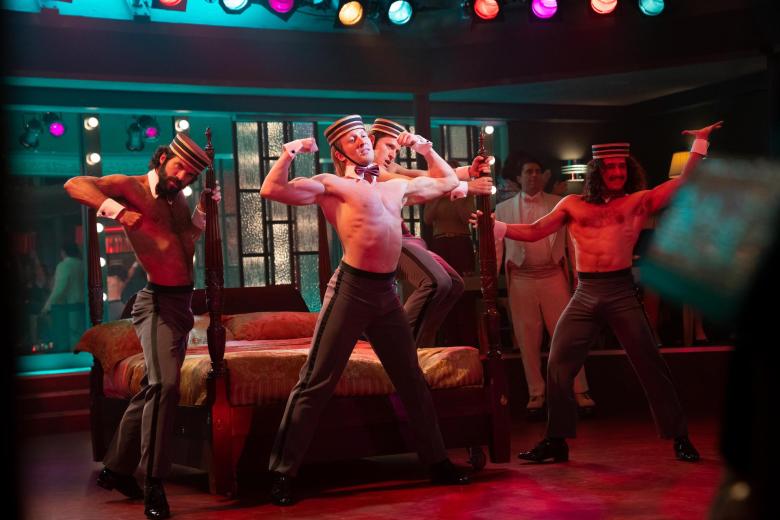 When Chippendales hired Jeffery, he knew it was a cultural phenomenon taking Los Angeles by storm.

“If you look at the dynamic of men going into a strip club, [they’re] very subdued, kind of just watching,” he said. “With the females, it’s crazy — from octogenarians to younger women, they just lose their mind and really enjoy themselves. It was fascinating to be part of that pop culture of America and being able to watch it from the sidelines in the beginning.”

Jeffery said he’s barely revisited or talked about his time at the club, but “Welcome to Chippendales” brought back a flood of recollections, from names and stories down to a hotel’s room number from Episode 1. When he spoke about touring the show, he still remembered how to introduce the men of Chippendales in French and Afrikaans.

“It really sparks all the memories, because it was a long time ago,” said Jeffery. As a host, he was responsible for hyping up the crowd and introducing the dancers, but Jeffery says the role evolved into a lead of its own. At shows, he would come out in a towel, be dressed on stage, and join in multiple production numbers.

“It was a candy store being twenty-some years old in that environment,” Jeffery said, repeatedly referencing “hijinks” behind the scenes. “We would play [for audiences] from 2,000 to 8,000 when we were in different countries… I can remember being in Spokane, Washington, and literally being pulled off of the stage by a throng of people. [I] cut my head open — I mean, it was pseudo rock star-ism! It was crazy.”

Like most shows based in reality, “Welcome to Chippendales” makes some changes, but Jeffery’s insight revealed that many changes were superficial, such club interiors or the mechanics of performance numbers. But the trickery that went on behind closed doors and the friction between its larger-than-life leaders is all true.

The Minds Behind Chippendales 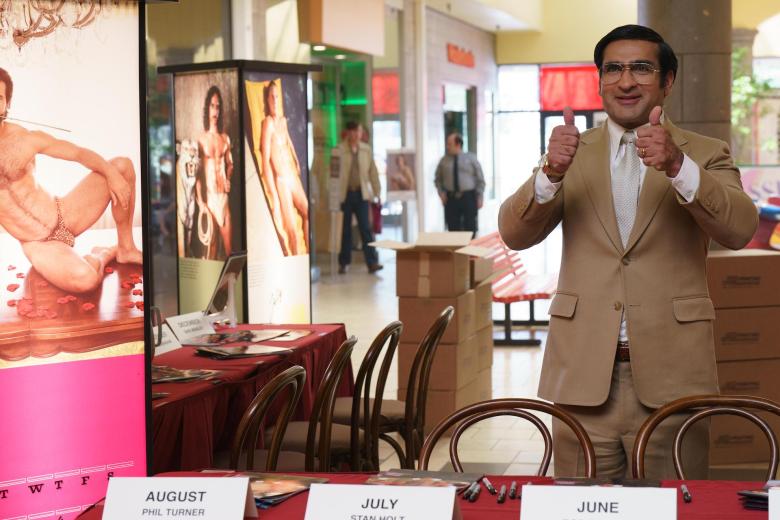 Kumail Nanjiani in “Welcome to Chippendales”

De Noia hired Jeffery and worked closely with him during his time at the club. De Noia would make his rounds on the club floor, observing performers, patrons, and servers while making mental notes on who to promote or cut.

“Most every night at the show, he was always walking around,” Jeffery said. “He would always come up to me and say, ‘Smile, smile! Ladies like when you smile!’ The gentleman who does play Nick [Murray Bartlett] — really well done. Nick just had a huge personality.”

As the show portrays, De Noia worked directly with the hosts and dancers, as well as taking on interviews and public appearances to become the de facto face of Chippendales. Jeffery even accompanied him on talk-show promotions for the club.

“Nick became kind of the face and the voice, where Banerjee was a little awkward, kind of shy,” he said. “The character in the show [Kumail Nanjiani] really has more or less the essence of Steve.”

Jeffery confirmed that, as the show depicts, Banerjee would regularly show up unannounced at tour stops and quietly observe the performers to make his own judgments about who should be fired or promoted — and often denying the latter when performers tried to advocate for themselves. “When it comes to money with Steve, it was always an issue,” Jeffery recalled. 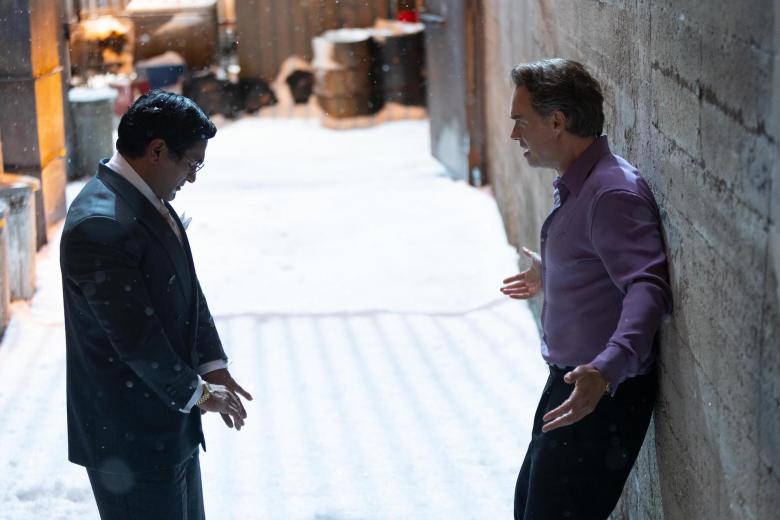 Kumail Nanjiani and Murray Bartlett in “Welcome to Chippendales”

The Chippendales machine was up and running by the time Jeffery was hired, but he said there was always “a dynamic of who was in charge” between Banerjee and De Noia, which created palpable tension. “Obviously Banerjee created it, but Nick felt that he had taken it to the other level,” Jeffery said. “And they both had huge egos.”

In Episode 6, that tension reaches a tipping point, and Banerjee and De Noia agree to divide the company with Banerjee retaining rights to the club and De Noia the rights to tour “in perpetuity.” They sign the deal on a napkin in a diner. (Jeffery said the major difference in real life is that others, include one of Jeffery’s friends, were present.) The phrase “in perpetuity” would come back to haunt Banerjee when the club hit a downswing and the tour prospered.

“Banerjee was just extremely controlling when it would come to money,” Jeffery said. “He thought Nick was ripping him off, so as it progressed to where he finally got rid of him, he wanted to get those touring rights back — and at that point him and De Noia hated each other.”

It gets worse, Jeffery added, and those familiar with De Noia and Banerjee’s story know what’s coming. Without spoiling the remaining episodes and the shocking true events behind them, it’s clearly a time that ingrained itself in Jeffery’s memory.

“He was a very interesting man — charming, too!” Jeffery said of Banerjee. “To realize that he’s kind of [a] sociopath — for all those years I was with him, I just thought he was a nice guy. I can’t believe this man that I just thought was a smart businessman, a true entrepreneur — just snapped.”

New episodes of “Welcome to Chippendales” premiere Tuesdays on Hulu.