The internet is a sea of spoilers and memes of the Game of Thrones finale, but those who have had the chance to watch the last ever episode have been left confused over one major scene.

If you haven’t yet watched the HBO fantasy drama’s final, it’s best to stop reading now before we spoil it for you.

The finale left fans in tears, not just because of the end of an era but mostly down to the heart-wrenching scenes following the show’s beloved creatures.

Ending with the reunion of Jon Snow and his loyal dire wolf Ghost, fans rushed to Twitter to admit they were sobbing into tissues.

But that wasn’t the only scene featuring a creature which left fans reaching for a box of Kleenex.

While Daenerys Targaryen (Emilia Clarke) was a mere few steps away from finally sitting on the Iron Throne, viewers were left shocked after Jon Snow (Kit Harington) drove a dagger through his lover and relative’s heart.

As Dany falls to the floor, Jon steps back as tears fill his eyes but his expression quickly turns to fear as Daenerys’ last remaining dragon Drogon appears and stares down at him.

After killing his mother, fans were certain Drogon would avenge the Mother of Dragons and breathe fire down on Lyanna Stark’s son.

But instead, the beast showed a “human-like” response as he melted the Iron Throne with his fire and left Jon Snow alive.

Fans have come to the conclusion that Drogon knew what the Iron Throne had caused and melting it was to symbolise an end of an era. 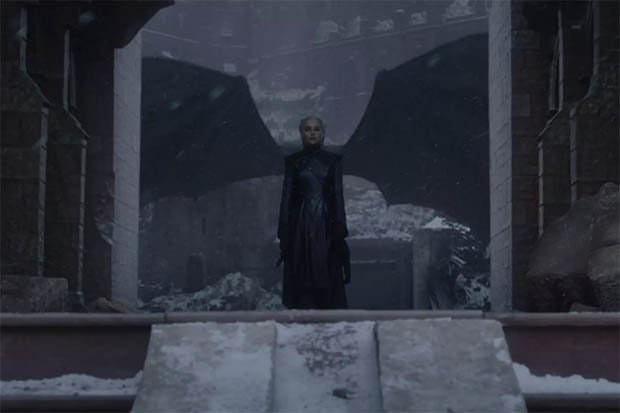 Viewers also believe that at that moment, despite Jon killing his mother, Drogon knew he wasn’t the real enemy and that she had turned into The Mad Queen.

One wrote: “Drogon received the best character development in this finale—exercising judgement.

“When experiencing blinding anger and grief, destroying the symbol of power and the very source of evil, and choosing to mourn in solitude, now brotherless and motherless.” 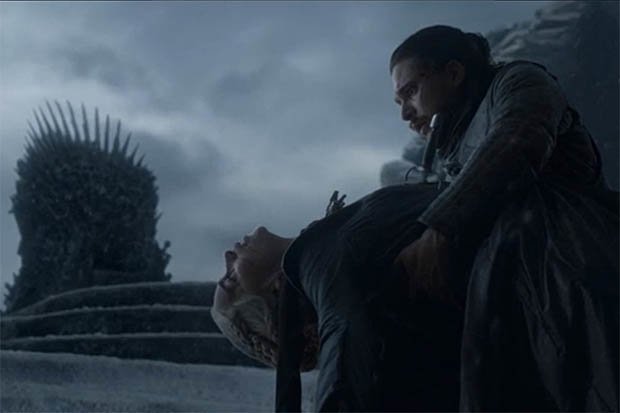 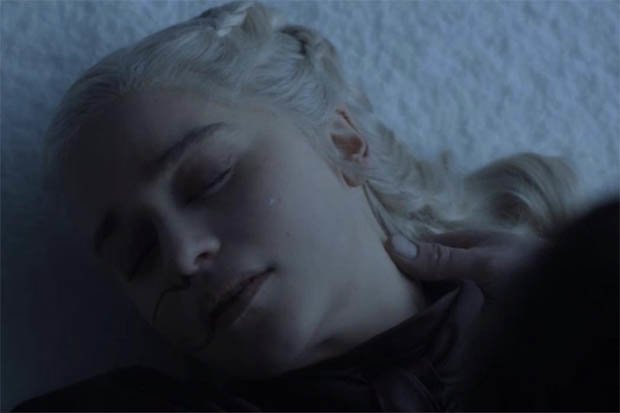 “That scene was heartbreaking”

A second tweeted: “Either Drogon is the smartest dragon in the world as he knew the corrupting power of the Iron Throne led to Dany’s downfall or he’s the stupidest and saw a knife in Dany and assumed it was the evil chair made of knives that killed her and he wanted revenge lmao.”

Another commented: “He didn’t kill Jon because he didn’t blame Jon, he blamed the Iron Throne.

“Drogon knew that the throne killed his mother. That scene was heartbreaking.

“He finished his mother’s wishes and broke the wheel.”

Hand us the tissues…