Game of Thrones has broken its own record as the most-watched show in subscription television history.

Last week's penultimate episode was the previous record holder, but Monday's series finale knocked those numbers out of the part. Episode five was watched by 1.43 million people when set top box and on-demand viewing is combined, and episode six, the finale, topped that by more than 100,000 people with 1.54 million people tuning in. 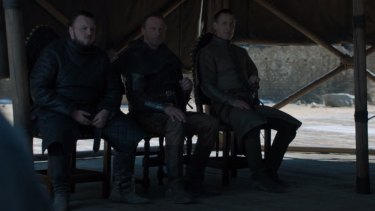 Eagle-eyed fans have spotted another modern addition to Game of Thrones that wasn’t meant to be there.

"I'm beginning to think they've a rogue member of crew behind this. How can this not be picked up post-production?" wrote another viewer.

Despite the mistakes that have plagued the show, the appetite for it has not decreased. In the US, the final episode was watched by a record 19.3 million viewers across HBO's platforms (linear, HBO GO and HBO NOW), exceeding last week's series high of 18.4 million viewers. 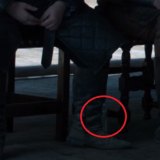 The bottle in question.

Those numbers mean Game of Thrones' finale eclipsed the other big TV event that took place in the US this month: The Big Bang Theory only managed to secure an audience of 18 million viewers for its final episode. But neither show was in the same league as the M*A*S*H season finale, which was watched by 106 million people in 1983 and has remained the biggest finale episode to ever air on television.

Changes in people's viewing habits mean the number of people who watch the Game of Thrones finale will continue to grow over time. In the US, the episode average for season seven was over 44 million people.

Despite some production mistakes, the television show that spanned the better part of a decade has cemented itself as a timeless classic, amassing fans across the world. There is no doubt that the legends of Westeros will live on for years to come.

21/05/2019 TV & Movies Comments Off on Game of Thrones finale: rogue water bottles and a record number of viewers
Lifestyle