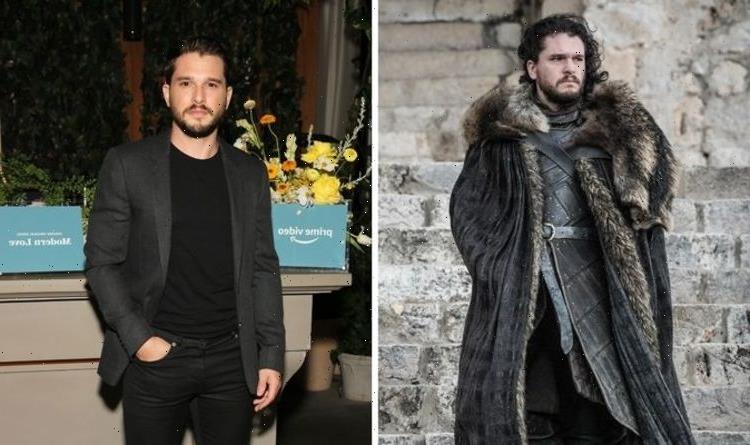 HBO’s Game of Thrones was a major hit and gained a heap of fans across the globe. Many of them were struck by Jon Snow’s (played by Kit Harington) bravery during the Battle of Winterfell and although the series ended in 2019 the actor has opened up with some interesting revelations about his time on set.

Game of Thrones followed the lives of nine families that battled it out to gain control over the land of Westeros.

The fantasy drama was an adaptation of George R.R. Martins series of novels titled A Song of Ice and Fire.

The series transported viewers to the imaginary continent of Westeros and Essos, where it started off with nine families waging war on each other in an attempt to claim the iron throne.

This is where fans were introduced to the brave and noble Jon Snow.

Jon Snow was the illegitimate son of Ned Stark (Sean Bean) who was constantly looked down upon because his parents weren’t married when he was born.

To prove his doubters wrong he joined the Night’s Watch, which was considered to be a great honour because any man would be able to climb the ranks.

There alongside the rest of the brotherhood, he was forced to practise celibacy, cut ties to his family and reject any titles he received from the land.

As part of the Night’s Watch, it was his duty to watch The Wall against raids from the Wildlings.

Throughout the series, fans watched as different seasons were filmed in different weather conditions. To achieve this they travelled to different countries including Morrocco, Croatia, Iceland and Canada.

It was in these cold climates that actor Kit had his favourite behind the scenes moment from the show.

In an interview with Jess Cagle on Sirius XM, the actor revealed: “I remember shooting up on this incredible glacier in Iceland, and I went off to take a pee, just somewhere in the wilds of Iceland.”

He added: “And I just looked out over this glacier and I thought, ‘God, I got the best job in the world,’ and that always sticks out to me because if I’m ever feeling grumpy about my lot, which, believe me, I can do amazingly, I think of that. And I think, ‘Now you’ve got a pretty special job.'”

Having played the role of Jon Snow for eight years, Game of Thrones proved to be a life-changing experience for him.

His on-screen love interest Ygritte (Rose Leslie) later became his wife in real life after they met on the show.

After a role in War Horse at the National Theatre, Game of Thrones was Kit’s big breakthrough into Hollywood and the actor is deemed to be recognised wherever he goes.

In 2016, Kit was nominated for a Primetime Emmy Award for his role as Jon and became the highest-paid actor on television in 2017.

Since Game of Throne’s controversial finale in 2019, Kit returned to theatre and virtually performed Burn from playwright Chris Thompson.

The actor also starred in the second instalment of Criminal: UK which premiered on Netflix and received rave reviews.