Game of Thrones fans know all too well not to trust anyone and it seems Tyrion Lannister (played by Peter Dinklage) could be the latest for a twist.

He has been unwaveringly loyal to Daenerys Targaryen (Emilia Clarke) since he met her in season five, but that could all change.

One Reddit user has spotted an opportunity Tyrion could have been privy to all the information Bran Stark (Isaac Hempstead Wright) knows.

They point out in season eight, episode two, how the Three-Eyed Raven and Tyrion have a conversation, but the audience don’t hear what is said.

MaRs1317 continued: “Episode three, Tyrion is not quick to defend Daenerys to Sansa.

“Many episodes: Tyrion questions a lot of Daenerys’ decisions.

“I think Bran told Tyrion, who Jon actually is, and it will be the driving force behind him switching sides.

“A lot of us couldn’t see Jon releasing the information on his own to get the Iron Throne.

“What if Tyrion tells the world that Jon is the true heir, because he doubts Daenerys’ intentions or honour! This would force Jon into a situation of conflict.”

May have thought Tyrion would betray Daenerys as he is a Lannister, and is often good at picking the right sides. 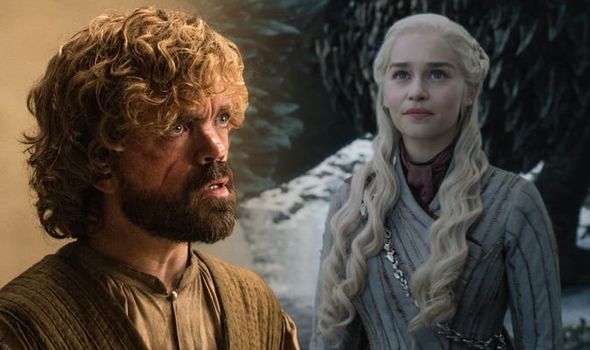 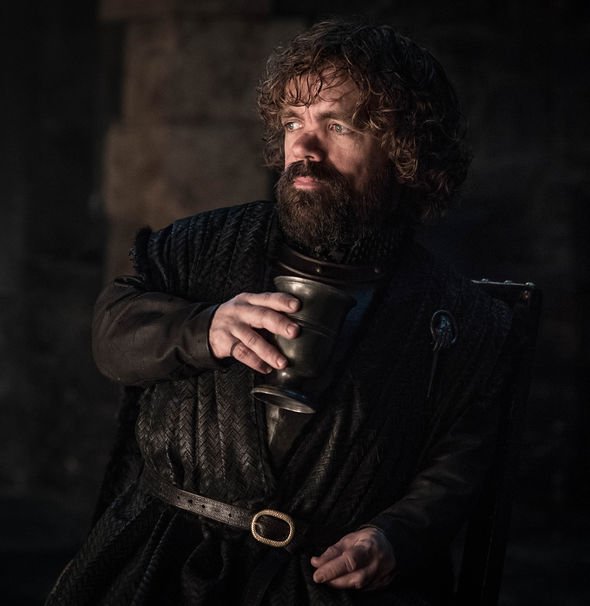 Furthermore, his morals mean he is always on the lookout for any signs of the Mad King infecting Daenerys.

She has had her share of questionable decisions which have notably been called out by Tyrion.

But with Daenerys the main runner for the Iron Throne, will Tyrion stand by her side or will he deflect to Jon Snow (Kit Harington)?

Meanwhile, Kit has spoken out about the coming three episodes and hinted they may give fans a twisted feeling towards the ending.

The actor caught up with Entertainment Weekly and spoke about the finale, hinting it’s going to be a bloodbath. 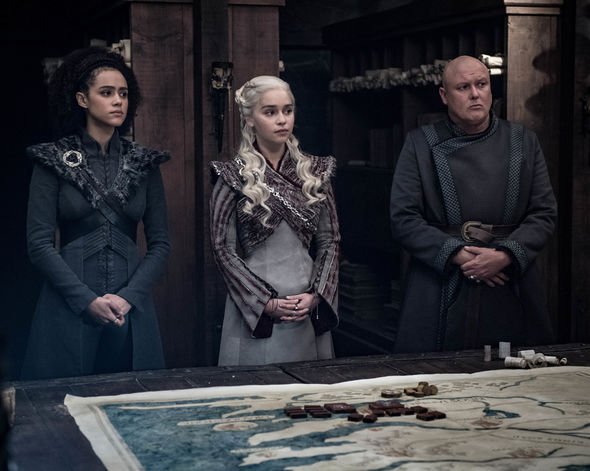 He teased: “One of my favourite episodes is four because the characters have seemingly got what they needed.”

Kit continued to explain there are around 20 characters left in Winterfell and they absolutely will not be safe.

“The world is safe now. They’re celebrating and saying goodbye to lost friends. But as an audience you’re going: ‘This is only episode four, something’s going to happen.’

“And that’s the cool thing because I think the characters are aware of this as well.

“There’s something twisted and uncomfortable about it. It’s so Shakespearian,” Kit teased.

Game of Thrones continues Sunday on HBO in the USA and the following day on Sky Atlantic and NOW TV in the UK.