Game of Thrones season eight, episode five hit screens last night (Sunday, May 12) on HBO and saw the Battle of King’s Landing, which led to some major character deaths. Sky Atlantic will repeat Game of Thrones season eight, episode five, which is titled The Bells, tonight at 9pm. GoT fans who stayed up to watch the episode last night, however, can read on for a recap of the penultimate episode of the Sky and HBO series.

What happened in Game of Thrones season 8, episode 5?

The Bells saw the Battle of King’s Landing, as Daenerys Targaryen (played by Emilia Clarke) set her remaining dragon on Euron Greyjoy’s (Pilou Asbaek) fleet and the royal city.

The first life claimed in Game of Thrones season eight, episode five, however, was that of Lord Verys (Conleth Hill), killed by dragonfire by Dany for trying to spread the news of Jon Snow’s (Kit Harington) true heritage.

This is our first sign that Dany may be becoming the “Mad Queen”, though this does not stop Tyrion Lannister (Peter Dinklage) from trying to calm her down.

While she wants to attack King’s Landing, he advises her to show mercy and to stand down if the bells of the episode title ring, a sign that the city has surrendered. 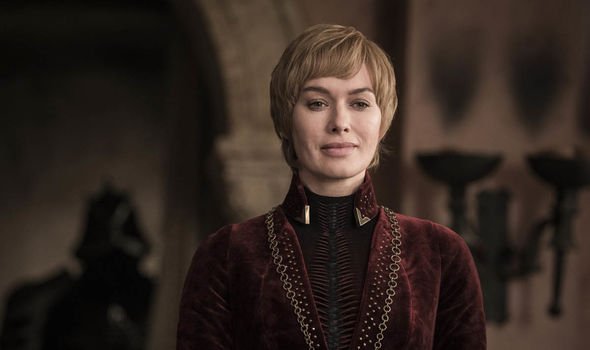 To help this process along, Tyrion frees Jaime Lannister (Nikolaj Coster-Waldau), who Dany’s army had captured as he was trying to make his way back to Cersei Lannister (Lena Headey).

Also trying to hunt down Cersei is Arya Stark (Maisie Williams), who sneaks into King’s Landing with Sandor “The Hound” Clegane (Rory McCann), who is trying to kill his brother Gregor ‘The Mountain’ Clegane (Hafþór Júlíus Björnsson).

While this is happening, Dany and her remaining dragon Drogon make easy work of Euron’s fleet as well as the Golden Company, the sellsword army headed by Harry Strickland (Marc Rissmann).

Euron abandons ship, and ends up on the beach of King’s Landing close to the secret entrance to the Red Keep, where he meets Jaime, who kills the Greyjoy but is left with mortal wounds.

The bells of King’s Landing do ring, but Dany nevertheless attacks the city with Drogon, wreaking havoc.

WHO DIED IN GAME OF THRONES SEASON 8 EPISODE 5? 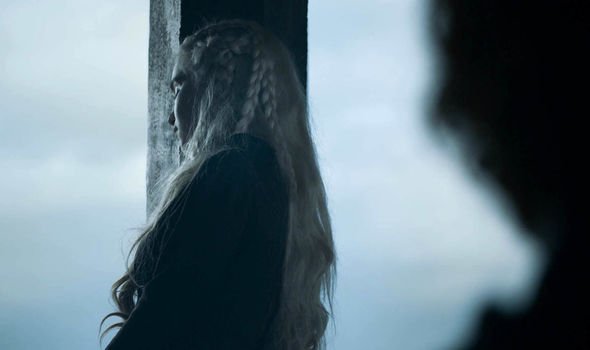 Grey Worm (Jacob Anderson) takes this as a sign to start attacking the city, though Jon tries to stop him.

Seeing that the situation is hopeless, The Hound tells Arya that if she tries to find Cersei in the wreckage, she too will die, leading the young Stark to try and flee the city.

The Hound finds The Mountain, but neither is able to kill the other, so the former throws both of them off of a tower and into the fire.

Shortly before this, The Mountain throws Maester Qyburn (Anton Lesser) aside and he dies after smashing his head on a rock.

This leaves Cersei without her bodyguard or her Hand, though she is reunited with Jaime as he is dying.

HOW TO WATCH GAME OF THRONES SEASON 8 EPISODE 5 ONLINE 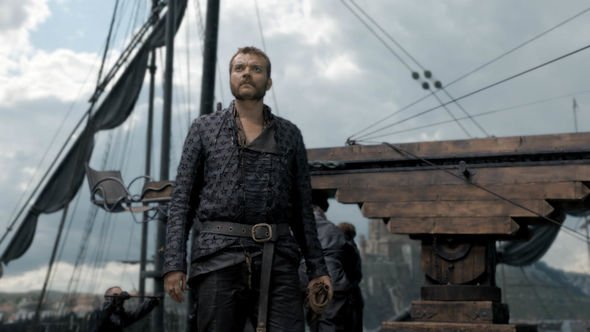 They try and escape the city together, but die after the castle foundations collapse in on them.

She encounters a white horse among the rubble of the city, which some fans have speculated symbolises that she has become the angel of death, other have said is a transformation of her brother Bran Stark (Isaac Hempstead-Wright), though may in fact just be a horse.

Whatever the horse means, the episode ends with her riding away, surely to reunite with Sansa Stark (Sophie Turner) and Jon against Daenerys in the Game of Thrones series finale.