Game of Thrones season eight, episode six will be broadcast on HBO in America on Sunday, May 19 at 9pm ET. Sky Atlantic in the UK will airing the show at exactly the same time, which due to the time difference means Monday, May 20 at 2am BST. Sky Atlantic will be repeating GOT 73 at 9pm for those who didn’t stay up to watch the initial screening or didn’t record it. NOW TV subscribers can either stream the episode live or watch on catch up on platform.

What will happen in Game of Thrones season 8, episode 6?

The GOT 73 preview is the shortest one this year and gives very little away with mere split-second snapshots.

The trailer opens with decimation in the aftermath of the Battle of King’s Landing, which lies in a ruinous state after Daenerys Targaryen (played by Emilia Clarke) unleashed her wrath this week.

Once majestic buildings now lie in so many piles of rubble and ash as the survivors of the conflict are left reeling by the merciless Mad Queen.

As the dust settles and the stench of death and decay lies heavy in the air, Tyrion Lannister (Peter Dinklage) surveys the damage as crowds of people shout out. 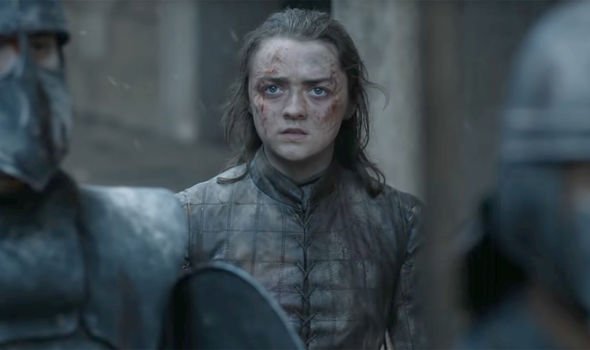 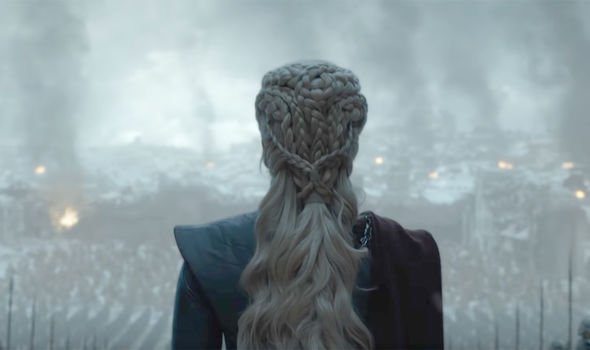 He is shocked by the chaos that he unwittingly had a hand in. With thousands of men, women and children now dead because of his inaction and blind faith in Daenerys, could Tyrion realise the error of his ways and try to make amends?

Arya Stark (Maisie Williams) is also seen amid the destruction with a haunted look in her eyes. She is left stunned by Daenerys’ behaviour which has brought fire and blood down upon innocents for the sake of the Iron Throne.

Both Arya and Sansa Stark (Sophie Turner) tried to warn Jon Snow (Kit Harington) not to trust the Mother of Dragons but he failed to heed their advice out of a blind and unwavering love and trust.

Instead, Arya could be forced to assassinate Daenerys and stop the reign of another mad Targaryen monarch.

HOW MANY EPISODES ARE IN GAME OF THRONES SEASON 8?

The last few shots see the remaining Dothraki, whi weren’t slaughtered in the Battle of Winterfell, cheer with their aarahks thrust high into the air.

In the final shot, the new queen of the Seven Kingdoms, Daenerys looks out over her city at the desolation that has become the capital of Westeros.

Only the back of her head can be seen, her expression remains a mystery but judging from the cheers of the Dothraki and her Unsullied standing ready for action, she is triumphant at her bloody victory.

The makers of Game of Thrones have understandably wanted to keep the final instalment a mystery hence the lack of a preview, particularly after purported leaks for the last two episodes of season eight were doing the rounds on social media last week.

WHAT COLOUR EYES DOES DAENERYS TARGARYEN HAVE? 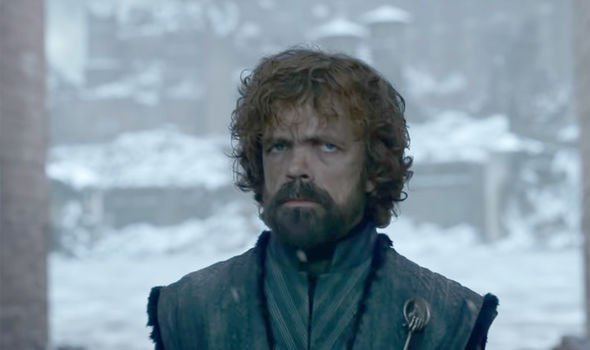 Episode six will follow on from this week’s instalment called The Bells in which Varys (Conleth Hill) met an end after his betrayal was discovered with Tyrion spilling the beans.

Cersei Lannister (Lena Headey) got her just desserts too when she perished in the Red Keep in the arms of her beloved brother-lover Jaime (Nikolaj Coster-Waldau) as her city was laid to waste by Daenerys.

Both Tyrion and Jon realised their folly as they failed to placate Dany as she burnt down the city and became much like her father Aerys Targaryen (David Rintoul).

13/05/2019 TV & Movies Comments Off on Game of Thrones season 8, episode 6 preview: What will happen in the finale?
Lifestyle