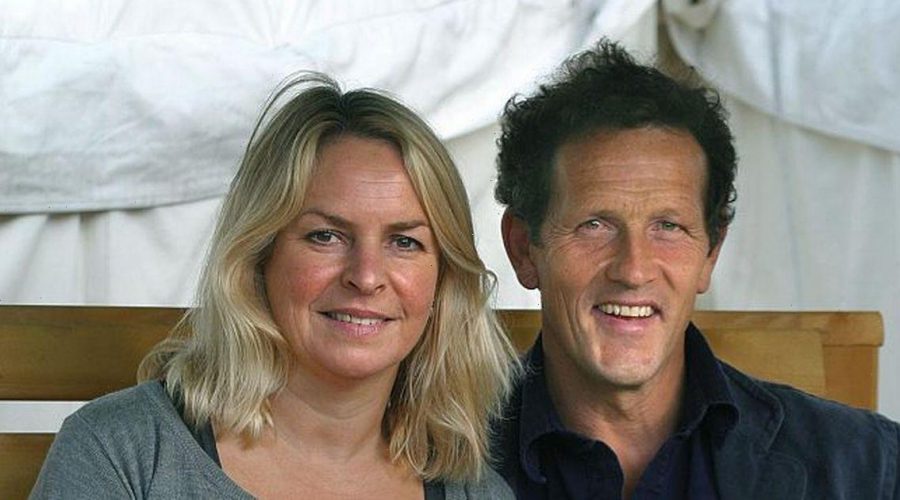 Even if you’re not green-fingered, it would be hard to find someone who hasn't heard of the charismatic gardening aficionado Monty Don.

The much-loved frontman of Gardeners' World, with his mop of curly hair, has brought horticulture to the masses and he has a legion of loyal fans. Not only does he present the hit BBC gardening show, but Monty has also written more than 25 books on the subject, is a columnist for two national newspapers and has indeed described himself as a “professional writer and an amateur gardener”.

Monty, 67, is also widely known for his stylish gardening attire and once said he received fan mail about his wardrobe choices.

But he has always said his success is also down to his wife, Sarah, and that every decision made about their magnificent garden, Longmeadow, is a joint one.

Here is all you need to know about Monty’s elegant wife, who he married nearly 40 years ago.

Monty and Sarah met when they were both studying at the University of Cambridge. Monty was reading English at Magdelene College and Sarah was a trained jeweller and architect.

To woo her Monty once said at the Edinburgh Literary Festival that he cut Sarah’s lawn by hand with kitchen scissors because he couldn't find the keys to the shed with the lawnmower in it.

He added: "She thought then as she does now, I was a fool.

“But a romantic fool. We were only 25 but we bought a house with the biggest garden we could afford."

The pair married in 1983 and originally lived in Islington, north London, because Monty was studying at the London School of Economics.

Don and Sarah then moved to Hackney before eventually ending up at Longmeadow near Leominster, Herefordshire, in around 1991.

Monty recently described their love as “evergreen” in a romantic throwback post saying: “This picture is a little faded, a little wrinkly, like us but the love is as evergreen and strong now as it was all those years ago."

As mentioned above, Longmeadow is not merely Don's creation – Sarah's influence is also paramount to its beauty and success. Don has often applauded her support and said on the Gardeners' World podcast that the garden belongs to them both equally.

Monty said: "One of the things I always say privately and I should say publicly at every opportunity, it's her garden as much as mine.

He went on today that “every significant decision” has to be made in agreement even if it “might take two years before a plant goes in the ground”.

He said it’s a “very good way” to run a system even if there are “terrible rows, a lot of persuading and negotiation”.

Monty and Sarah have three children, Tom, Adam and Freya, as well as two grandchildren.

The pair have even written a book together, called The Jewel Garden – in which Sarah recalled that she could not walk after the birth of Freya, due to a “bodged” delivery.

She wrote: "I was ill months after our daughter was born despite having had a supposedly film-star birth at an enormously expensive private London hospital.

"I had slipped a disc and was so anaemic that I needed a blood transfusion."

Sarah said that as soon as her package was up she was discharged and had to pay her medical bills on the spot as if she was checking out of a hotel.

She added: "I was unable to walk or stand properly for over a year."

Surprisingly, before becoming a gardening god, from 1981 Monty and Sarah ran a high-end jewellery business called Monty Don Jewellery in Knightsbridge, London. They were stocked in swanky shops such as Harrods and Liberty and had hundreds of staff – A-list customers even included Michael Jackson and Princess Diana.

Monty told the Independent that Sarah – the trained jeweller – was “75 per cent of the designing brains” while he was the salesman.

However, when the stock market crashed in 1987, the business collapsed and went bankrupt.

Don recalled: “Our collapse was spectacular. We were all along pretending to be businessmen and now our cover had been blown.

“But I was working with someone I loved. And I loved the tools and the skills that came with it. We certainly learnt a good deal from the whole experience."

But Sarah said of the experience that she felt largely ignored and “humiliated” despite being a driving force in the business.

She said: "I would spend months working on a creation, drawing, refining, going backwards and forwards to the factory, checking samples, sorting out publicity.

“It was always a collaboration, though the factory owner who made up our jewellery only seems to listen to [Monty].

After they went bankrupt and Monty spend a year on the dole trying to sort out the financial mess the jewellery business brought – including selling all their furniture at a market – he fell into a deep depression and turned to gardening to help him cope.

One of his children even asked Sarah, “why is daddy always crying?”

Monty told The Times that his wife told him he needed to get help because she couldn't cope with three small children plus “our life as it is” and said: “I need help and the only way I can get help is for you to get help.”

Monty explained: "So I did that classic thing of going to the doctor and saying my knee hurt and then he said, 'Anything else the matter?'

“Antidepressants helped initially and I had cognitive behavioural therapy on the NHS, which was very good.“

"And I did use a light box; that was also good."

Monty now has more than a million followers on social media and has been described as the “nation’s gardener”.

He has an OBE and is a household name.

But remember, behind every great man, there’s a great woman… here’s to Sarah Don!