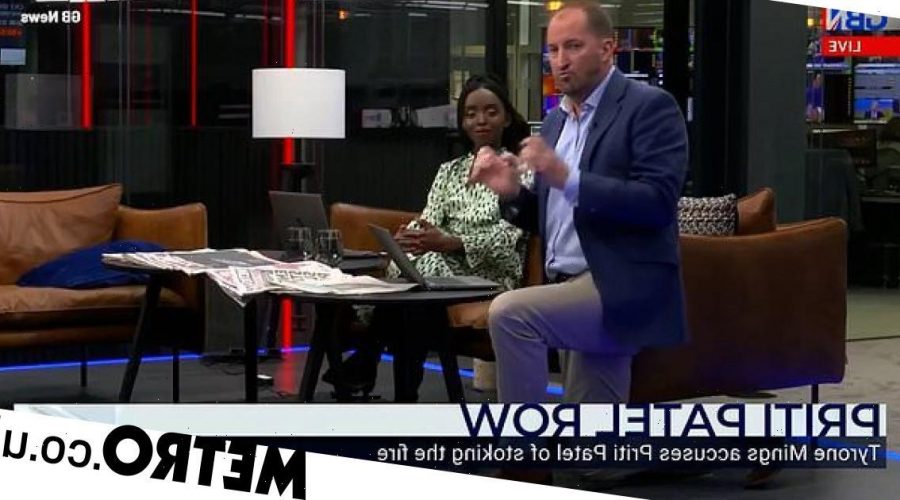 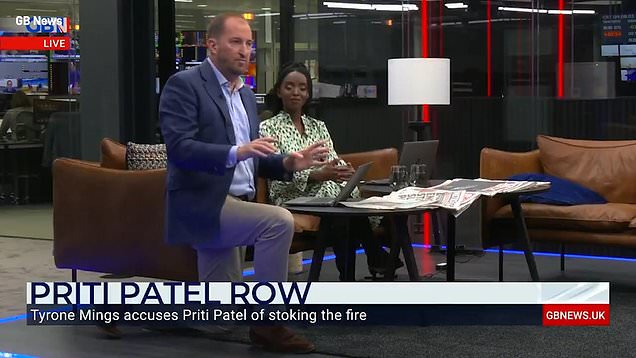 GB News presenter Guto Harri has reportedly been suspended after taking the knee in solidarity with the England team live on air.

On Tuesday, Harri, a contributing presenter for the month-old channel, said that he now ‘got’ why the team took the knee in opposition to racism ahead of their Euro 2020 matches, after Marcus Rashford, Bukayo Saka and Jadon Sancho were subjected to racist abuse after missing penalties in the final against Italy.

He said: ‘I’ve never understood why people find it offensive. I tended to be one of those people who thought “do we really need to do this at every football match?”

‘But having seen just how close to the surface how hideously ugly racism among some English fans is, I totally get it why this squad throughout wanted to make a stand, day in, day out, every time they took to the pitch.

‘With the benefit of hindsight, I might have underestimated how close to the surface the racism is.’

The 55-year-old then took the knee himself.

Three days later, Harri has been ‘indefinitely taken off air’, according to The Guardian, amid backlash against the gesture from viewers.

GB News was accused of backtracking on its ‘anti-woke’ stance and losing credibility by disgruntled viewers, some of whom pledged to boycott the channel over the gesture. 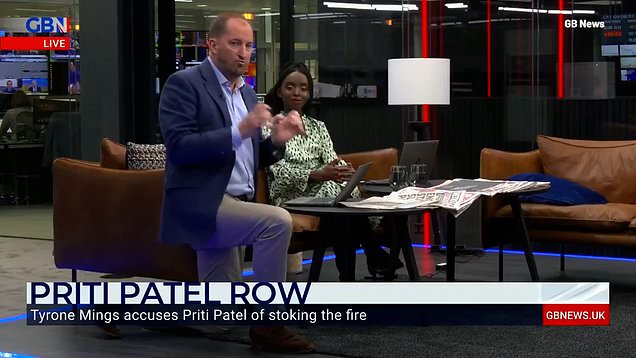 Welsh presenter Harri defended his gesture, tweeting: ‘GB News is – above all – about free speech; having the debates others won’t. English footballers have made it clear that when they take the knee they are making a clear statement about rejecting racism (not endorsing the narrow divisive aims of BLM). I support them.’

However, GB News later issued a statement saying that while it ‘stands against racism in all its forms’, Harri’s gesture constituted a breach of their standards.

A Twitter thread from the channel read: ‘GB News stands four square against racism in all its forms. We do not have a company line on taking the knee. Some of our guests have been in favour, some against. All are anti-racist. We have editorial standards that all GB News journalists uphold.

‘On Tuesday a contributing presenter took the knee live on air and this was an unacceptable breach of our standards. We let both sides of the argument down by oversimplifying a very complex issue.’

It is unclear which part of GB News’s editorial charter Harri taking the knee breached.