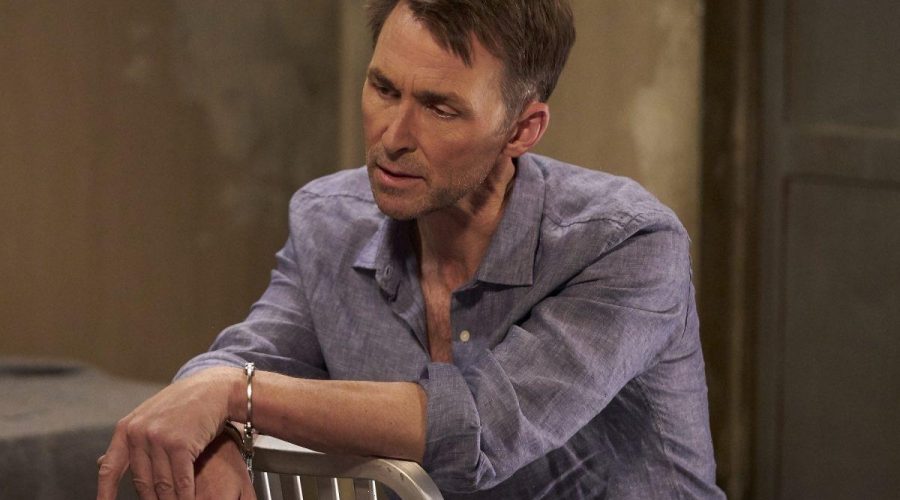 Like every other soap opera, General Hospital periodically makes their child actors undergo what’s called SORAS. And, this week, it was announced that Valentin’s daughter, Charlotte Cassadine, was hit by the syndrome. Unfortunately, that means that the old actor is out — and a new actor is in.

SORAS is a soap opera industry-specific term that stands for Soap Opera Rapid Aging Syndrome. It’s when a character, usually a child, is “rapidly aged” that’s in conflict with “real-time” events. Using General Hospital as an example, Valentin’s daughter was first SORASed in 2016. She went from being a baby to a young child.

Though SORAS is often used in the soap opera world, it’s sometimes used in primetime television too. For example, the character of Chrissy Seaver in Growing Pains was SORASed from a toddler to a five-year-old in the last season. And this was even referenced, as a joke, in the show as well.

It’s unclear why General Hospital is SORASing Valentin’s daughter. But what’s clear is that Scarlett Fernandez is now leaving the show.

In an Instagram post, Fernandez revealed that she was leaving the show. She sent a warm thank you to all of the cast and crew on General Hospital for the experience.

“I’m super grateful for the opportunity that [Frank Valentini] and [Mark Teschner] gave me in 2016,” she wrote in the caption. “Playing Charlotte Cassadine was my favorite and I’m sad it’s come to an end. I will miss my castmates and the crew and I know the fans will support the new actor playing Charlotte.”

Fernandez’s post was met with wide support from fans. They felt sad to see her go. And they said that they would definitely support the new actor when she was finally cast. However, it’s unclear who that actor will be. But we will definitely keep you posted with any casting updates as they come along.

Other ‘GH’ comings and goings

There is some good news on the General Hospital comings and goings front, however. Soap opera fans were thrilled when it was revealed that Kristina Wagner — the once and forever Felicia — was back on the canvas. Now, SoapHub has exclusively revealed that Wagner has signed on to be a contract player on the soap!

“It seems the actress has inked a new contract with the soap, her first since 2012,” reports the outlet. “Expect Felicia to play a pivotal role in a front-burner storyline.”

Jeff Kober, of course, is back at General Hospital as Cyrus. He’ll be playing a pivotal role in the Laura story. Laura, of course, believes her devious sibling is trying to kill her — and he, of course, swears that he isn’t. (Spoiler alert: he’s not. But you won’t believe who is!) This is definitely a great week to tune in!