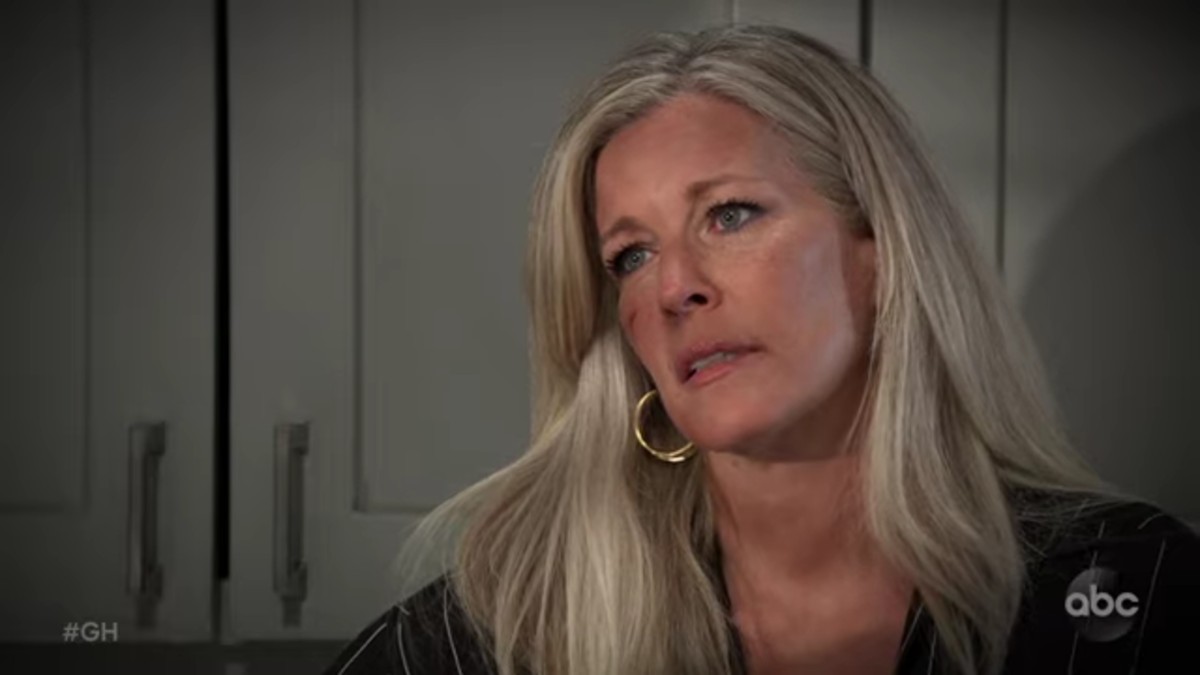 General Hospital spoilers for this week promises emotions will be running high.

After coming off Wiley’s kidnapping, there is a lot to unwrap. Port Charles has been rocked to the core with Nelle’s (Chloe Lanier) chaos, and this week, it doesn’t end.

The reintroduction to Dante (Dominic Zamprogna) on General Hospital has been slow and steady. News of his return debuted on the soap’s first day back with new episodes, and now, a month later, viewers are finding out what is going on with him.

This week, Olivia (Lisa LoCicero) tells Ned (Wally Kurth) she has to leave if she wants to see her son. Dante is all she can think about, and after Robert (Tristan Rogers) delivered the news he could get her in, she is ready to go.

It is terrible timing, though.

Brook Lynn (Briana Lane) is recovering from surgery after Nelle slashed her throat and possibly ruined her vocal cords forever. Now, Olivia is leaving her husband to deal with the family crisis as she heads off to see the son she loves more than life itself.

Chase (Josh Swickard) is going to have a change of heart this week based on the custody ruling, kidnapping, and Nelle’s disappearance. He is going to tell Sasha (Sofia Mattsson) that he wants to come clean.

He believes Willow (Katelyn MacMullen) still loves him. He wants to be with her and rekindle the love they had before he and Sasha had the idea to lie about their affair to pair Michael (Chad Duell) with Willow.

Unfortunately, that isn’t the best idea. Following the kidnapping and worrisome times, Willow and Michael have grown closer than ever. They are falling in love, and now, it may be too late for the selfless partners who pushed them together.

After watching Nelle fall, Carly (Laura Wright) is not okay. Jax (Ingo Rademacher) gave her some advice to keep quiet, but will she?

It appears she does take her ex-husband’s advice. The General Hospital promo for this week shows Carly having nightmares. When Jax suggests that Nelle is gone, Carly questions if that is real.

As the story of Nelle’s disappearance unfolds, you won’t want to miss a single episode. Will she be found at the bottom of the cliff? Did she disappear to heal and return ready for revenge?

Be sure to tune in and find out!