Piers Morgan clashed with Dr Betsy McCaughey when the former 2016 campaign advisor praised President Donald Trump’s handling of the coronavirus crisis and his own actions after he tested positive for the disease last week. The Good Morning Britain host cut off McCaughey a number of times as he repeatedly pressed her to address how she could praise the President when 214,611 people had died in the United States from the virus.

When the former White House Communications Director blasted the President’s handling of the pandemic, McCaughey refused to answer Morgan.

“Betsy, you’ve got to let me ask a question,” the presenter remarked.

“It’s irrelevant,” McCaughey hit back as she slammed the guest for criticising Trump.

She then began to list off Trump’s achievements as she noted he “blocked the borders” to keep the virus under control. 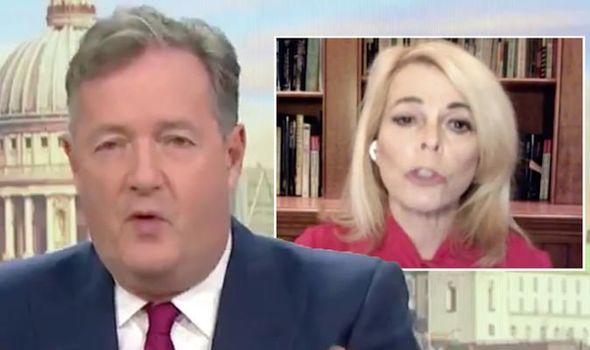 “He utilised the private sector to get enough ventilators not just for the States but for the world,” she added.

Interrupting, Morgan asked: “Why did 200,000 people die? If he ran it so well why did a quarter of the total deaths come from the States?”

McCaughey continued to deflect the question but Morgan repeated: “Sorry, with respect why do you have a quarter of the total deaths?”

The former adviser explained the figure by stating the United States had the biggest population to be impacted by the virus.

“No you don’t,” Morgan hit back. “What are you talking about? You have a population that’s a quarter of China.”

05/10/2020 TV & Movies Comments Off on GMB row explodes as Piers clashes with former Trump aide ‘What are you talking about?’
Lifestyle