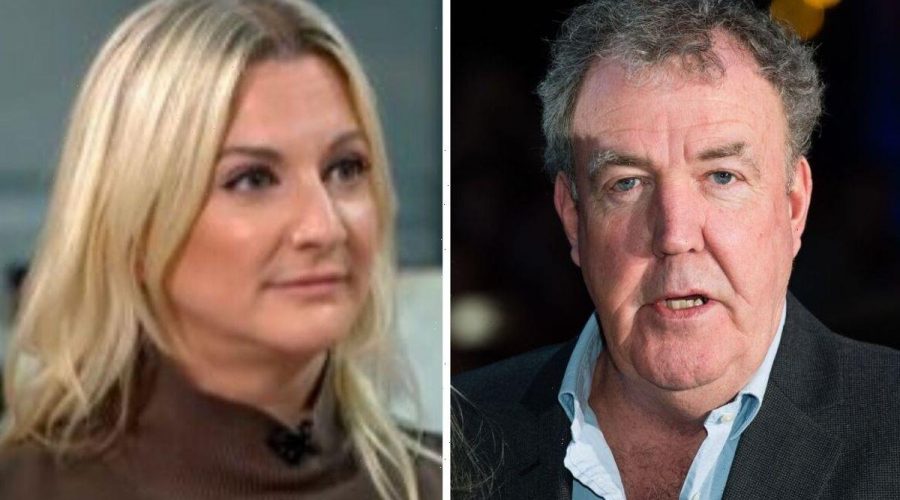 Last week, presenter Jeremy Clarkson wrote a hate-filled column against The Duchess of Sussex. In the piece, the 62-year-old confessed his hatred for her was greater than it is for convicted serial killer Rose West. He also mentioned he dreams of the day she parades naked through the streets while excrement is thrown at her.

Touching on the strong comments in the piece, Alex seemed to defend the former Top Gear host as she said it was “classic Clarkson.”

The journalist highlighted the Game of Thrones reference made by Jeremy and confessed there were parts in the piece she found funny.

After listening to Alex, it wasn’t long before people watching took to Twitter to share their outrage.

BelindaConniss7 said: “@GMB Who the hell is that woman defending #JeremyClarkson get her off, my God she needs to just SHUT UP!”

JayneSmith11591 slammed: “Appalled at your guest who thinks it’s ok for Jeremy Clarkson to write such vile abuse at Megan Markle! Make no wonder she and Harry left our country. Hasn’t she been through enough with the press without him adding to it? There is NOTHING remotely funny about it!!!”

SuzyF33203078 added: “I agree with Adil, this whole story makes me very uncomfortable, I feel sorry for M&H and the hate they have to deal with. I wish them well.”

“How dare she defend this as humour. Clarkson wrote he hates her on a cellular level, unlike Rose West (a child killer). Anything after that is far from a joke or humour. If he gets away with this it will be outrageous.” Commented Twitter user JulietJ98067905.

NorthumbriaPole said: “That awful blond was despicably defending the indefensible.”

While JAllen20 added: “That blonde woman who screamed all over him is as disgusting as Clarkson. I am glad Adil called her out and to be fair she shouldn’t have been given any platform to further Clarkson’s hateful column.”

In the interview, Alex said that Jeremy was pushing boundaries to be offensive but isn’t to be taken seriously.

Presenter Adil Ray questioned the journalist on whether or not she’d write a piece like Jeremy to push the same boundaries.

“It’s not the things I would say, I’m not a stand-up comedian.”

Pointing out that neither is the Clarkson Farm star, Alex told Adil Jeremy’s words are there to be found funny as it always has been.

He asked: “Did you laugh at that? At Meghan Markle being paraded down a street, you laughed?

Alex replied: “There are parts of that column that I found really funny, of course, I did!

Appalled that she admitted to finding certain elements humorous, Adil wanted to know why she found the thought of people throwing excrement at Meghan funny.

Mentioning that was something that had happened in an episode of Game of Thrones, she added: “Does he mean it? Of course, he doesn’t mean it literally.”

Good Morning Britain continues weekdays on ITV from 6am.