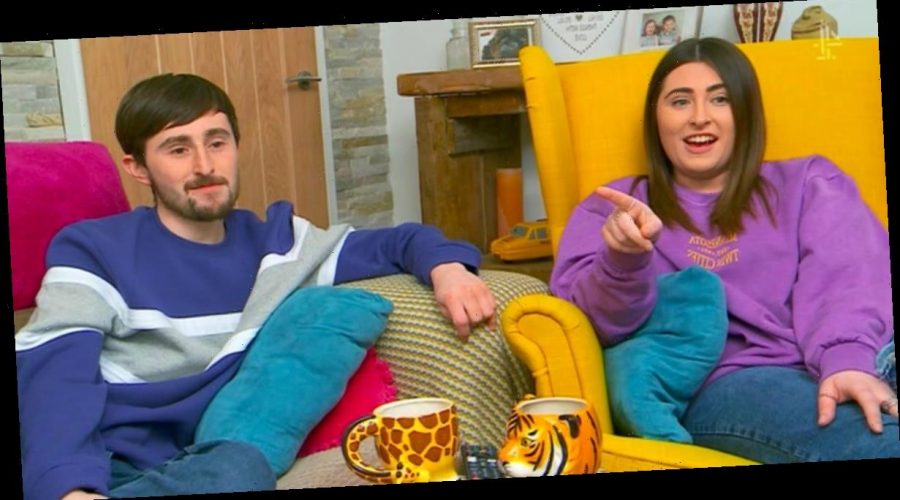 The northern siblings chuckled to themselves after hearing Prince Harry told Orpah his family initially debated if Meghan should continue working.

Prince William's estranged brother told Oprah that at the start they discussed if Meghan should 'carry on acting' despite entering the institution.

Watching open mouthed, the duo laughed with each other before Sophie said: "What they really wanted was Meghan to be working in the gift shop."

As Harry told Oprah that the discussion was around concerns about the cost of protecting Meghan as she entered the fold, Pete chimed in: "Here you go, 30 hours a week in the gift shop should cover it."

Laughing at the comment, one viewer wrote: "Get her a shift in the gift shop! haha."

Another added: "2020s – It would be zero hours contract in the gift shop. #Gogglebox."

A third chimed in: "Stick her in the gift shop!! Before laughing crying emojis."

Meanwhile, Brighton based hairdresser Chris laughed to his partner that he thought the royals wanted Meghan on EastEnders.

Despite making light out of the comment, both Pete and Sophie were concerned to hear Meghan tell of her struggles to adjust to life in the royal family.

Sophie was horrified as Meghan claimed she went for help but was refused any as it "would look bad on the institution".

Later on Meghan went on to tell Oprah how she hit rock bottom at being left unsupported.

Recalling a time trip to the Royal Albert Hall, Meghan said: "Every time those lights went down in that royal box, I was just weeping.

"He was gripping my hand and it was 'Okay an intermission's coming' … and you had to just be 'on' again.

"You have no idea what's going on for someone behind closed doors.

"Even the people that smile the biggest smiles and shine the brightest lights, it seems."