Adil Ray, 46, has become more of a regular face on Good Morning Britain recently, having hosted the show over the summer with a number of different colleagues. The actor turned broadcaster has made several stints as a presenter on the ITV news programme since he made his first appearance back in 2018. He has sat alongside the likes of Kate, 53, Ranvir Singh, 43, and Charlotte Hawkins, 45, in latter weeks but will be joining Susanna, 49, at the helm for his first time since the summer.

BREXIT BULLETIN: Sign up for our special edition newsletter with exclusive insight from this week’s crunch talks

This is because Piers Morgan, 55, is only contracted to host proceedings from Monday to Wednesday, with a number of his other colleagues stepping in to replace him.

It is usually Ben Shephard, 45, who sits in for the outspoken journalist, but Adil is being brought in from his usual holiday cover shifts.

The announcement was made via his official Twitter page where the actor couldn’t help but express his excitement at being reunited with his co-stars.

Taking to the social media platform and in view of his 68,400 followers, he wrote: “So delighted to be joining the team @GMB tomorrow for one day only from six.

“Do join us with fellow Midlander & fab guest @Beverleyknight @kategarraway @susannareid100,” he continued. 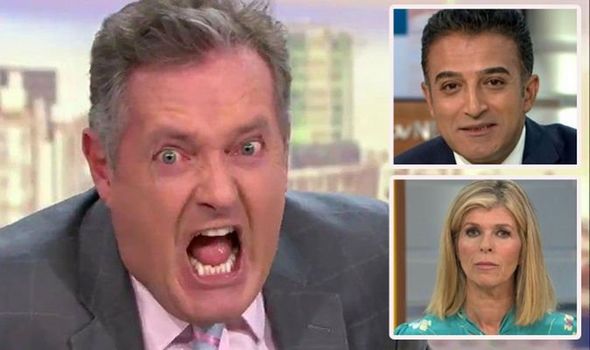 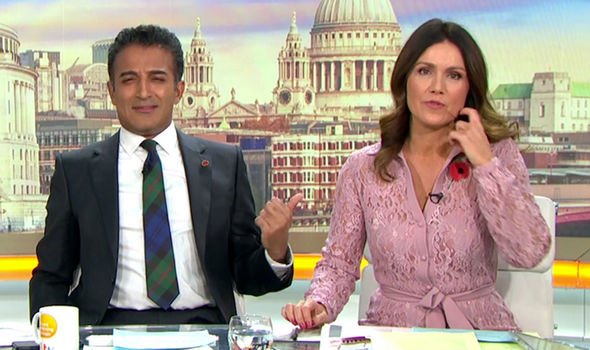 In response to the announcement, viewers also expressed their glee at the thought of seeing the actor back behind the desk.

One wrote: “So glad your back on TV. You’re a ray of sunshine xxxx,” with another adding: “Have a great morning with the girls Adil xx.”

“Will be watching. Why can’t it be Kate, Ben and you all the time?” a third asked to which a fourth remarked: “Have a great show.” 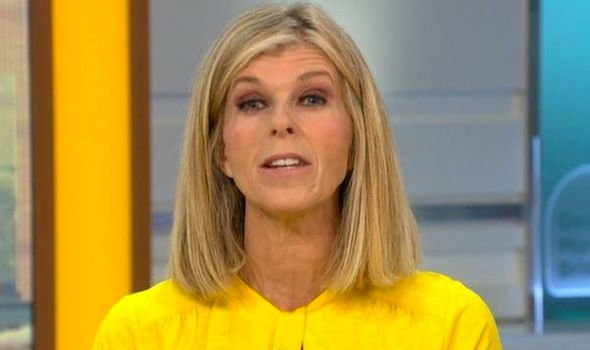 So delighted to be joining the team

Adil isn’t the only member of the team making a return as it will be Kate’s first time back at the helm since she announced a temporary departure from the show last month.

With school back in session, she revealed to viewers she was taking some time out to spend some quality time with her two children, Billy and Darcey.

The presenter also explained she was going to be making more visits to her husband Derek Draper, 53, in hospital as he remains in a coma since being diagnosed with coronavirus back in April.

In this week’s edition of You Magazine, the mother-of-two spoke about the heartbreak her family has gone through over the past six months and her return to work in July.

As the person on the front cover of the latest edition of the publication, Kate took to Instagram to tell her 940,000 followers how she felt about conducting the interview.

“Thank you so much to the brilliant @youmagazine team who made me look worthy of a cover and who so sensitively handled such a personally tough interview.

“Some of whom I found out have been personally affected by loss and #covid19 themselves in recent months.

“So hope it helped you too to cherish love, hang on to hope and manage the fear we are all living with in various ways.”

The presenters will be talking about the stories making the headlines, including Prime Minister Boris Johnson’s, 55, new rule to combat the increasing spike in coronavirus cases which means members of the public won’t be able to socialise in groups of more than six.

Speaking of the new law, Susanna explained on Wednesday’s edition of the show: “I would say it’s a very confusing message for young people when the Government says, ‘Go out to the local bars, get the economy moving and go out and get a meal.

“‘We’ll cut the price by half and you go out and socialise but hang on a moment, don’t kill gran. Come back inside.’