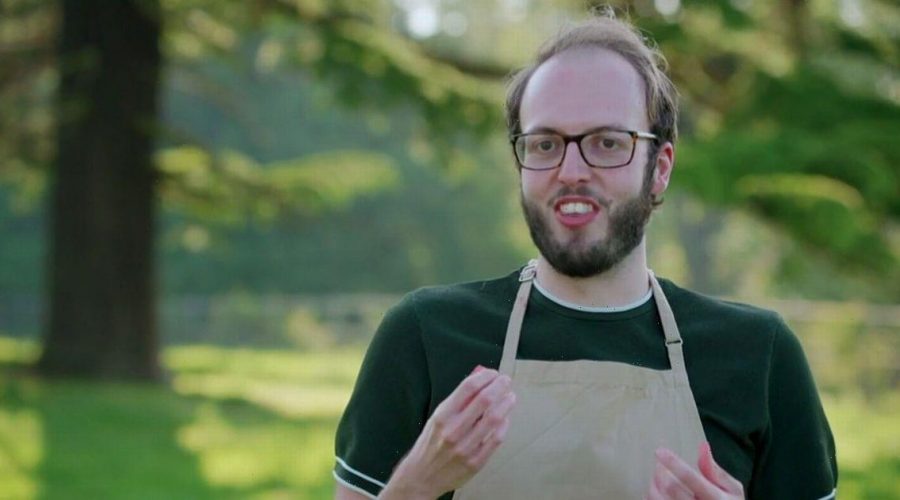 Tom was the first contestant to be eliminated from the 2021 series of The Great British Bake Off on Tuesday night.

During the opening episode, which the theme was Cake Week, the 12 bakers had to create 12 mini rolls, a malt loaf technical challenge and gravity-defying illusion cake as the showstopper challenge.

However, software developer Tom, 28, from Kent, failed to impress the judges Paul Hollywood and Prue Leith during the first episode with his "disaster" lemon and almond classically spectacular showstopper cake, which unfortunately didn't go to plan.

Matt Lucas had to deliver the sad news at the end of the episode, to which the baker said: "Absolutely, fair enough. Did not go to plan, at all! Oh dear!"

Speaking away from the tent, Tom admitted: "I always have been hard on myself, more than I really should be. But I definitely am proud of myself, and I never say that, so it must mean quite a bit."

Elsewhere during the opening episode, Paul looked almost unrecognisable as he donned a brown mullet wig and beard for a hilarious show opener.

Paul, 55, joined co-judge Prue, 81, and presenters Matt and Noel Fielding to do a GBBO version of Billy Ray Cyrus' Achy Breaky Heart with the lyrics changed to baking puns.

The four stars went all out as they donned wigs, beards and costumes while performing with a pretend band for a show opener that fans called the "best" yet.

Paul looked worlds away from his usual self with his silver locks replaced by a brown mullet wig and a matching beard as he got into character.

The Great British Bake Off continues on Tuesdays at 8pm on Channel 4.

For all your updates on The Great British Bake Off, sign up to our daily OK! newsletter.