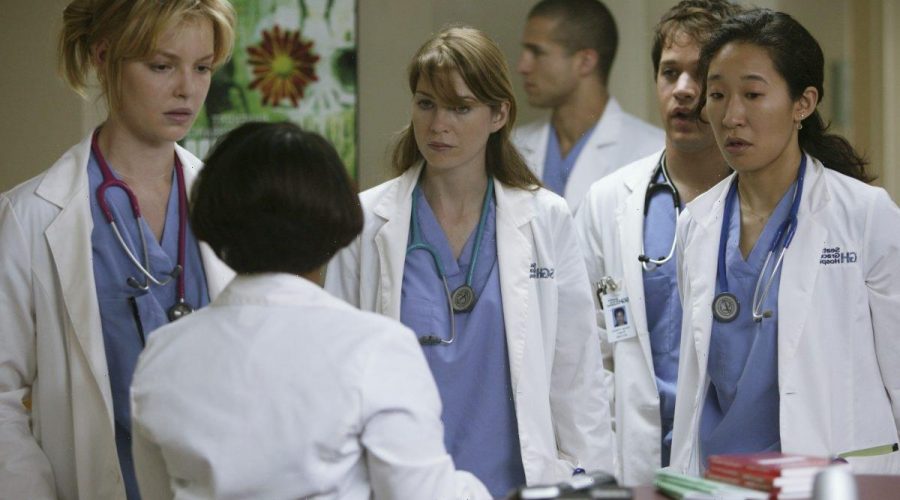 Grey’s Anatomy has been on the air for 17 seasons. During that time, the show, created by Shonda Rhimes, evolved with its actors. Some long-term friendships and relationships on Grey’s ended since its run. Many supporters created a special nickname for Meredith Grey (Ellen Pompeo) and her friends at Grey Sloan throughout the years. However, who makes up “M.A.G.I.C.” and what are their net worths today?

Who are ‘Grey’s Anatomy’ fans talking about when they mention ‘M.A.G.I.C.’?

Grey’s Anatomy premiered on ABC in March 2005. Nonetheless, the show has made historic strides and still airs new episodes on the network. Within its 17 seasons, several cast members have left the show to create other opportunities.

The ‘Grey’s Anatomy’ cast member with the highest net worth

Unfortunately, “M.A.G.I.C.” is a distant memory amongst Grey’s Anatomy fans. In season 6, George died after getting hit by a bus. Soon after, Izzie left Seattle once she got fired from the group’s residency program. For a while, Meredith, Cristina, and Alex remained the show’s main characters. However, when Cristina took a job in Switzerland, Mer and Alex were the only ones at Grey Sloan. In season 16, though, Alex moved to Kansas to reunite with Izzie.

While the last four letters of “M.A.G.I.C.” are gone, Pompeo stayed on and is a producer. According to Celebrity Net Worth, the actor is one of the highest-paid TV stars, earning an annual salary of $80 million. Additionally, she makes $20 million an episode to play Meredith.

Although Pompeo has the highest earnings, each former Grey’s cast member has an impressive net worth. Heigl, who starred in Knocked Up, and The Killers, is worth $30 million. As for Oh, she places third with a salary of $25 million. Chambers, who left Grey’s in 2020, is worth $18 million. Finally, Knight rakes in $3 million a year.

Throughout the years, Pompeo often received questions about her former castmates. The actor has said she misses the days when M.A.G.I.C. ruled the hospital’s hallways in multiple interviews. Additionally, Pompeo wants all of her original castmates in attendance if or when Grey’s Anatomy goes off the air. The medical drama wrapped up season 17 in 2021 and got renewed for season 18.

“I mean, I’d love to have some of the old cast come back,” she shared with James Corden. “That probably won’t happen, but that would be the most amazing way to [end it].”

For now, Grey’s Anatomy fans can relive “M.A.G.I.C” on Netflix.