The minute Grey’s Anatomy’s Link got a glimpse of Amelia sharing her first kiss with Kai in the winter finale (recapped in full here), we knew the fit was going to hit the shan. And in TVLine’s trio of exclusive photos from the midseason premiere of the long-running ABC drama (seen above and below), does it ever.

The images are so vivid, you can almost hear the dialogue rising off of them. Link angrily reminding Scout’s mom that she said she loved him, she just didn’t want to marry him — or anyone. But was that BS, nothing but an excuse to get her out of their relationship so that she could go and meet someone new? 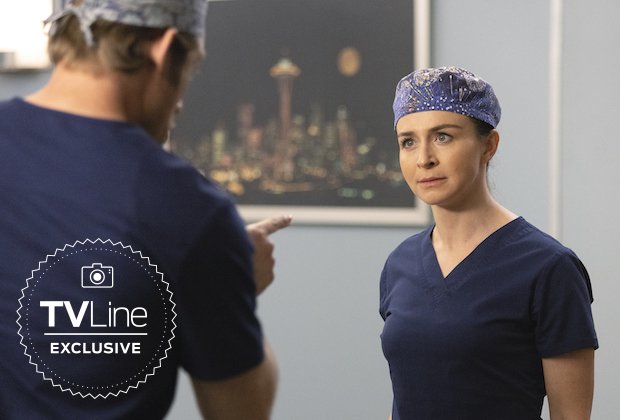 If Link’s emotions are particularly heightened — and it sure looks like they are — it’s understandable. Ever since Amelia rejected his proposal in Season 17’s finale (recapped here), he’s been slowly wrapping his brain around the fact that he still loves her, with or without a wedding ring on her finger. He’d even rehearsed a whole speech that he planned to give her! So that witnessed kiss… it had to sting (and almost as much as it hurt a smitten Jo to have him practice his declaration of love on her). 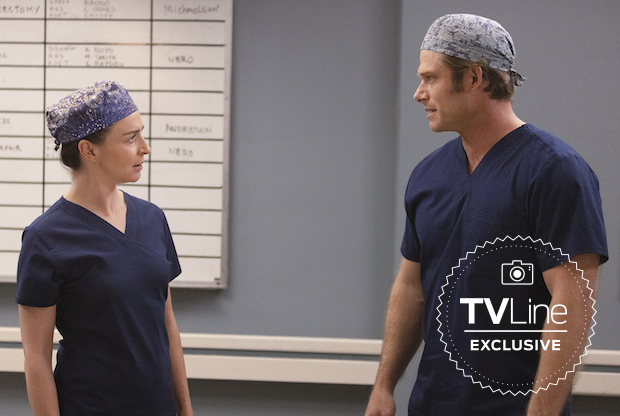 When Grey’s returns on Thursday, Feb. 24, its crossover with sister show Station 19 will also pick up where we left off with the literal cliffhanger that sent Owen plummeting 100 feet to… his death? Or merely serious bodily harm? That remains to be seen.

What do you think? Is Owen toast? Will Link and Amelia double down on their breakup just in time for her to find out that their Thanksgiving hookup left her pregnant again? Hit the comments.