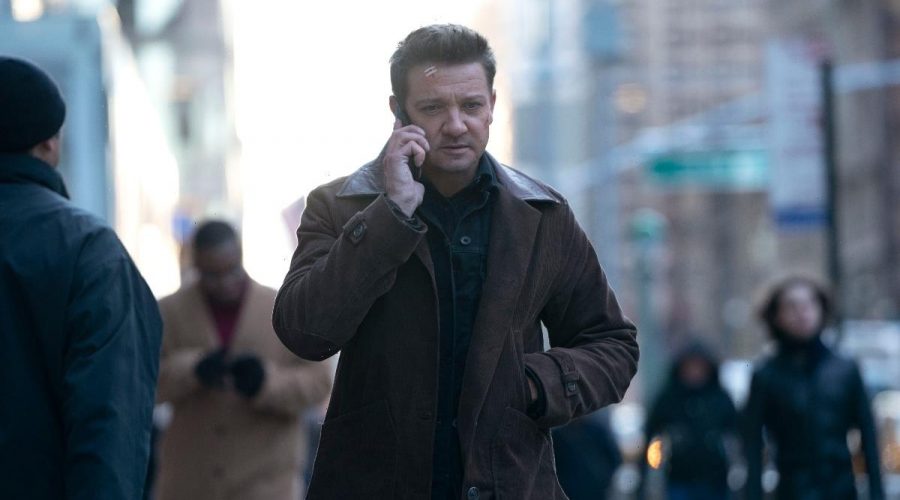 It hits the bullseye. 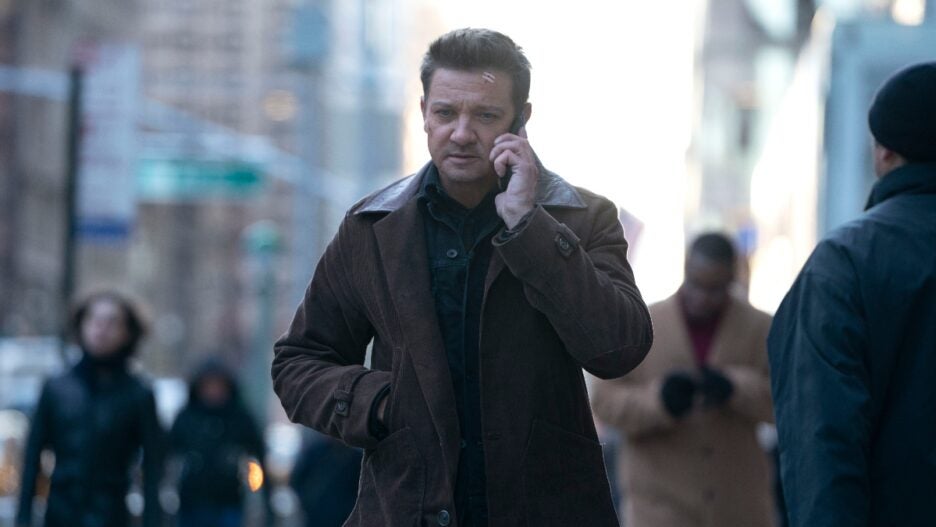 2021 began with the first-ever Marvel Studios series – the odd and alluring “WandaVision.” Since then, we have been introduced to the new Captain America in “The Falcon and the Winter Soldier,” crossed time and space (and entered the multiverse) with the rascally “Loki,” and seen what could have been in the exemplary animated series “What If?” Now, to close out the year, a new series has debuted focusing on one of the original Avengers – “Hawkeye” — starring Jeremy Renner and Hailee Steinfeld. And we are here to go deep.

Without further ado, let’s get down to business dissecting the inaugural episode of “Hawkeye!”

Back to the Battle of New York 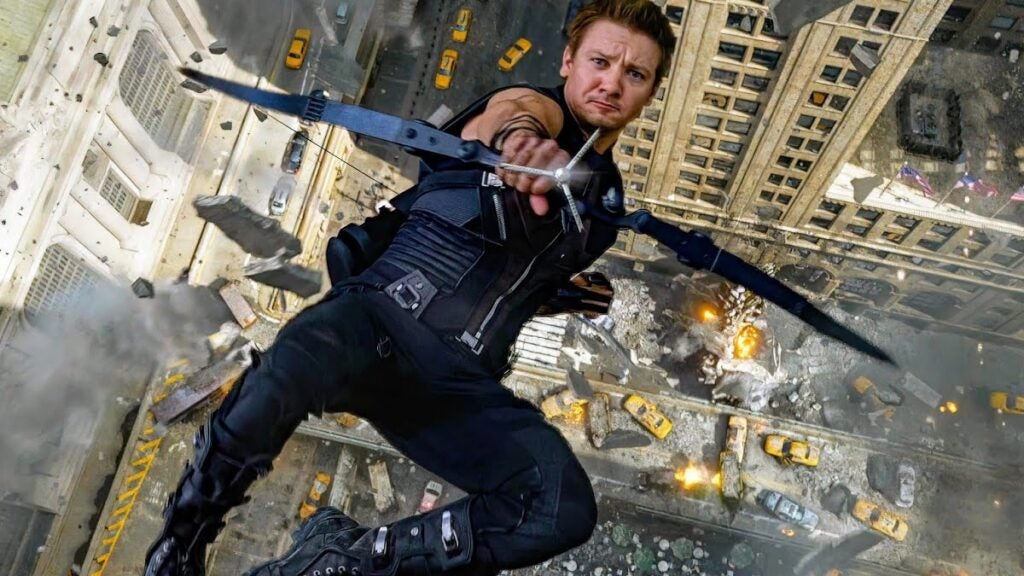 “Hawkeye” opens in New York in 2012. A young girl (spoiler alert, our future protagonist Kate Bishop) is watching her parents fight. Soon her domestic troubles are interrupted by an alien invasion. That’s right. If the “2012” didn’t set off any alarms, it should have. 2012 is when the Battle of New York — the alien invasion led by Loki (Tom Hiddleston) — first dramatized in 2012’s “The Avengers” and one of the key events of the entire Marvel Cinematic Universe, took place.

Kate’s a rich kid and her parents’ swanky penthouse apartment is right across from Avengers Tower (then, Stark Tower). The building takes a considerable amount of damage, with the ceiling caving in and a large section of the wall completely obliterated. Then, young Kate looks out and sees a hero. A hero with a bow and arrow. Hawkeye himself, Clint Barton (Jeremy Renner). Taking down the alien horde. And saving the day. A distraught Kate is suddenly filled with hope (and a desire to learn archery). She asks her mother Eleanor (played by the one and only Vera Farmiga), “What if they come back?” 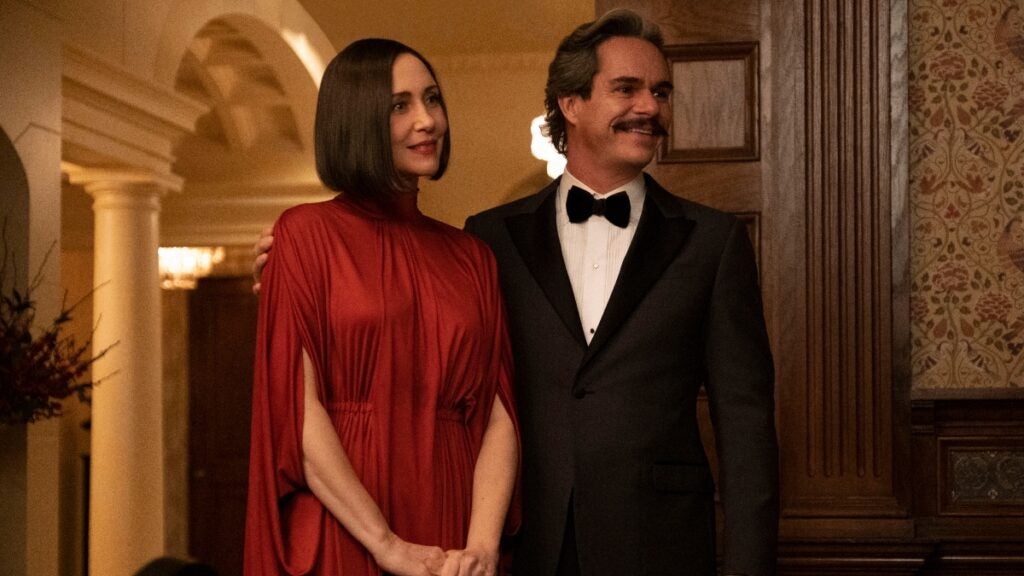 We now jump forward to modern day … or present time … or something. (Honestly the five-year time jump at the beginning of “Avengers: Endgame” still has us confused.) Kate Bishop (now played by Hailee Steinfeld) is on the cusp of graduating college. She’s out with the gals, pulling a prank with her trusty bow and arrow. She wonders if it’s the bell itself or “the dangly thingy” that makes it chime. The tower is a considerable distance away. She shoots an arrow and it hits the bell. Nothing happens. Then she decides to go for “the dangly thingy” It rings the bell … and then the bell comes crashing down, along with the rest of the tower. Kate and the girls run.

Meanwhile, in New York City, Clint Barton is taking in a Broadway show – “Rogers: The Musical.” We’re back in the Battle of New York, only this time everybody is singing and dancing (the songs were written by Marc Shaiman and Scott Wittman of “Mary Poppins Returns”). It’s funny, for sure, but Barton is having violent flashbacks at the sight of Black Widow. It’s clear that he hasn’t processed everything that has happened and is still in a lot of shock. He leaves to clear his head, sees “Thanos was right” graffiti, and a dude asking for a selfie at the urinal. Clint refuses, and it’s a joy seeing Renner slide back into the character, more wary and worn than he ever has before, but also more deeply committed to his family – to being a better husband and father.

Kate is also back in New York, and drops by her mother’s house. (Where else is she going to go?) Eleanor has got a new beau, Jack Duquesne (Tony Dalton), who has an odd fixation with swords. Jack and Eleanor are getting ready for a fancy event. Eleanor tells Kate to get ready; she’s coming too. Kate, meanwhile, is trying to figure out Jack’s deal. There is something off about him, something askew. But we (and Kate) can’t quite figure it out yet.

Somewhere else in town, Clint is trying to have the best Christmas ever (on a budget and while in New York City). They left the play halfway through and he’s with the kids eating Chinese food and taking ideas from them about what would make the best Christmas ever. (His daughter is once again played by Ava Russo, the daughter of one of the directors of “Endgame.”) As they are getting up to leave, the waiter comes by and says that the dinner is on the house, “Because you saved our city” (or something along those lines). Again, it double-underlines the importance of the Battle of New York within the Marvel Studios universe (and elsewhere – remember how indebted the crummy Netflix shows were to that event?), especially considering how many nearly universe-ending cataclysms have befallen mankind in the years since.

From one waiter to another – we follow Kate at the party/fundraiser/ritzy event. Kate is wearing a suit, and everyone thinks she is a waiter. (Like Renslayer from “Loki,” she really knows how to rock a tie.) She finds out that Eleanor and Jack are getting married, which raises her suspicions further. And she notices that Eleanor is talking to Jack’s weirdo uncle. Also somewhere in this sequence Lucky the Pizza Dog is introduced because my notes say PIZZA DOG!! 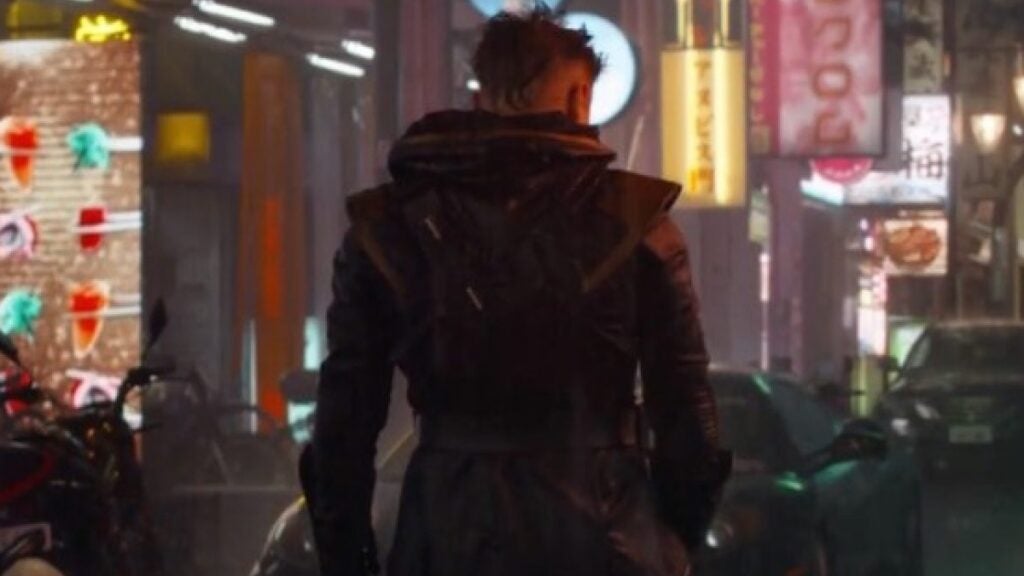 Using her waiter-like camouflage, she sneaks into the kitchen and down into an underground wine cellar. (“Things are about to get ugly,” she says.) The auction itself starts off as typical eccentric rich guy stuff, like a more mundane “Eyes Wide Shut” sex party – the first item is a fossilized dinosaur skull, which is something that Nicolas Cage once owned. (Yes, seriously.) But then things get more interesting. The auction starts selling off stuff recovered from the Avengers Compound following the events of “Avengers: Endgame,” including Ronin’s (aka Hawkeye’s) suit and sword. But the weird rich guy auction (and Kate potentially getting evicted from the party) is interrupted. Thugs enter the cellar.

“We got 90 seconds to grab the watch,” one of them says. Kate grabs the Ronin suit, putting it on. Of course this leads to a fight. And, for the most part, the action is cleanly staged and shot, even the times when it isn’t Steinfeld and is instead her stunt double are glaringly obvious

It turns out that the thugs are looking for a watch from the Avengers Compound. Kate rushes outside, fights some of them, and sees Lucky in danger. (The thugs seem to recognize Ronin, which puts her in further jeopardy.) She saves the dog. PIZZA DOG LIVES!!!

Back in their pretty nice-looking hotel room, Clint is tucking the kids in when he catches a glimpse of the local nighttime news. Somebody is running around fighting goons in his old Ronin costume. There’s a twinkle in his eye. Or maybe not twinkle. But something that combines recognition with resolve. Less twinkly. More steely.

Kate takes the dog back to her crummy loft apartment and leaves him with some pizza. (Lucky is a pizza dog after all!) She leaves and goes to Armond’s penthouse. Armond is Jack’s weird uncle. She finds Armond murdered. The scene is pretty bloody, especially for the mostly bloodless MCU. Outside, the goons show up and start after her. Hawkeye corners her in an alleyway. He pins her up against the wall and takes off her mask. “Who the hell are you?” he asks. And the episode ends.