After a long week of waiting, it’s finally here — the finale of HBO’s hit drama series, Euphoria. Will Nate be brought to justice? Will Fez go to jail? Here’s our recap of Euphoria’s eighth episode, entitled “And Salt the Earth Behind You.” 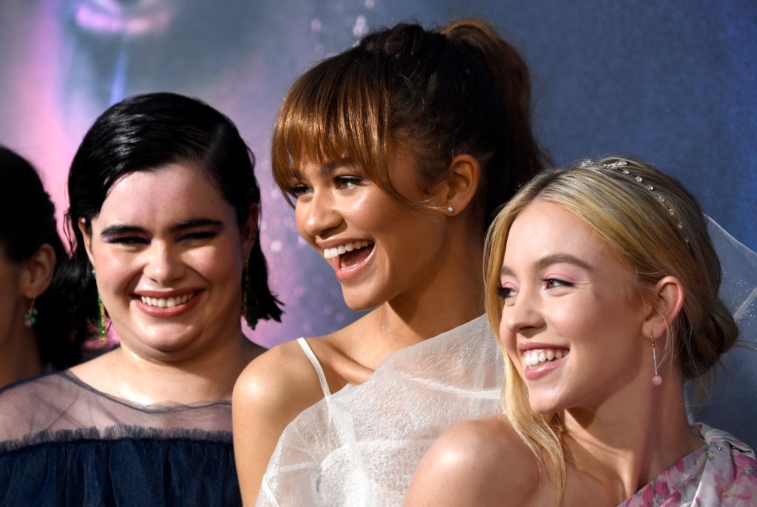 Rue, Jules, and the rest of East Highland go to Winter formal

They imagined formal would be magical. Cassie’s mom always tells her about how wonderful her high school years are. This high school, however, has a pretty big secret worming its way into Jules, Fez, and Rue’s lives.

At the dance, the girls try to have a good time, talking about dreaming and high school. A text from Anna interrupts Jules and she runs to the bathroom to take a picture of herself. Then, Nate walks by with another girl. Jealousy and anger boiling up in Maddy. Naturally, she grabs another guy and starts dancing away from Nate. Viewers then see a flashback of Maddy and Nate together, and Nate is having a hard time having sex with her. Maddy says she knows Nate is gay and that’s alright, but again, he grabs her and tells her otherwise. While Nate is in the shower, Maddy finds the DVD of Cal in one of Nate’s books. She takes it and leaves.

Kat and Maddy are still half-talking, as a result of Maddy calling Kat a few choice words during the last episode. So, when Kat finally sees Ethan at the formal, she walks up to him and apologizes for how she’s acted. She says she was hurt on the night of the carnival. Ethan reassures Kat that he’s liked her since the day he sat down next to her and in their unstable high school romance, he’d try his best to make sure she wouldn’t get hurt. They (finally) kiss.

and salt the earth behind you

Rue finds Jules in the bathroom, and after an awkward conversation about kissing, Jules grabs Rue and the two of them to go dance. When Nate steps off the dance floor for a minute, Rue follows him, ready to start a brawl. The scene cuts to Cassie in the doctors office. Her mom and sister are both there to support her, but still, Cassie looks almost numb as she’s answering questions. After the procedure is over, Cassie tells her mother that she feels “better” about it now.

The story shifts to Nate playing, what could be, the last football game in his high school career. He is performing well, but his teammates are struggling to catch what he’s throwing. As a result, Nate runs into the end-zone and wins the game. During a conversation with his dad later, Cal explains that winning the game means nothing if Nate loses control of his team. In the long run, his father says, if he doesn’t lead, he’ll lose. Nate gets angry and starts physically fighting his father. Cal wins, and viewers see that toxic masculinity exploding out of Nate. He screams, probably because he’s mad at himself, but probably because he’s mad about the wrong things.

Back at the dance, Rue saunters up to Nate and says that she knows he called the cops on Fez. She warns him that if he keeps messing with Fez and Jules she will go to the police, because what does she have to lose? Nate brushes it off and tries to make Rue lose her focus, saying that Jules is going places and in ten years, won’t even remember her. Rue, obviously a little shaken by this news, asks Jules to run away with her. Jules says yes.

The finale of ‘Euphoria’ is a little confusing

Meanwhile, with Fez, who doesn’t have money to pay his drug dealer back, (thanks for calling the police, he goes to a doctor’s house in a desperate search to repay his debt to Mouse. He tries to rob the man without hurting him, but the doctor reaches for a gun and tries to shoot Fez. We don’t see what happens amidst the struggle, but Fez eventually gets the bloodstained money, which doesn’t make Mouse happy. Does Mouse kill Fez? Does he stop dealing him drugs? Viewers have to wait until next season to find out.

Back with the “happy” couple, Rue and Jules buy their train tickets, and Rue is clearly having second thoughts. She asks Jules, again, if this is a bad idea and Jules assures her it’s a great idea. Still, Rue hesitates to step on the train. She tells Jules that her family will be worried about her, that her mom and Gia will think she went missing. Jules says she loves Rue and kisses her hand, begging her to come into the city. Viewers hear the voice of Rue’s mother as we watch the train pull away from Rue: “there will be moments of relief in her and in you. Moments that feel so normal and calm and rewarding that you’ll find yourself praying they last forever.”

After leaving Jules at the train station, Rue walks back to her house, sobbing. We see a little bit about her past and learn that the hoodie she always wears was actually her father’s. Then, Rue relapses. What comes next is still to be determined on the next season of Euphoria.