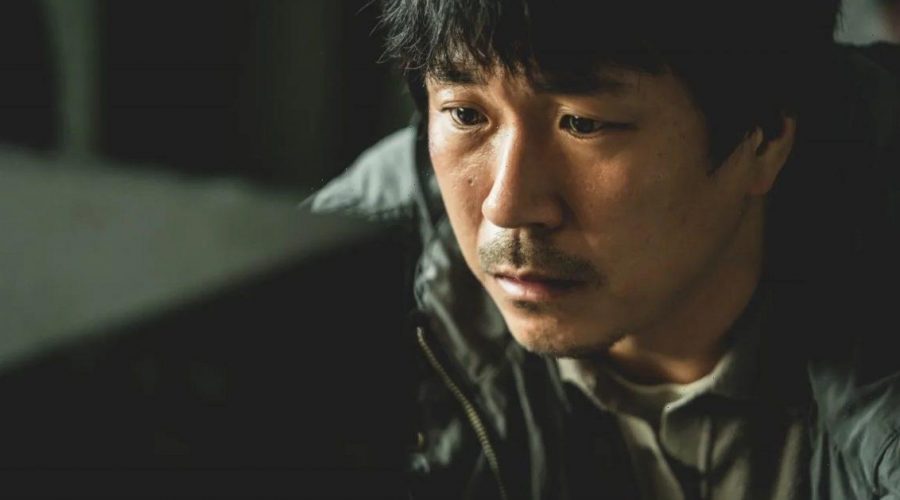 Netflix‘s Hellbound left fans with a lot of unanswered questions at the end of episode 6. But one minor character has fans questioning if he is more important than he appears. In Hellbound’s first three episodes, Jin Kyung-hoon (Yang Ik-june) was a central character and detective assigned to investigate the new supernatural phenomenons.

Kyung-hoon’s storyline changes after episode 3 of the K-drama, and he disappears. Fans theorize that the detective actually reappears at the end of Hellbound in a way that could be plausible.

What happens to Kyung-hoon in ‘Hellbound’ Episode 3?

Episode 3 changes the storyline for the K-drama moving foward. In the episode, Jung Jin-soo (Yoo Ah-in) has become a revered and famed leader of the New Truth Society. To fans’ surprise, he manages to convince Kyun-hoon’s daughter to commit murder. A drug dealer murdered Kyun-hoon’s wife, and the perpetrator was set free.

Kyung-hoon’s daughter lived in guilt, believing she caused her mother’s death. Jin-soo uses her grief to test his theories about sinners and gets back at Kyung-hoon over his comment about free will. Jin-soo has her kill the man and burn him in an incinerator. Later in the episode, Kyung-hoon watches the surveillance video implicating his daughter.

When Kyung-hoon meets with Jin-soo to confront him, Jin-soo tells him the truth. He received a prophecy 20 years ago as a teenager. Jin-soo gives Kyung-hoon a choice. He can record Jin-soo’s death by the emissaries and descend the world into chaos again or pretend it never happened. Kyung-hoon decides to turn a blind eye and escape with his daughter.

At the end of Hellbound, baby Toughie survives the prophecy. A newborn child being condemned to hell and surviving breaks the New Truth society’s doctrine. Because of this, the people who witnessed the event changed their ways and helped protect the child. Min Hye-jin (Kim Hyun-joo) takes the baby and hails a cab to get to a safe location.

According to Looper and a Reddit thread, fans believe the taxi driver who helps Hye-jin is Kyung-hoon. Keep in mind after episode 3, Hellbound has a time jump, and an older Kyung-hoon would make sense. The theory suggests that Kyung-hoon left the police force after Jin-soo’s death. Leaving the police force meant Kyung-hoon could protect his daughter from being arrested and keep the secret.

What evidence leads to the ‘Hellbound’ theory being true?

There are a few details that occur in the scene that prove the theory about Kyung-hoon and the taxi driver can be true. To start, he calls Hye-jin by her full name without ever asking who she is. When Hye-jin notices the driver does not take the main road as she asked, he explains the police set up a checkpoint. He also explains he knows a safer route and side streets.

The taxi driver has a knowing gaze indicative of a police officer who knows his fair share about the city and neighborhoods. Above all, the taxi driver’s sentiments to Hye-jin mimic what she told Jin-soo earlier in Hellbound. When Hye-jin first met Jin-soo, she told him that his doctrine destroys humanity’s free will.

In Hellbound Episode 6, the taxi driver tells Hye-jin he does not know much about God, but the world still belongs to humanity. He says humanity “should settle their own affairs.” His statement is likely implying free will. Both Hye-jin and Kyung-hoon told Jin-soo the same thing.

01/12/2021 TV & Movies Comments Off on 'Hellbound': Fans Have a Crazy Theory Linking Jin Kyung-hoon and the Taxi Driver
Lifestyle