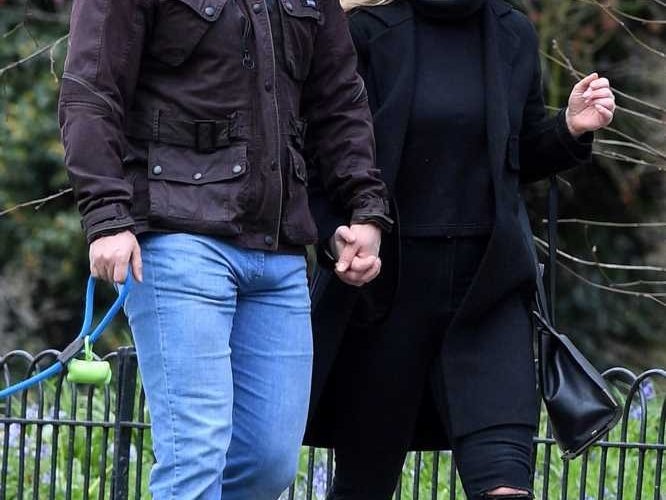 Henry Cavill is introducing fans to his new girlfriend.

The Justice League star, 37, made it Instagram official on Saturday with Natalie Viscuso by posting a photo of them playing chess and he had a purely smitten look in his eyes.

"This is me looking quietly confident shortly before my beautiful and brilliant love Natalie, destroys me at chess," Cavill wrote in the caption.

Eagle-eyed pop culture enthusiasts might recognize Viscuso, 31, from a 2005 episode of MTV's My Super Sweet 16. Her milestone birthday was featured on season 1 of the hit reality series after she moved to San Diego from Roswell, New Mexico.

According to her LinkedIn, Viscuso is currently the vice president of television and digital studios at Legendary Entertainment, which is one of the production companies behind Cavill's films Man of Steel (2013) and Enola Holmes (2020).

Cavill and Viscuso were previously spotted last Tuesday, holding hands as they took a masked walk with his dog Kal in London.

The Witcher actor opened up about dating in the public eye to The Rake in 2017. "There is obviously a flip-side to [fame], too: as soon as I get into a relationship, a slew of hate, directed at me as well as the girl, saying that I've changed," he said.

"I haven't changed a bit," he continued. "But you have to take all of that in your stride, there are positive and negative parts to all of it, but ultimately it is enormously flattering to have people care that much. As long as it doesn't hurt anyone in my life, it is a good thing. As soon as it starts to affect people in my life, that's when I drawback."