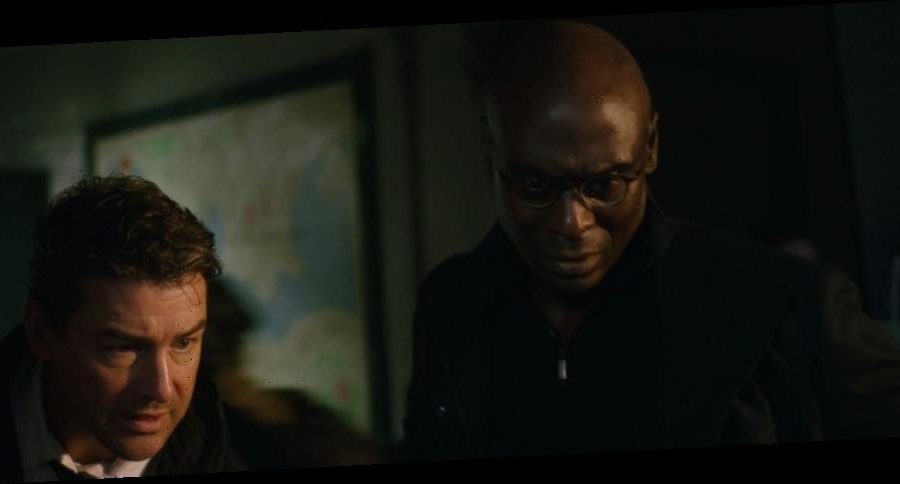 Godzilla vs. Kong clocks in at a blissfully brief 113 minutes – but it’s pretty clear the movie could’ve been longer. For one thing, previously announced cast members like Zhang Ziyi and Jessica Henwick don’t even appear in the film. And then there’s Lance Reddick, a familiar face who only shows up briefly and delivers one quick line, and is then never spoken of again. Now, director Adam Wingard is shedding some light on some Godzilla vs. Kong deleted scenes that explain what happened here.

One of the biggest complaints against Legendary’s MonsterVerse films has been that the human characters are pretty damn boring. Godzilla vs. Kong feels like the first entry in the series to really reckon with that – not by creating more interesting human characters, but by simply cutting the human character screen time down to make more room for the monsters. Speaking with Games Radar, director Adam Wingard confirmed as much, and also explained why some actors – like Jessica Henwick – didn’t show up in the final film, while someone like Lance Reddick only pop-ups for one blink-and-you’ll-miss-it cameo.

“Originally, Lance’s part was a little bit bigger as he plays the Monarch director, he’s running the organization,” Wingard said. “There was a scene earlier in the film, a big board room scene where they’re setting up the mission. He had a larger role, but ultimately we didn’t need that scene, we changed a couple of plot details during the editing process, so that earlier stuff got cut. Now, that stuff just counts as a fun cameo. He is still top credited, it’s still part of his contract. It’s funny because he shows up in the opening credits and then turns up for four lines, maybe three, in the movie ultimately.”

All that said, Wingard goes on to confirm that the version that was released is his preferred version of the film – there’s now four-hour Wingard Cut out there, waiting for a fan campaign to get it released. “This is the ultimate version of the film,” Wingard said. “We actually did the least amount of reshoots than any of those MonsterVerse films. Normally, they do about two weeks, but we only did five days. We did have to be quite surgical, as we did change one element of the plot and it affected a couple of scenes at the beginning and a couple of scenes at the end. That’s where my low-budget, no-budget background comes in. You have to be very crafty and able to think in those terms. We were very surgical in those terms. So, no, this is the ultimate version of the film, I would never do a different version of it.”

As for what else happened in some of these Godzilla vs. Kong deleted scenes, co-star Rebecca Hall confirmed to the same publication that there were more scenes set in the Hollow Earth. “Some of it made it, but we were there for days and days and days, and they ended up using it in a different way,” Hall said.