Holly Willoughby glammed up in a classy outfit as she took her family out for a posh lunch at The Ivy in London.

The This Morning star, 39, draped a woollen overcoat over her shoulders as she paced the pavement in a dark green top, leather skirt and Ray Ban sunglasses. 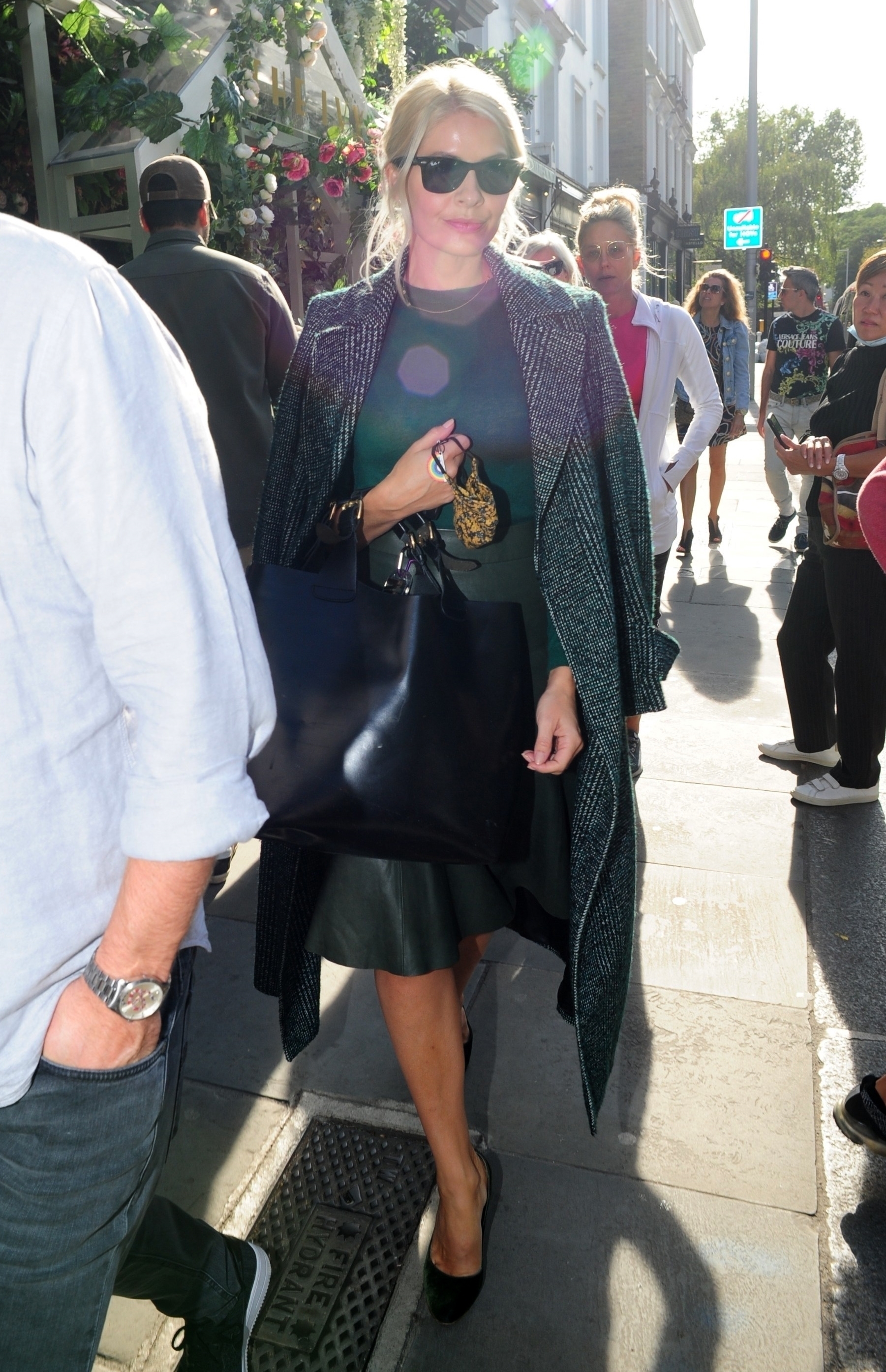 Holly was dining out with her mum Lynne, 71, her husband Dan Baldwin, 45, and her children Chester, five, Belle, nine and Harry, 11.

The clan copied Holly's lead in dressing up smartly, as they headed to the Ivy Chelsea Garden in the heart of Chelsea.

Holly's mum Lynn donned a summery patterned dress and sunglasses similar to those of her famous daughter, as she made the most of the last few days of hot weather.

The family were seen by onlookers to organise two black cabs, as current five-person coronavirus restrictions meant they could not all squeeze into one. 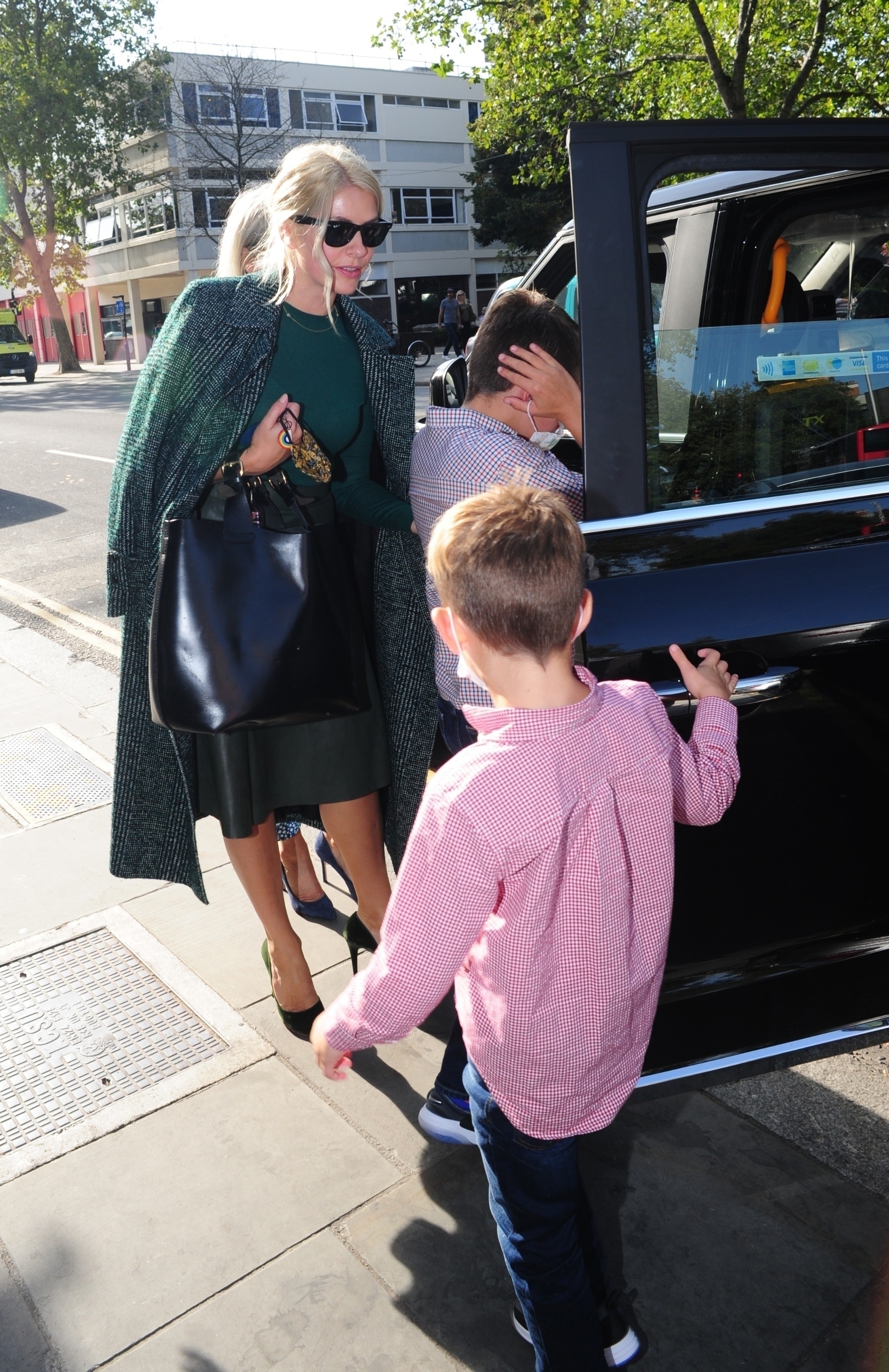 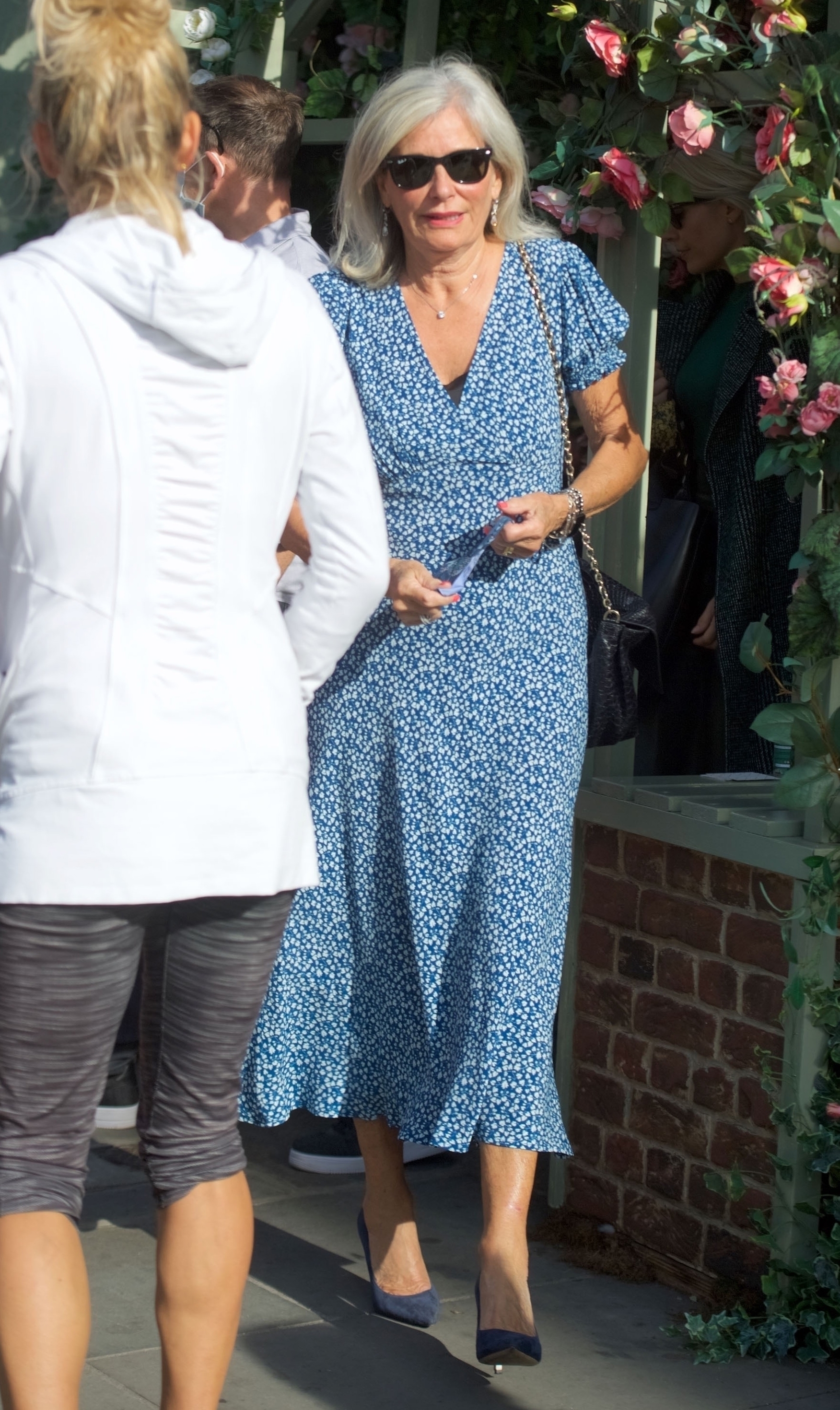 This week Holly expressed concern that she might only being able to invite either her mum or dad for Christmas.

Under the government's strict new clampdown measures no more than six people will be allowed to meet up at home.

The rules are expected to be in force for months – meaning grandparents and grandchildren may not be able to spend Christmas together.

Opening the discussion up to commentator Matthew Wright on This Morning, she said: "It's not a nice thing to look forward to, is it?" 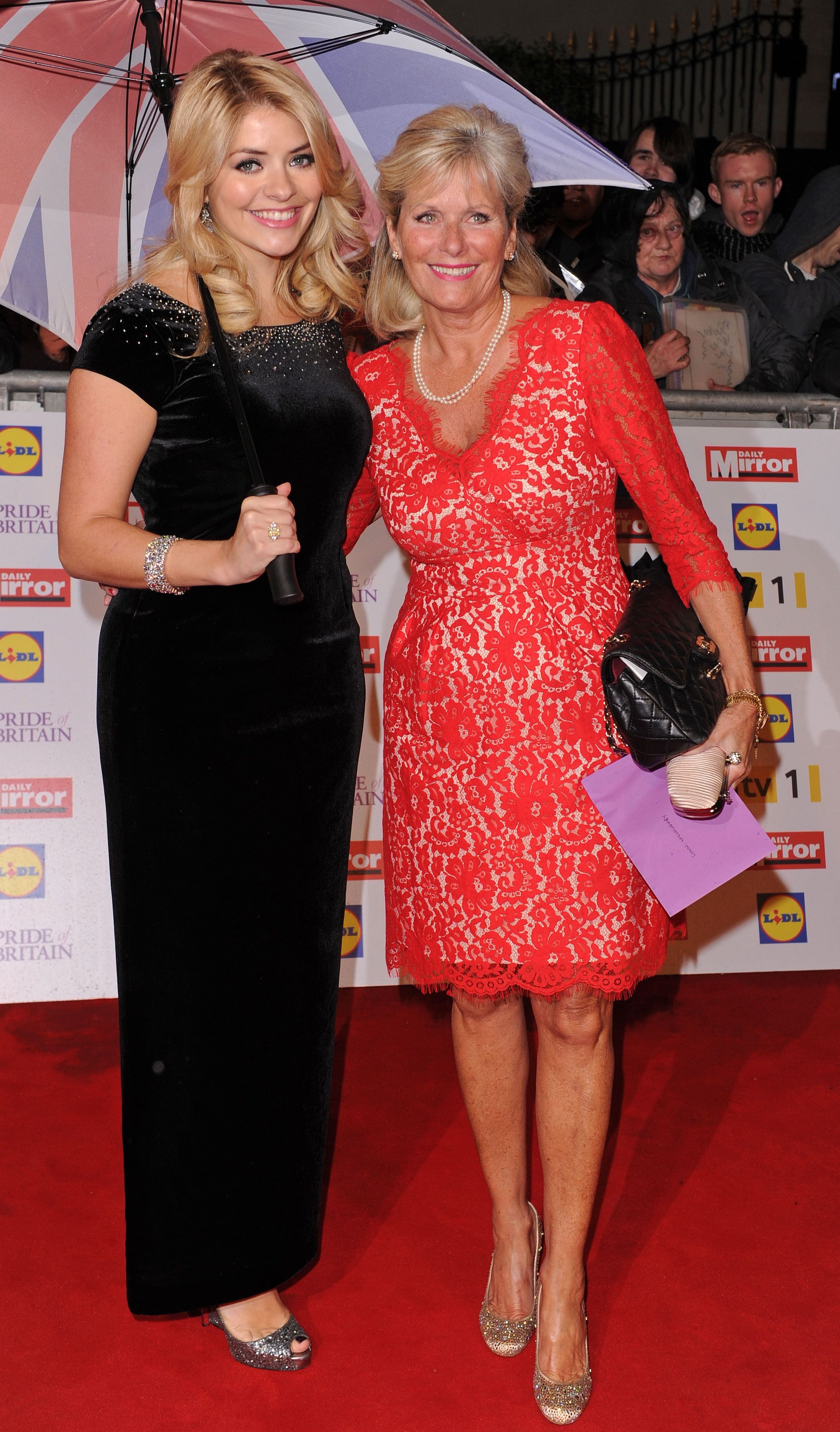 He replied: "You can't have your parents over on Christmas Day but you can go on public transport. For the life of me, I can't make any sense of it."

Holly's five-person family means she would have to choose between mum or dad Brian come Christmas Day – not to mention any of Dan's family members.

Breaking the new restrictions carries a £100 fine – which doubles every time you're caught out, to a maximum of £3,200.