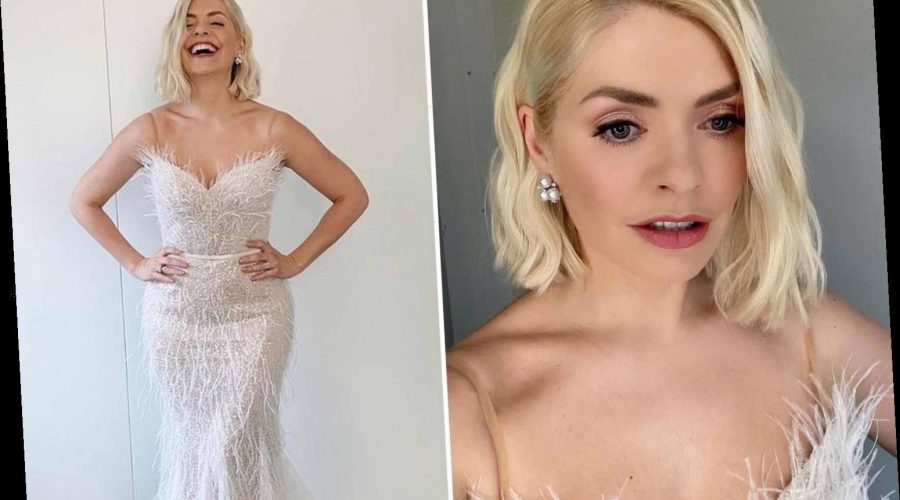 HOLLY Willoughby looked stunning as she modelled a cleavage revealing dress on the Dancing on Ice finale.

The presenter wore the ice-white full length gown to mark the end of the celebrity dance competition which has been full of ups and downs. 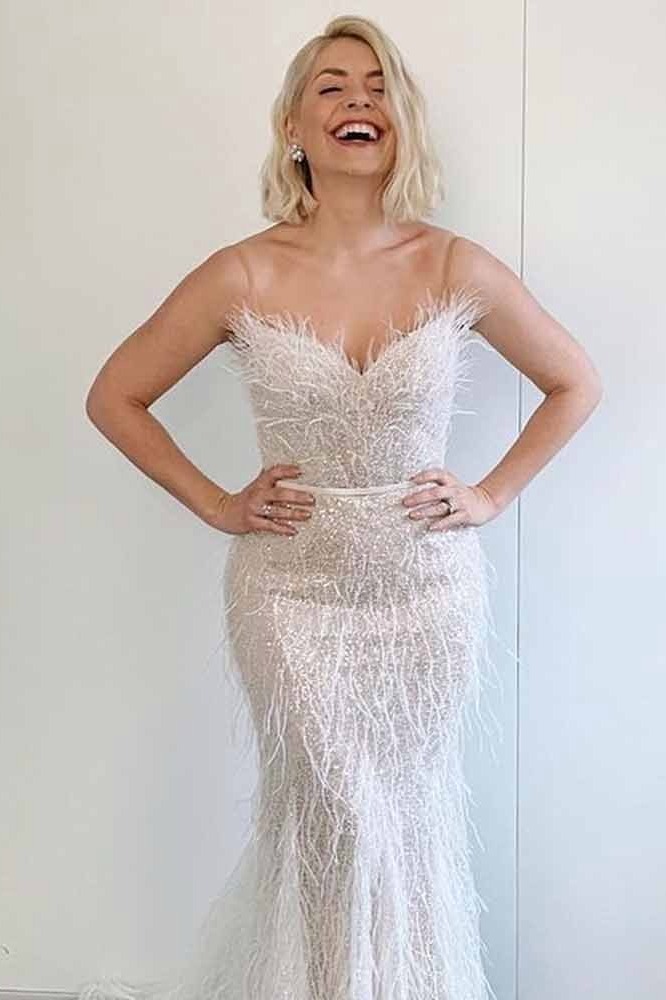 She laughed as she posed for pictures fon Instagram ahead of the ITV show's start on Saturday night.

The dress detail resulted in a feathered effect and showed off her toned arms plus a touch of cleavage.

Holly, 40, who hosts the show alongside Phillip Schofield, revealed the gown had been created by bridal specialist Lee Grebenau.

In a second social media post showing a close-up of her flawless make-up and delicate pearl earrings, the mum-of-two wrote: "Tonight it’s the @dancingonice Grand Final… who is your winner @colinrayjackson @faye_brookes or @sonnyjay … see you on @itv at 6pm. 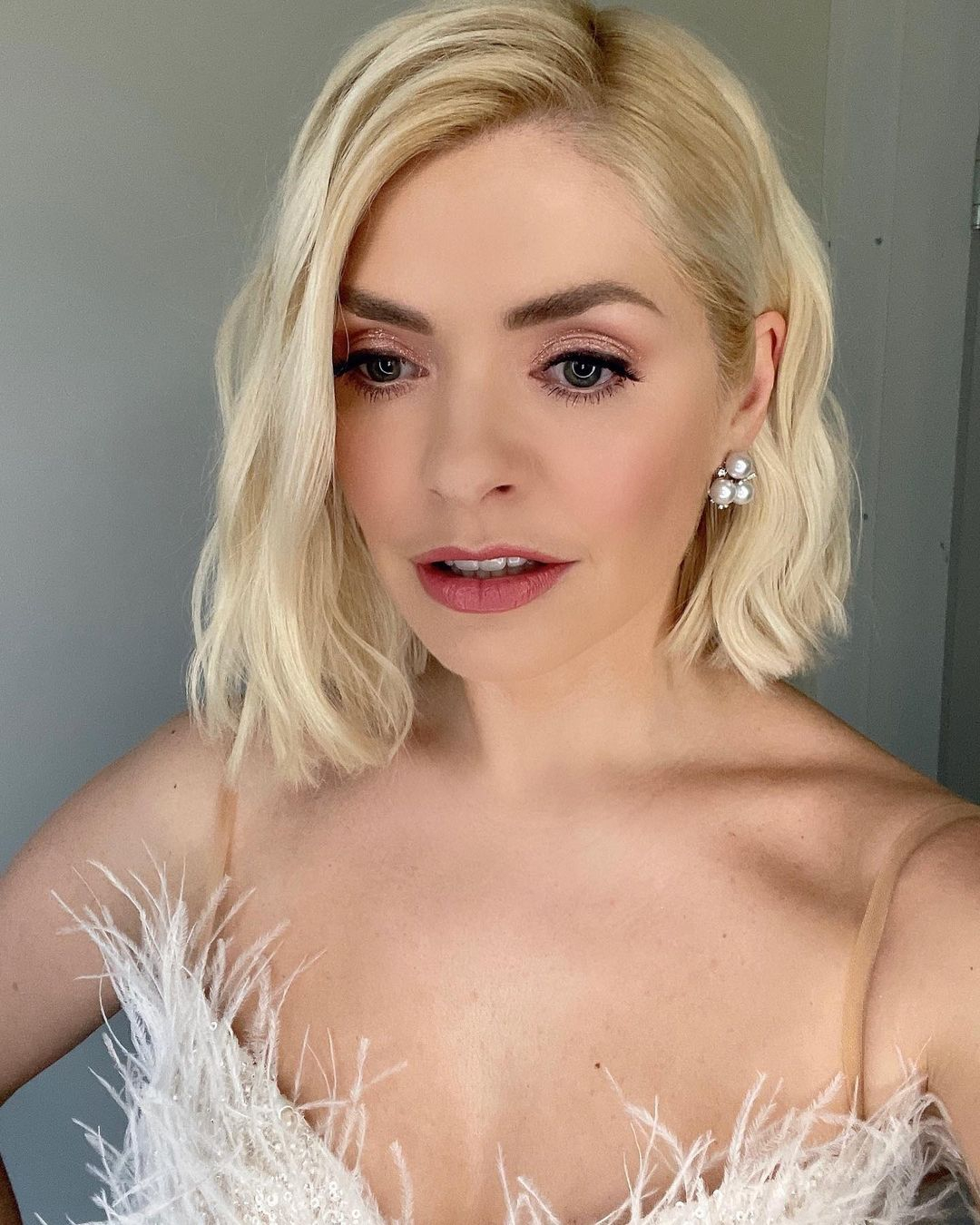 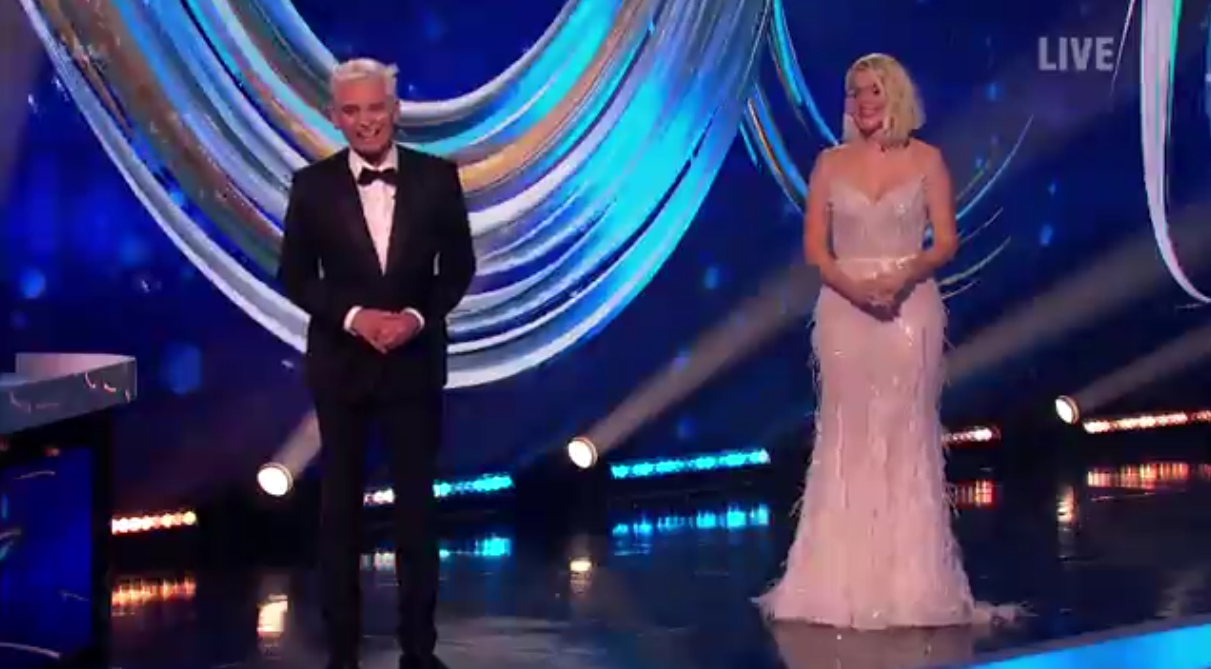 This year's series of the ITV show was cut short after injury and illness forced a number of contestants to withdraw.

Emmerdale star Joe-Warren Plant and comedian Rufus Hound both had to leave after testing positive for coronavirus.

Reality TV star Billie Shepherd, singer and actress Denise Van Outen and actor Jason Donovan had to pull out of the series due to injury.

Actress Brookes was the favourite to win the competition.

She jointly topped the judges' leaderboard last week with Lady Leshurr, who was later eliminated. 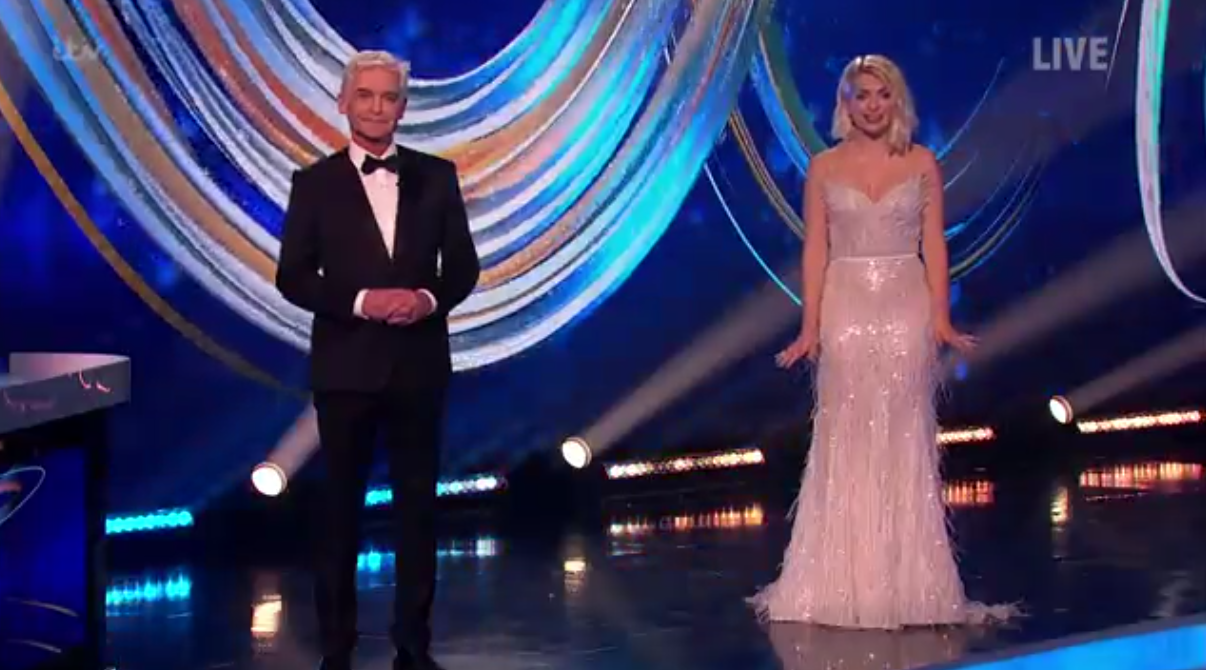 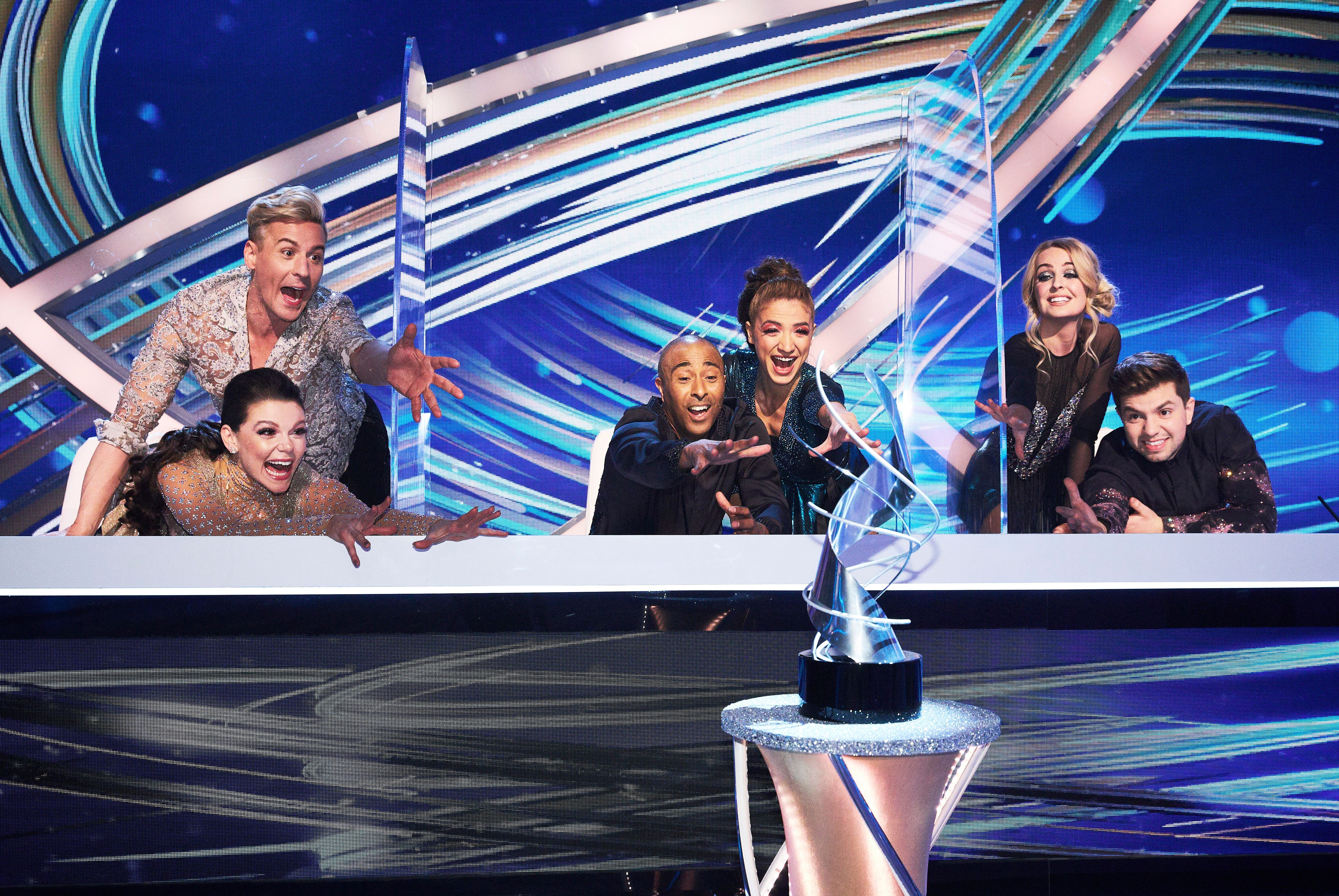 The final also included a video of judges Christopher Dean and Jayne Torvill performing together that was filmed in covid-secure conditions before the series began.