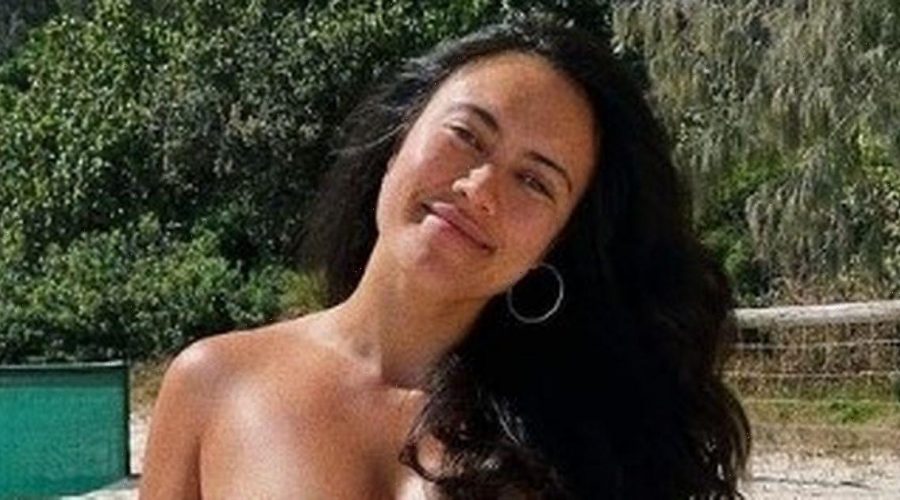 Actress Angelina Thomson is one the latest Summer Bay beauties entertaining fans across the world in Aussie soap Home and Away.

The gorgeous star made her debut as Kirby, one of four newcomers who make up the band Lyrik.

READ MORE: Neighbours stars who were in Home And Away as Toadie actor 'could consider' soap move

Angelina has spoken openly about her Cook Island Māori heritage and her dream to represent her culture on screen.

That dream has now come true following a successful career in musical theatre.

From her glamorous life off-screen to achieving her dream job, let’s take a look at Angelina’s life away from the cameras

Angelina was always keen to pursue a career in the spotlight having initially pursued a career as a theatre performer and singer.

After graduating with a Bachelor of Musical Theatre, Angelina made her professional debut in the Australian premiere production of Beautiful: The Carole King Musical.

Angelina was also seen in the iconic rock musical, Rent, at the Sydney Opera House and part of Opera Australia’s 2019 production of West Side Story on Sydney Harbour.

One of her biggest theatre roles to date saw her play the role of Megan Jones in the play PUFFS.

Discussing what sparked her interest in performing initially, Angelina told thefamereporter.com: “I think my cultural dancing is what initially sparked it.

“My Mum is from the Cook Islands and taught me how to Hula as soon as I could walk, so performing was introduced to me very early on.”

With a Cook Island Māori mum and an Australian dad, Angelina says there were very few people who looked like her on television when she was growing up on the Gold Coast.

“Every night at 7pm my family would watch Home And Away,” she says, “and the little Gold Coast girl I was back then was like, ‘How do I do that? How do I get on Home And Away?’

It wasn’t until Home And Away cast its first Māori family, the Paratas, in 2019 that Thomson started to hope she might find her own place on the show.

“I remember seeing them and they had traditional names and they would say grace, and sing and speak Māori,” Thomson says.

“Before that, I’d thought I might need to move over to New Zealand for a little while and audition for things like Shortland Street.

“But now I feel really grateful that I can have that opportunity (in Australia), where I grew up.

“On my first day on set, I had a teary moment. I just started crying. I was like, ‘I can’t believe this is happening. The dream is now the reality. I feel really, really blessed to be here’.”

Growing up on the Gold Coast in Queensland, Australia, Angelina is surrounded by some of the most stunning beaches in the world.

And the start often teases her stunning surroundings by posing in a bikini in a series of glam snaps on Instagram.

In one sexy snap she is seen wearing a navy blue bandeau bikini top with a pair of tiny bottoms.

The skimpy bikini bottoms featured a rainbow of colours and a pair of string that tied together over her hips, holding them together.

She shot a relaxed smile at the camera and showed off her natural beauty with no make-up.

Another snap show her once again showing off her curvaceous figure in a black bikini as she poses with her head resting adorably on a pal’s shoulder.

The trio are seen posing for an intimate snap as they enjoy the gorgeous Australian sunshine.

15/09/2022 TV & Movies Comments Off on Home and Away Kirby star’s life – glam snaps, soap dream and musical past
Lifestyle