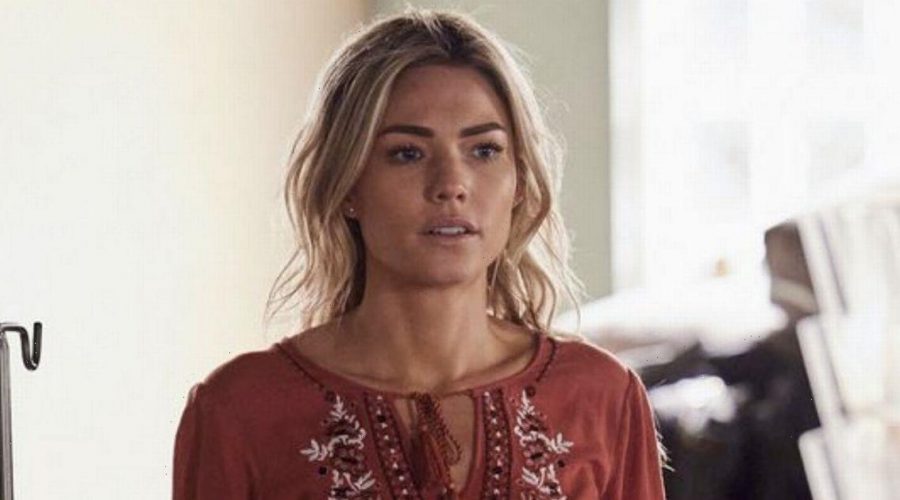 Home and Away looks set to be full of shocks for its UK audience this summer.

Spoilers have revealed that one character is set to meet her untimely end, with the Bay sent into disarray when a body is found.

Meanwhile, one character reveals a shock pregnancy, while the aftermath of the food truck explosion leaves another with a potentially life-changing injury.

The Bay is launched into chaos as the murder investigation begins, with new cop Cash on the scene to grill the residents, with Irene and John topping the suspect list.

We have the low-down on everything to expect from Home and Away this summer – and it's going to be a scorcher. Dean is left terrified that it could be his sister Mackenzie who died – and after a year filled with losses, he isn't sure he can take much more.

But the body is eventually revealed to be that of Susie McAllister, who disappeared with Justin and Leah's house deposit months prior.

There are plenty of potential suspects, including John – who still harbours strong feelings for the late Susie – in the firing line from police.

Marilyn is also brought in for questioning, but it's Irene who looks guiltiest – she's hated Susie from the start and was the last person to set eyes on her before she disappeared.

Plus, there's her history of violent behaviour to contend with.

Leah, Justin and Stephen are also possible suspects in the case – and with Justin continuing to struggle with addiction, his police interview doesn't go terribly well when he collapses in the interrogation room.

An anonymous tip has the police searching his car, and they find the phone someone used to contact John to make him think Susie was still alive.

Homicide Detective Amy is far from gentle when tasked with handling the case alongside new cop Cash, and she reckons Justin could be involved in Susie's murder – and that he had an accomplice.

It's up to the pair of them to get to the bottom of things as they begin interviewing everyone involved in episodes airing in late July.

But, in August, one discovery has one of the Bay residents certain they've cracked the case – but will they survive long enough to get the word out to the cops?

In the Pareta family, Ari has finally reconnected with the love of his life, Mia, and her daughter Chloe.

Though it hasn't been smooth sailing for the family, Ari and Mia are now deeply in love and have been trying for a baby.

And, as Ari returns to Mia, relieved that the body doesn't belong to Mackenzie, it's to some rather shocking news – Mia is finally pregnant.

It's all hands on deck when the food truck explodes, leaving a litter of casualties scattered across the Bay.

Jasmine puts her own injuries aside to help those more badly injured than she is – Chloe seems to have taken the brunt of the explosion and is immediately rushed to the hospital.

But later, as Christian and Tori are forced to work together on the sudden influx of casualties, Jasmine collapses at the surf club – and, having helped to save everyone else, they band together to do the same for her.

But the relief that everyone is safe is short-lived when Jasmine regains consciousness, only for her worried friends and family to discover that she doesn't seem to be able to retain any information.

But is the deficit permanent? Or will she recover in time?

The situation only escalates when Jasmine suffers what looks like a psychotic break and has to be restrained.

Irene is by her side every step of the way, but just as all hope looks to be lost, Christian notices a repetitive gesture Jasmine is making, and orders urgent scans.

Bella, meanwhile, is horrified to find that her photography mentor, Emmett, has suffered a flash burn to the eyes in the incident.

It means his sight could be at risk – and where is Nikau when she needs him?

Nikau is filled with guilt after sleeping with his agent, Sienna, but is struggling to be honest with his girlfriend Bella.

He returns to the Bay to find his friends in crisis, with some even being attended to in hospital.

Nikau decides to confide about his affair to Tane, who urges him to come clean to his partner – but a terrified Nikau can't bring himself to be honest with her.

Later, with his guilt eating him alive, Nikau is forced into a photoshoot by Sienna with Bella enlisted as the photographer.

During the shoot, Nikau can feel the walls closing in on him and can stand it no longer, so he decides to confess to Bella.

And breaks her heart.

But will there be any salvaging their relationship?