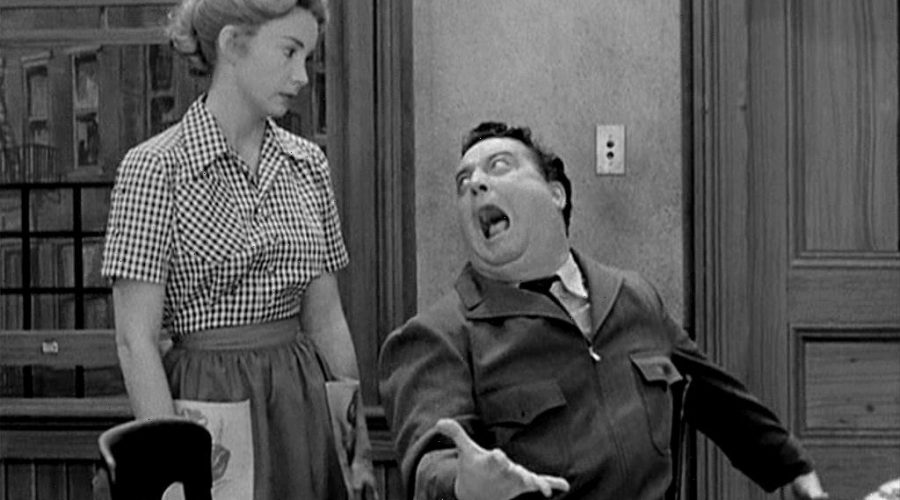 Jackie Gleason is best known for playing Ralph Kramden on The Honeymooners. He died in 1987 at the age of 71. Here’s how Gleason died.

Gleason made his film debut in the 1941 movie Navy Blues, in which he played the role of Tubby. The following year, he appeared in the movie All Through the Night. Gleason landed a role as a cast regular in the series The Life of Riley in 1949. He played the character Chester Riley until 1959.

Gleason is also known for his starring roles on The Jackie Gleason Show, The Red Skelton Hour, Here’s Lucy, and Smokey and the Bandit. Gleason made his last acting appearance as the character Max Basner in the 1986 film Nothing in Common.

How Did Jackie Gleason Die?

Gleason died from liver and colon cancer. His wife, Marilyn, reportedly said her husband died “quietly” and “comfortably,” according to The New York Times.

Gleason was reportedly afraid of not getting into Heaven. He was raised Catholic and was a deeply religious man. He tried to attend mass and follow the church’s ways. One burden that weighed heavily on Gleason was a fear of going to hell. In the book The Golden Ham: A Candid Biography of Jackie Gleason, author Jim Bishop describes the comedian as a “lonely, tormented soul.” Bishop says Gleason had both a “love and fear of God.”

Bishop wrote about the challenges The Honeymooners star faced with his weight. He says Gleason’s weight would fluctuate from 185 pounds to 285 pounds. The actor reportedly had three different wardrobes to accommodate the weight fluctuations. According to Bishop, Gleason had a wardrobe for when he was 185 pounds, 240 pounds, and 285 pounds. He says the wardrobe for 240 pounds was the one Gleason used most.

The Golden Ham author said Gleason’s weight challenges were partly due to his eating habits. His dinner typically included a dozen oysters, a large plate of spaghetti, “a pound or two” of roast beef with mashed potatoes and gravy, vegetables, and a large dessert that “looked like the Canadian Rockies in winter.”

Jackie Gleason’s will changed to increase his secretary’s inheritance

Gleason made some changes to his will, which was originally written in 1985. The new will gave his secretary a larger share of his inheritance. He initially set aside one-half of his estate for his wife, Marilyn, reports The South Florida Sun Sentinel. Next, his daughters, Geraldine Chatuk and Linda Miller would get part of his inheritance. Finally, his secretary, who worked with him for 29 years, Sydell Spear, was supposed to inherit $25,000.

However, the publication says Gleason amended his will shortly before his death. After the changes were made, the will gave instructions for his wife and daughters to each receive one-third of his estate. His daughters would also receive one-third instead of one-fourth. Gleason increased his secretary’s amount from $25,000 to $100,000.