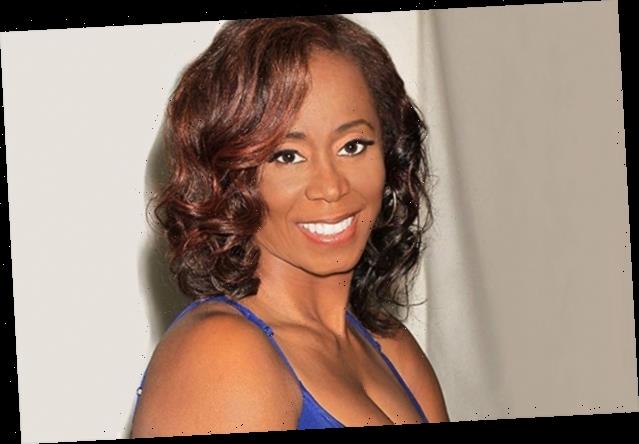 WrapWomen LA Blog: “There’s a lot of talented black stuntwomen, especially now… there’s absolutely no reason as to why they need to paint someone down,” Baker says

Growing up in the ’90s, my friends and I always dreamed of becoming movie stars. Was it because we were raised with “Sister Sister” on our TVs and “Lizzie McGuire” posters on our walls? I can’t help but think that seeing actresses on the Disney Channel, who looked and acted like me and my friends, made us feel like we could have TV shows of our own one day too.

But what happens when you don’t see yourself represented in an industry or career — like Hollywood stunts? In 2017, a study released by film researcher Stephen Follows revealed out of 7,303 movies released between 2000-2016, women made up less than 15% of stunt professionals. That percentage is even smaller when race is factored in. Did my friends and I never talk about becoming stuntwomen because we didn’t think we could?

Luckily, renowned stuntwoman La Faye Baker is here to kick down some major glass ceilings… KA-POW! Known as the first African American stuntwoman to serve as stunt coordinator on a big-budget picture (1999’s “Introducing Dorothy Dandridge”), she’s stunt doubled for stars like Halle Berry and worked on projects like “Green Lantern.” She is also actively working to make sure women — more specifically women of color — see themselves represented in the stunt world.

First on Baker’s hit list is getting Hollywood to hire more stuntwomen of color. According to Baker, most studios don’t even realize the network of stuntwomen available to them. “They just want to hire their friends,” she told WrapWomen.

This leads to the continuation of a lot of outdated tactics like dressing men in wigs (wigging) and painting white stunt performers in darker skin tones to pass as people of color (paint downs). (Side note: How is this still a thing?!) “It is discouraging because there’s a lot of talented Black stuntwomen, especially now,” said Baker. “There’s absolutely no reason as to why they need to paint someone down.”

Baker recalled a time she was working on a TV show that needed a Black female skateboarder who could do a 360, but there was no one on set who fit the description. Instead of just throwing a white stuntman in a wig, painting his skin and calling it a day, Baker decided to get creative and set an example. She reached out to the stunt and skateboarding world and found a woman who could do the trick. “It’s all about outreach,” she said. “Call a person that has a particular skill to make that happen.”

In addition to pushing Hollywood to widen its frame of reference, Baker said it’s also important to feed the pipeline of talent by educating women about the opportunities available in the stunt world.

In 2005, Baker founded Diamond in the Raw, an initiative dedicated to transforming the lives of young at-risk girls between the ages of 12 and 18 through arts education, including stunt work. “As a female and African stunt woman, I noticed there weren’t that many women working behind the scenes,” Baker told WrapWomen. “I just thought maybe something great to many would be to teach inner city or underrepresented young girls about careers so we can change the balance of gender for women and also the diversity. So, that’s what I did.”

Most recently, Diamond in the Raw joined forces with Gold Bond and Mary J. Blige to launch the Skin Champion Stunt Workshop, a new program designed to empower and educate young girls ages 14-17 on joining the stunts industry. “We just want them to feel some hope so we can peak their interest of being a stunt woman so that’s what the campaign is really about,” Baker said.

Regardless of my past or the pop culture that raised me, what’s important now is supporting women like La Faye Baker and her mission to provide all women with more opportunities within the industry. Hollywood, where you at?!

See WrapWomen’s full interview with Baker via the video up top.

WrapWomen is a power base of influential women of entertainment, media, technology and brands committed to changing the face of their industries. Through media and live events, we provide a platform to accelerate the vision of women who are building towards a more equitable world. Click here to sign up for our weekly newsletter!