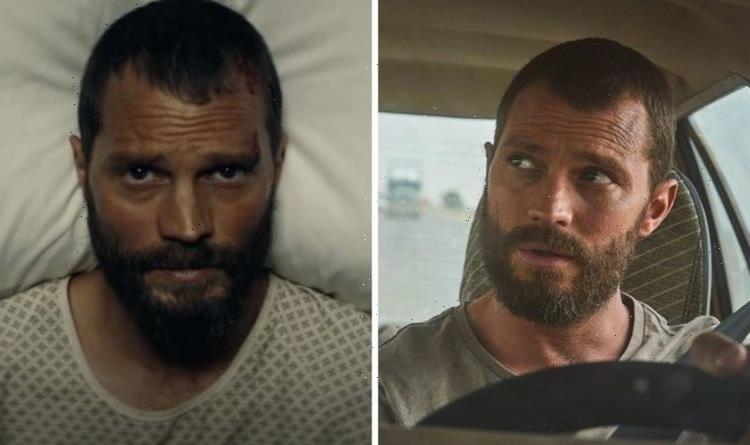 The Tourist: Official trailer from the BBC

The Tourist follows The Man (played by Jamie Dornan), a British expat travelling across Australia. He finds himself stalked by a truck while alone in the outback, before being driven off the road and losing his memory. The Man then proceeds to piece together his life in a race against time before his old enemies find him in this BBC series.

How many episodes are in The Tourist?

The Tourist will be taking viewers on a journey down under as a man relentlessly searches for answers about himself and those after him.

It will premiere on New Year’s Day, January 1, at 9pm on BBC One.

There will be six episodes in total for the show, with it billed as a limited miniseries.

The second episode will air at the same time on Sunday, January 2, with all six airing in January.

What is The Tourist about?

The Tourist will throw viewers right into the thick of it as Jamie Dornan’s The Man is driven off the road.

Waking up in hospital suffering from amnesia, The Man has no clue how he got there, where he is, or even what his name is.

All he knows is that people are looking for him connected to his past, and they won’t stop until the job is finished.

Along the way, The Man will meet Luci (Shalom Brune-Franklin), a young woman that will help him piece together his life.

Created and written by Harry and Jack Williams, their show is billed as a comedy-drama.

“At its heart, however, is a story of self-discovery with a ticking time-bomb underneath as The Man starts to uncover the mystery of who he was, he’s also forced to ask who he is now – and fast.

“Will he unlock the secrets of his identity before those who are trying to kill him catch up with him?”

Who is in the cast of The Tourist?

Dornan and Brune-Franklin lead the series, with her pair already being well known to fans.

Dornan is best known for starring as Christian Grey in The Fifty Shades of Grey trilogy.

He is also known for The Fall, Death and Nightingales, and Belfast.

Brune-Franklin on the other hand is known for starring as DC Chloe Bishop in Line of Duty.

She also starred in 2021’s War of the Worlds, Roadkill, Cursed, Bad Mothers, and Our Girl.

Danielle MacDonald is also joining the cast as Helen Chambers, the detective assigned to The Man’s case.

Ólafur Darri Ólafsson, Alex Dimitriades, Damon Herriman all round out the main cast.

The Tourist will premiere on New Year’s Day, January 1, at 9pm on BBC One.