While The View has been going strong on ABC since 1997, that doesn’t mean it’s been entirely consistent. You can chalk that up to the oversized personalities the show has featured over the years.

Since the end of the Barbara Walters era, the changes have been easier to notice. The tumultuous second coming of Rosie O’Donnell (2014) and the recurring outbursts from Meghan McCain in 2019 might stand out the most. Overall, it’s safe to say the show’s level of professionalism has dropped.

On a few occasions, McCain’s clashes with Joy Behar have recalled the on-air confrontation between Walters and Elisabeth Hasselbeck in 2006. That ended with Walters shutting down Hasselbeck as the cameras rolled.

“We have to learn how to discuss these things in some sort of rational way,” Walters told Hasselbeck that day before the young co-host tore up her cards and walked off the set. That’s likely the same approach Walters would take with McCain, whose fits of rage frequently disturb the peace at The View.

The Walters approach with Hasselbeck after a heated debate 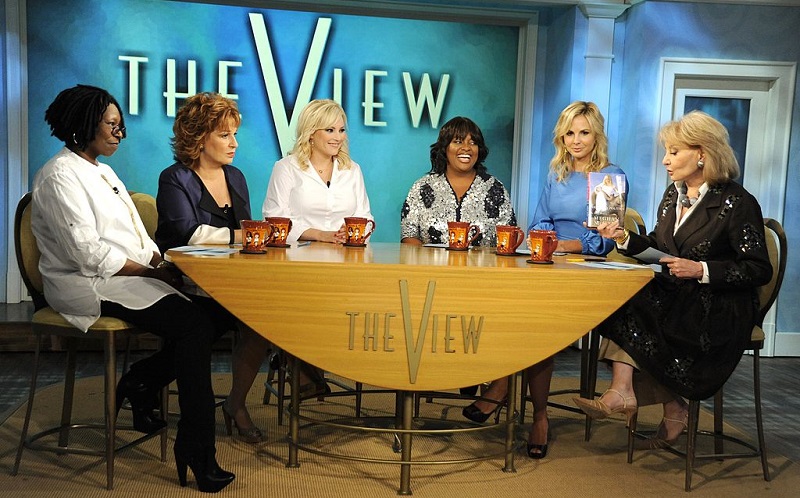 The issue of a woman’s right to choose has been a contentious on The View, regardless of the cast. However, the most famous blowout might have been the one between Walters and Hasselbeck that played out live.

Following the exchange, Hasselbeck decided to quit on the spot. It took some calming down from Joy and eventually gentle pressure from producer Bill Geddie for Hasselbeck to return to the set and finish the show. Audio of the entire episode was released recently by Variety.

While the behind-the-scenes look is fascinating, much of the drama was there for everyone to see on their own TV sets. “Elisabeth, calm down,” Walters said at one point with a hand raised.

“I think the most important thing … is we’ve got to be able and have these discussions and listen to other people’s opinions and not go so crazy that you don’t listen to anyone,” she added.

In effect, Walters was calling on Hasselbeck to maintain some kind of decorum on the show. It’s the sort of thing The View could use these days when discussions lead to shrieking on the part of McCain.

Whoopi might take a page from Walters’s book as a moderator. 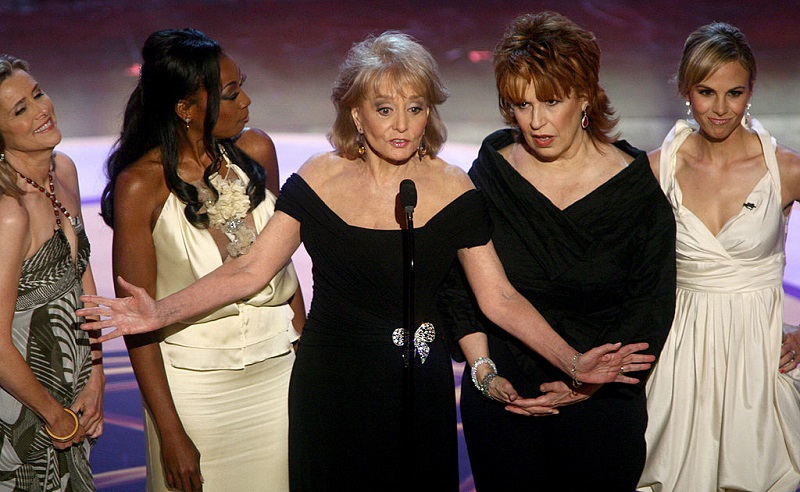 For most of the past 12 years, Whoopi Goldberg has served as the moderator on The View, and she’s done a great job by most standards. She’s kept smart conversations going and kept her eye on the entertainment factor as well. (With Abby Huntsman and McCain at the table, this is important.)

However, Whoopi still hasn’t found the best way to handle discussions that fly off the rails. Whether McCain is screaming “SNOWFLAKES!” at no one in particular or talking over co-hosts in order to make a non-essential point, the show has had its share of weak moments this year.

There is no easy answer here. While Whoopi was out sick dealing with pneumonia, Joy (serving as moderator) tried to shut down McCain on several occasions. That didn’t work particularly well, and led to an awful lot of pouting on McCain’s end.

Still, from an entertainment standpoint, it was probably better than listening to someone on the verge of a panic attack talking over guests and co-hosts on a daily basis. Whoopi might need to take a page from the Walters playbook to get the dialogue flowing smoothly once again.

29/05/2019 TV & Movies Comments Off on How Would Barbara Walters Handle Meghan McCain on 'The View'?
Lifestyle