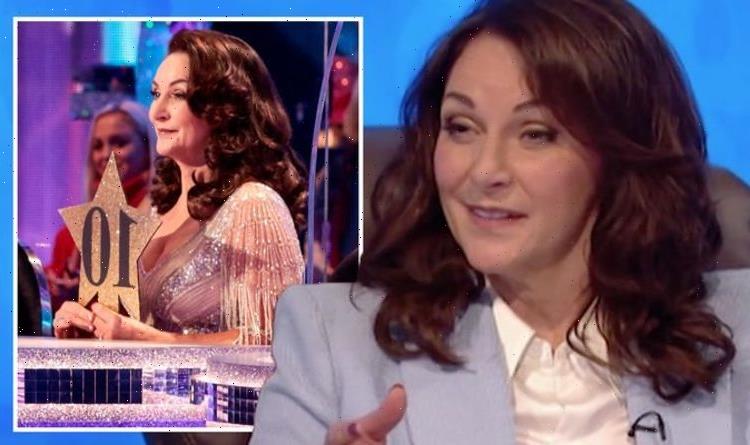 Shirley Ballas discusses how her judging on Strictly has changed

Ballroom dancer Shirley Ballas opened up to Countdown presenter Anne Robinson about her time on Strictly Come Dancing and admitted how working on the show could be “difficult”. Having been a familiar figure on the BBC judging panel alongside the likes of Craig Revel Horwood, Anton du Beke and Motsi Mabuse in 2021, Shirley admitted she’s still learning on the job – and some things prove trickier than others.

Kicking off the discussion, Anne quizzed Shirley on how her style of judging had changed over the years.

She asked: “Tell me, fifth series of Strictly this year, how different do you think your judging is from when you first started?”

The head judge joined BBC One’s hit dance competition back in 2017 and with a successful career as a professional dancer, critiquing the celebrities comes naturally to her.

This prompted Shirley to explain: “Well, I would probably say I’m a lot more comfortable in the situation of judging now,

“But I would say that my judging skill as a whole has not changed because for me dancing and music when you put it together is really clear.”

However, behind the scenes of Strictly Come Dancing, technical elements of the show caused the judge to have a few show mishaps.

Once the celebrity and professional dancers have finished their dance routines on Saturday night, all judges must score the performance out of 10 to which the number is revealed behind a paddleboard held up by each member on the judging panel.

Shirley recalled the struggles she had while attempting to lift her paddleboard.

She revealed to the Countdown host: “The actual nerves of sitting behind the desk when I first started pressing the button, holding the paddle in the right place, that was difficult but I’m somewhat getting used to that now.”

Anne confessed that her experience of working on The Weakest Link was a similar one to Shirley’s as she admitted the simplicity of the task should be easy but somehow became impossible to do.

She said: “It’s very interesting, isn’t it? That what seems completely normal when you watch it on television – I remember when I started on Weakest link, I could never do this business…”

Anne demonstrated the turns she would have to do on the game show from left to right.

The host sympathised with the Strictly Come Dancing judge and agreed that holding the scoring card in the correct place must have been quite a challenging task. Shirley replied: “Yes, getting it just so it’s right underneath your chin, I had it here, I had it everywhere but underneath the chin.”

Although the judge joked about her failures on the show, she revealed that the crew weren’t too happy about the mistakes she made – particularly when the judge had forgotten to press the scoring button underneath the desk in time for the results.

She said: “I kept forgetting this, pressing the button and up in the gallery they’d be going, ‘Tell that woman to press the buttons!”

Shirley will return to the judging panel on Saturday night as the competition edges forward to the final stage.

Tom Fletcher became the latest celebrity to leave the competition.

He and partner Amy Dowden lost out in the dance-off to Rhys Stephenson and Nancy Xu.

Strictly returns next saturday at 6:55pm