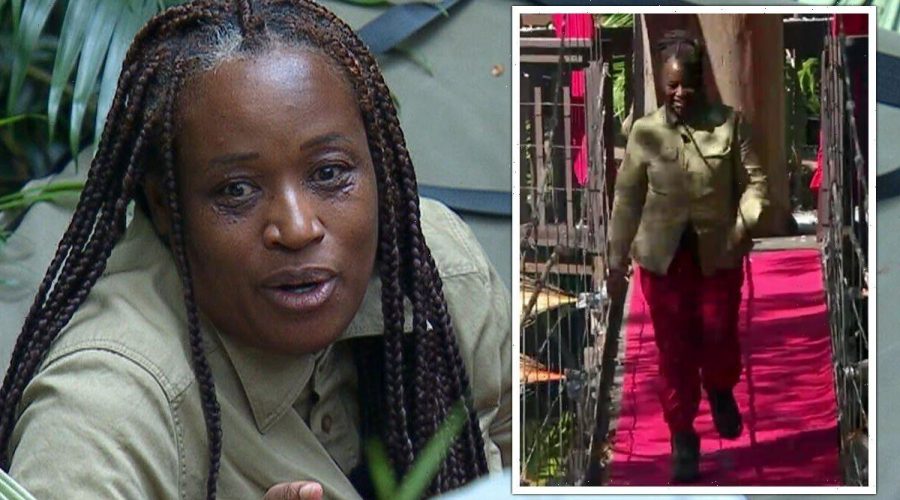 I’m A Celebrity…Get Me Out Of Here! fans voted Charlene White as the first person to be kicked out of the jungle on Friday night’s instalment of the ITV show. However, the Loose Women star is facing a backlash after telling hosts Ant McPartlin and Declan Donnelly why she refused to sleep in an RV next to former Health Secretary Matt Hancock. The journalist told the Geordie duo she wanted to remain “impartial” during her time on the show, but viewers questioned how she was being impartial when “Matt’s been sleeping in the camp near her”.

Following her exit on Friday, Charlene said: “I think my money was on him or Liz Truss in terms of which one you would convince to come on. So I was surprised but also not surprised.

She continued: “I think everyone had their feelings about Matt when he first walked in. But we also have to live alongside him.

“So we all have to adapt to that. And he’s made some real connections in there, which has been wonderful and so many people didn’t think that would happen. So it was difficult.”

“I just think it would be really difficult to do the job I will continue doing once I have spent the night with a politician. Not in that way!

Charlene added: “I said I was completely fine to sleep on the hammock and I have to think about the job I have when I come out of here.

“I can’t say I don’t want anyone to think my impartiality goes because I have slept alongside a high profile Tory MP. So I made that decision.

“I slept in the hammock and I was fine doing that.”

Earlier in the episode, Charlene explained to Sue Cleaver why she wouldn’t sleep in the RV with Matt.

She said: “I’m an impartial journalist, I can’t be sharing a room with a sitting MP because that just doesn’t sit well with me impartiality wise.

“And I just think, if he were ever to become minister again how can I sit and question him about anything when I’ve shared a room with him?”