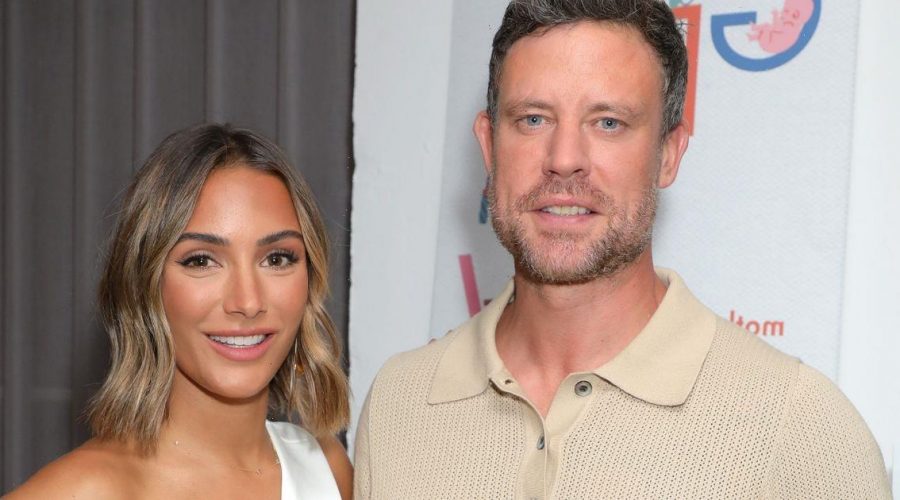 I'm A Celebrity… Get Me Out Of Here! star Frankie Bridge has revealed that her husband Wayne used to really struggle with expressing his true feelings to her.

In her self-help book titled Open, Frankie stated that in the earlier years of their relationship the former footballer would struggle to say the three special words to his partner.

In the book, Frankie said: "Things have never been plain sailing with us, but Wayne and I have both fought for each other.

"We both came with our own baggage from past relationships and it has taken us a long time to break down barriers and figure out what the other needs.

"For instance, Wayne found it really hard to tell me he loved me for a really long time. He used to say 'I hate you' instead, but we both knew what he really meant, though."

She continued: "I was happy to wait for him to decide in his own time when he was able to actually say 'I love you' because I already knew he did. That's how I knew he was someone special.

"Things weren't perfect, but they were right, and I knew we could get though it all and, more importantly, I wanted to."

The rest of her book reveals the many ups and downs that The Saturdays star has had, including her mental health battle and eating disorder struggles.

The Loose Women star stated that she still struggles to this day but since having her children she has had a firmer lid on it.

Now, the former S Club Juniors star is living it up in the Welsh Castle on I'm A Celeb and is doing Wayne and her two young sons proud.

The star is one of twelve celebs featuring on the ITV hit show which will continue to air for the next few weeks.

Richard Madeley was also in the Castle with the famous bunch but has had to leave due to falling ill, the GMB star was then taken to hospital which broke the Castle's Covid bubble rules.

Stay up to date with the latest news in Showbiz and follow your favourite celebrities by signing up for our newsletter by clicking here.