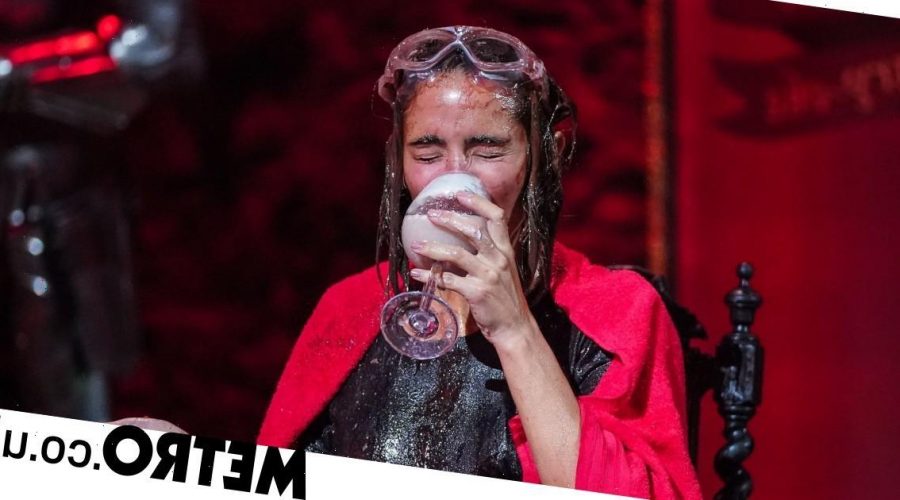 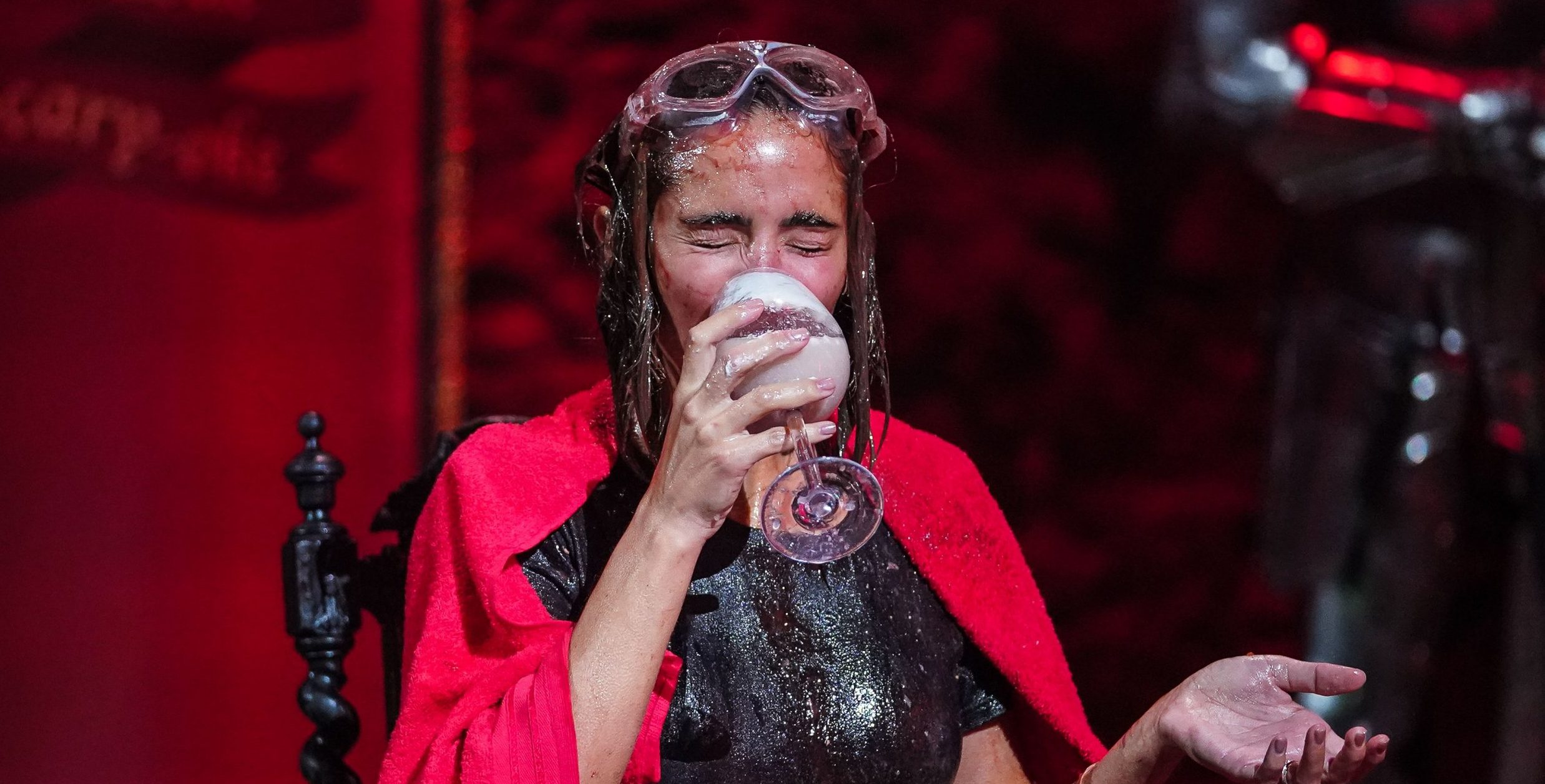 I’m A Celebrity star Frankie Bridge was overcome with emotion after a brutal trial with campmate Naughty Boy, as she was left sobbing.

The Saturdays star absolutely smashed the trial, which saw them singing famous hits before having to down some disgusting drinks, including fermented eggs and pig anus.

Frankie and Naughty Boy brought back 10 out of 11 meals for camp, with the celebs enjoying a meal that Simon Gregson put his own twist on after sneaking some salt and pepper into camp.

However, the singer clearly struggled with the trial, bursting into tears when she got back to camp.

‘I feel like an idiot,’ she admitted, adding: ‘I’ll be honest, I wanted to quit after the third drink.’

She said Naughty Boy doing so well with his trials pushed her through, adding: ‘That that’s what we came on here for, to push ourselves to do things.’

However, she was left emotional, as she went to Louise Minchin for some support.

Louise pointed out that she would rather have had rice and beans than see Frankie so upset, with the rest of the campmates also rallying around her.

Frankie’s husband Wayne Bridge was watching on, with the footballer saying: ‘She’s done so well, I’m buzzing for her.’

While Frankie is in Gwrych Castle in Wales, she has no idea what’s going on with her social media channels, leaving her husband Wayne to have free rein.

He recently revealed that he’d voted for his other half to take part in the Bushtucker Trials – so we have a feeling he’ll be delighted that his wish was granted.

I’m A Celebrity returns Friday at 9pm on ITV.