I'M A Celebrity fans convinced producers secretly GAVE Jordan North his 12th star after they spotted him only winning 11 in the trial.

The Radio 1 DJ was hailed a hero by fans after smashing through the Trapped Door challenge on last night's show. 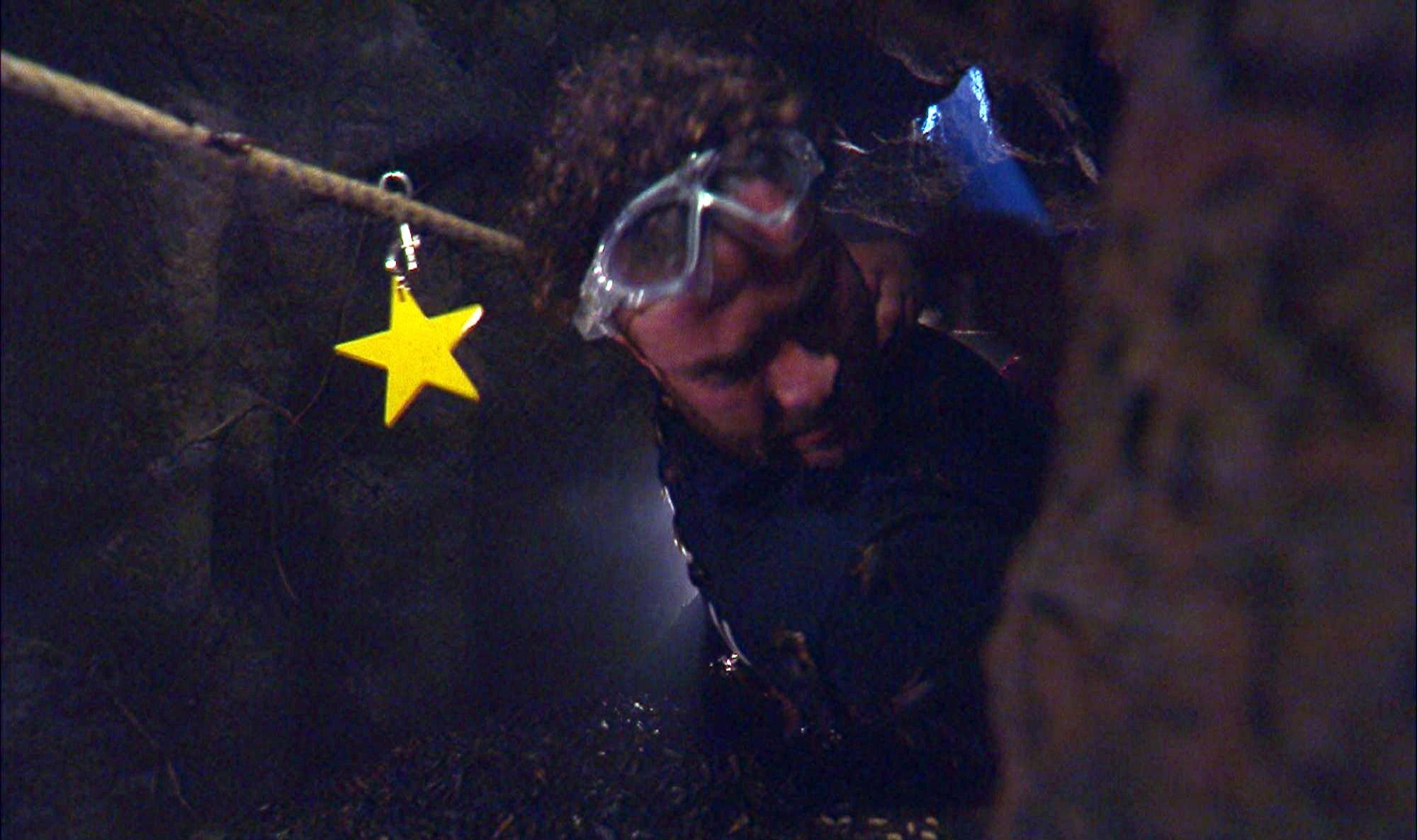 But fans grew suspicious after Jordan couldn't find the 12th star in the trial – only to find he had already put it in his bag earlier.

There were four stars in the first area, four in the next, then a star inside each creepy crawly hole, except for the toad one.

One fan wrote: "Me trying to work out how the 12th star transcended time and space and got into Jordan’s bag"

Another added: "Not having this #ImACeleb Jordan fully didn’t put that star in his bag. A toad ate it and they said “Just bang this into the bag and pretend you put it in and forgot'" 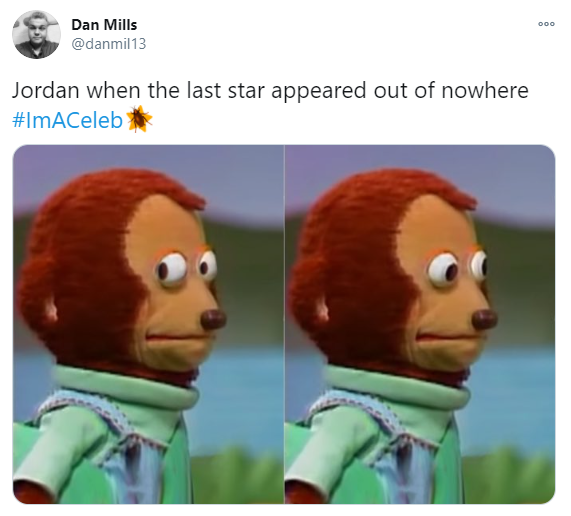 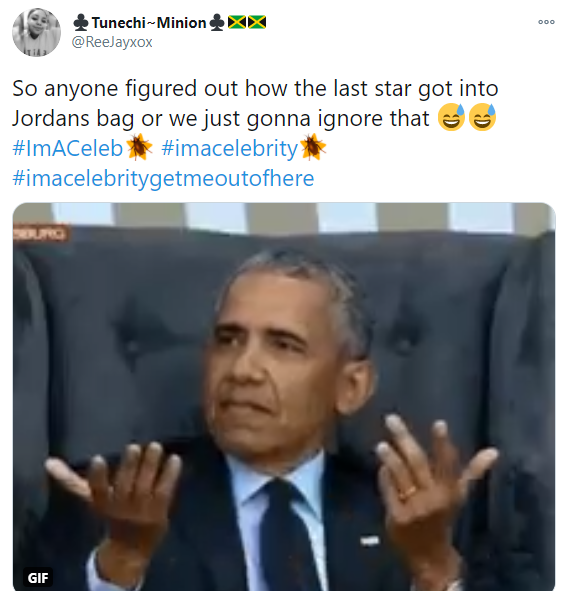 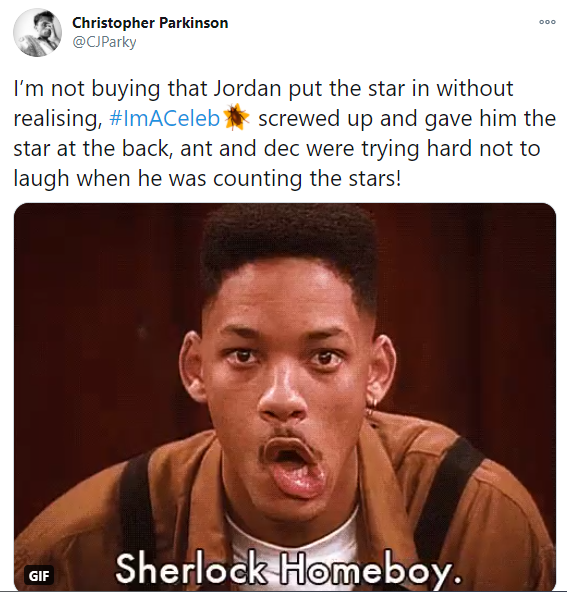 A third remarked: "Anyone else notice Jordan never put that last star in his bag and it was never even in the hole?"

The 30-year-old BBC presenter had to crawl through an underground tunnel as various critters rained down on him in the Trapped Door trial.

Jordan, who was once such a bundle of nerves he had to be talked into doing his first trial, breezed through the grimmest one to date.

Ant and Dec watched amazed as he soldiered on while 2,000 maggots, 4,000 crickets and 5,000 cockroaches poured onto him. 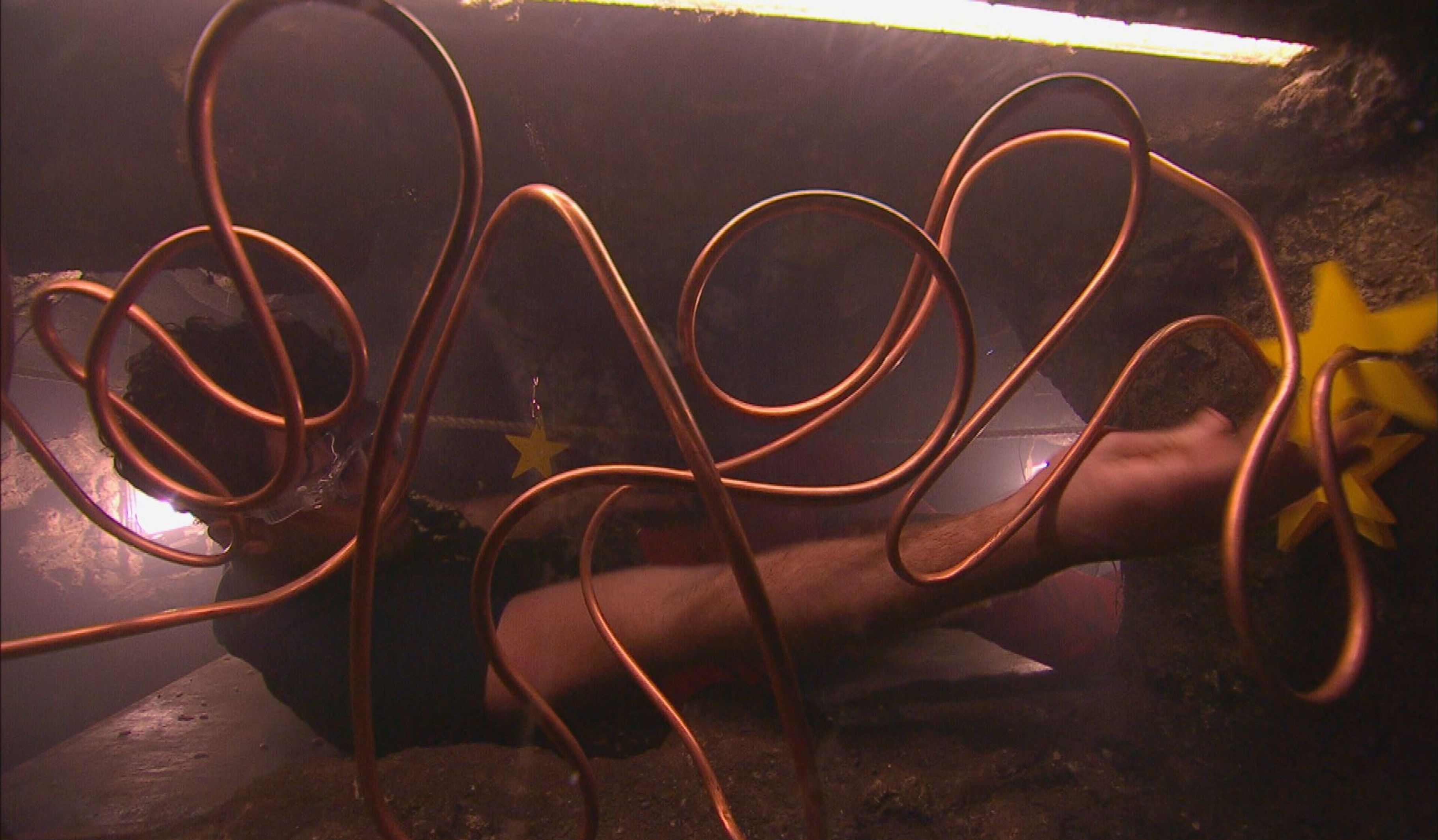 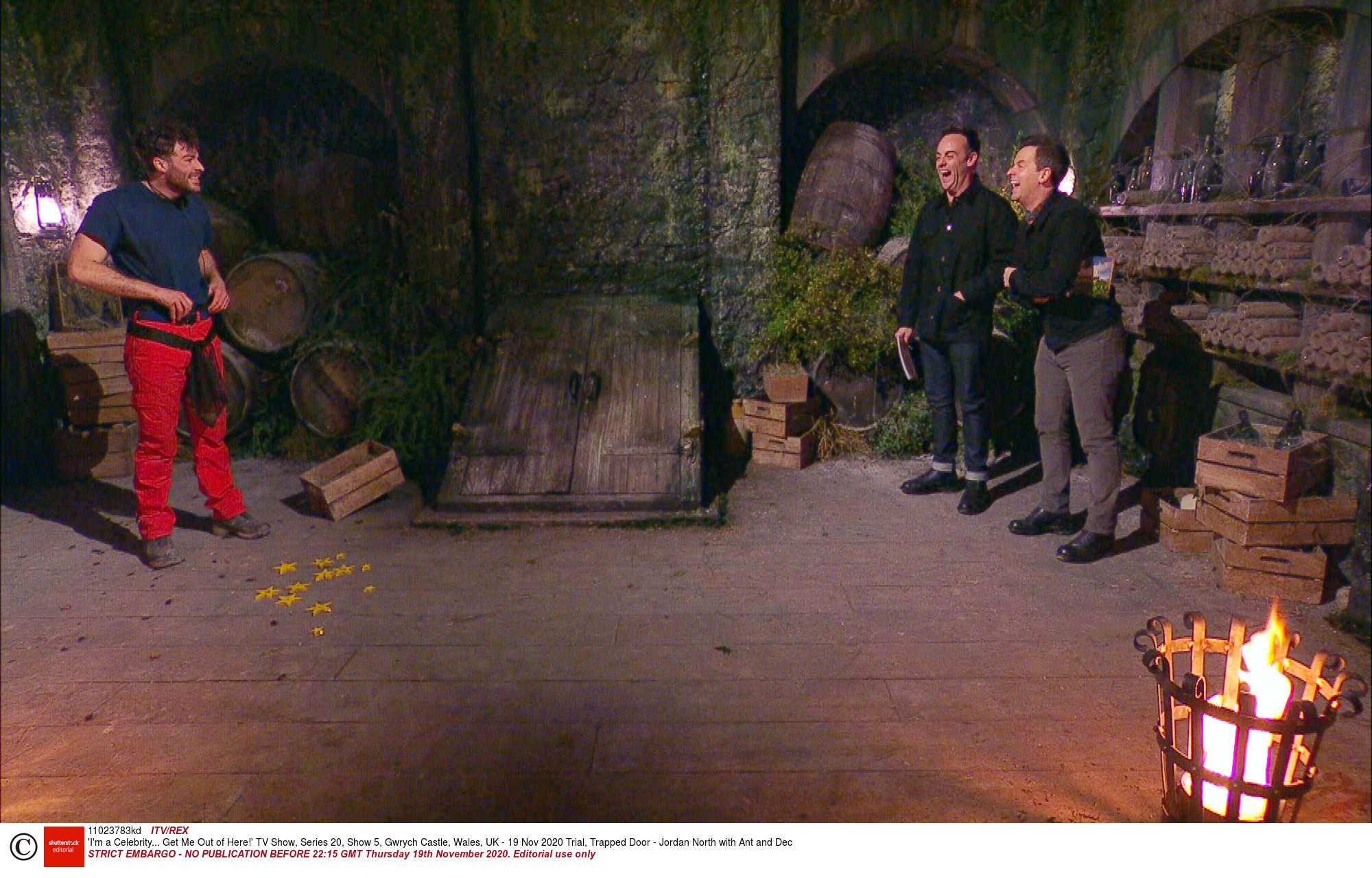 After returning to camp, Vernon Kay said: “He’s come back with 12 stars but most importantly of all he came back a completely different person.”

And Jessica Plummer added “We’re just so proud of him. Forget the food, it’s not about the food.

"Jordan – vomit-off-the-side-of-a-cliff-edge-Jordan – got a full house all by himself. It’s incredible.”

The Burnley FC fan has become accustomed to doing trials, with fans choosing him repeatedly ever since he was sick in a bush during the first episode.