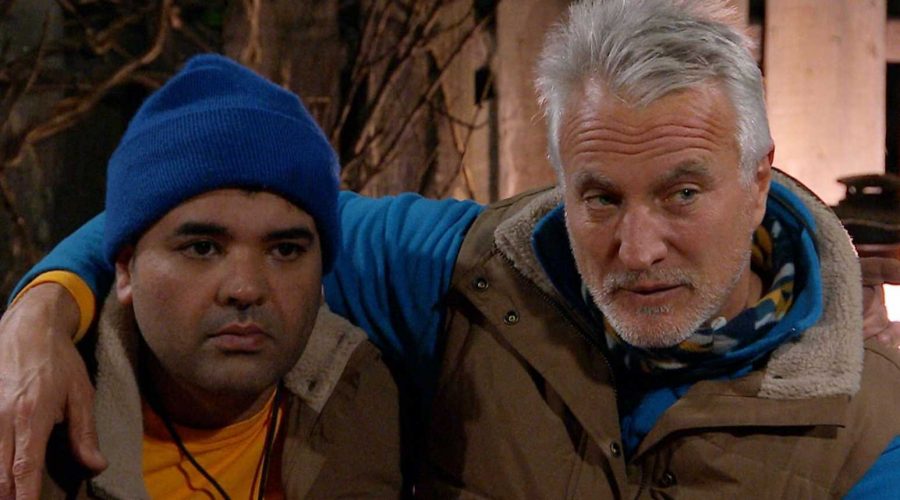 I'M A Celebrity fans are predicting trouble ahead – having spotted TWO feuds brewing in the castle camp.

Viewers have been served plenty of drama so far thanks to the celebs being split into two camps. 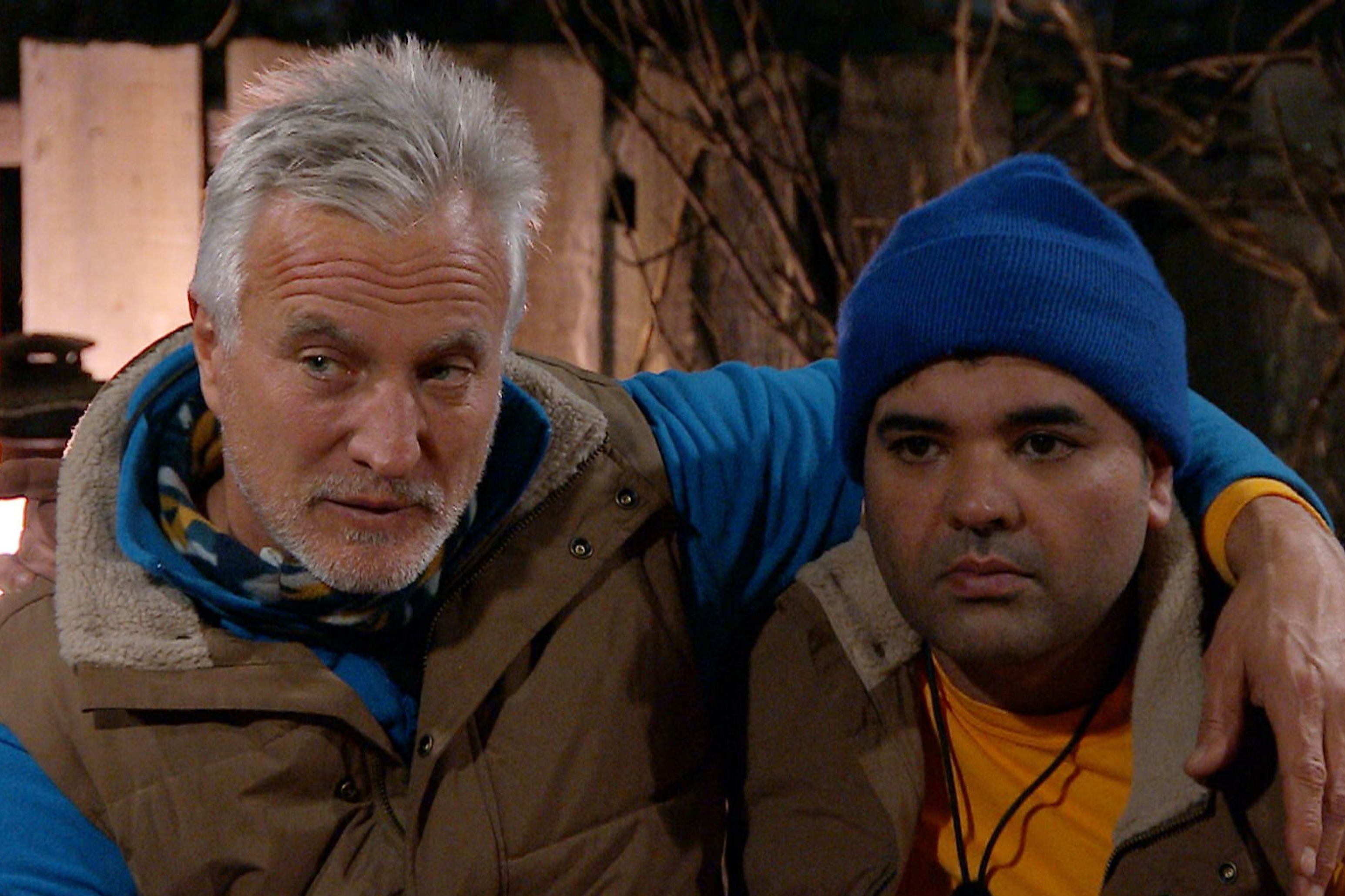 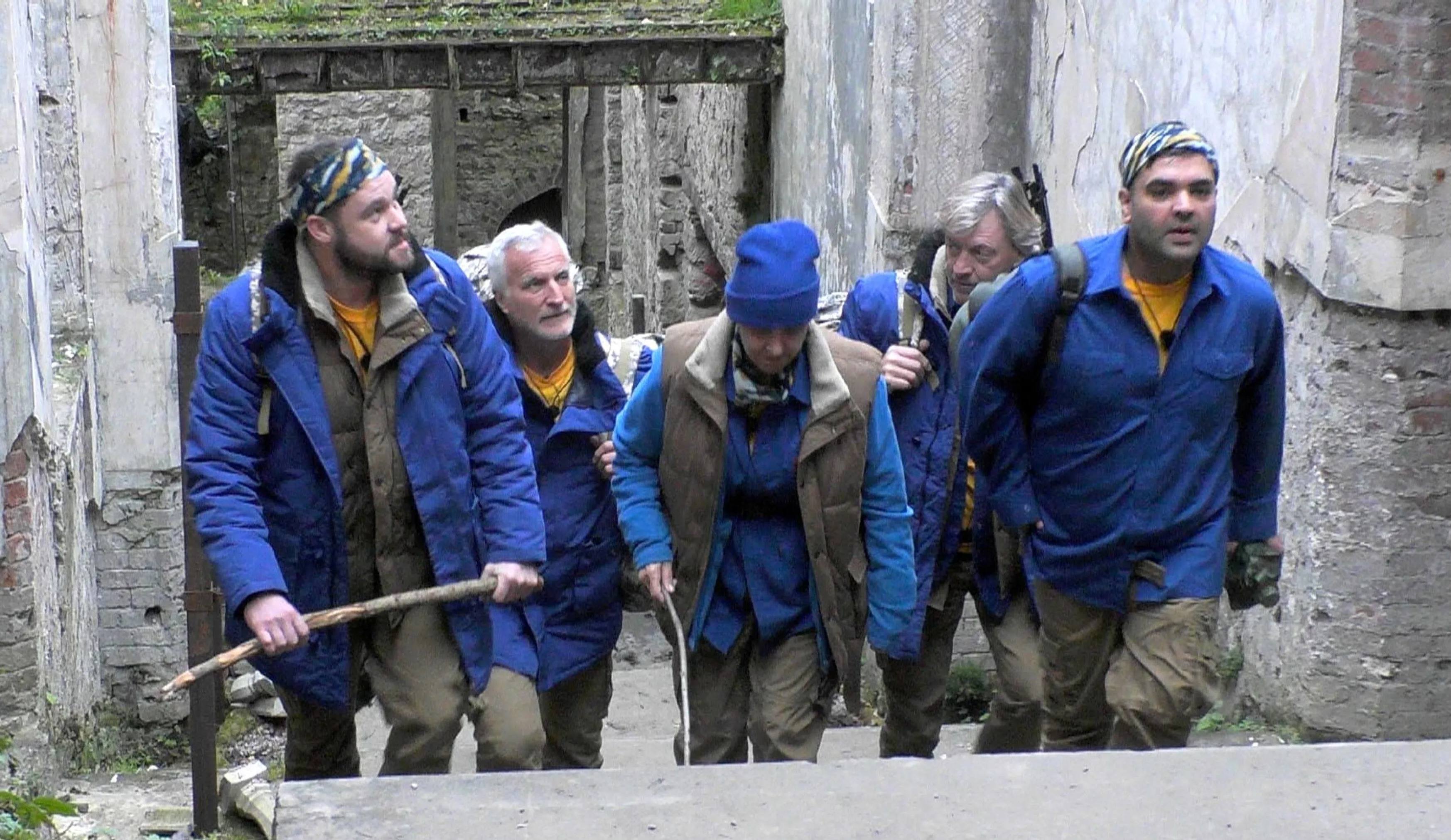 And with conditions in The Clink being poor, tensions are reaching breaking point, with Naughty Boy finding it particularly tough.

Naughty Boy became upset after he was picked by the other group, suggesting they thought he was a "weakest link" and – after threatening to quit – he and Arlene Phillips decided to stay and confront them.

But when they were finally allowed to leave The Clink last night, things didn't exactly pan out the way they'd promised.

It was, in fact, football legend David Ginola, who told the other group about Naughty Boy's meltdown.

And viewers think he "grassed him up" in a bid a to warn them.

One person said: "Love the way that David Ginola is discreetly letting the other camp mates know that Naughty Boy is hard work to deal with. #ImACeleb"

Another said: "naughty boy s**t his pants when david told him he grassed him up to the other team #ImACeleb"

And one more person tweeted: "David’s got Naughty Boy’s number. That glance whilst cooking" as another remarked: "David definitely wants to say more than he lets on!"

Elsewhere, fans recalled when Naughty Boy refused to listen when Danny Miller tried to comfort him about being picked for the trials on Tuesday night.

The conversation ended with Danny telling Naughty Boy: "There's no need to be like that we're only trying to help."

Later, they hugged it out, but one person took to Twitter and wrote: "Naughty Boy and Danny Miller will end up arguing with each other they will soon stop this happy families stuff #ImACeleb"

The last night, Danny went to offer Naughty Boy a meal that Richard Madeley had won in a trial, but the producer refused to get out of bed.

The apparent snub prompted a flurry of tweets, with on fan saying: "I actually think we are going get drama this year and I am here for it, won't take much for Arlene, Danny or Naughty Boy to Snap."

Following Tuesday's episode Naughty Boy was slammed by trolls for taking the game too seriously and “acting up”.

But in an exclusive interview with The Sun, his niece, Aisha, insisted that’s not fair because people don’t understand what he is going through.

She said: “The general public don’t know him and they just see it as someone throwing their toys out the pram, but for us we know he is so mentally overwhelmed.

“It all happened at once, although he was prepared going in, emotions hit you at once, we are all human, we all have breaking points. The only difference is he hit his breaking point on national television and that is super vulnerable position to be in."

Aisha also told us that Naughty will be worried about his mum, who suffers from dementia and he is a full-time carer for.

The family have banned his mum from watching the reality show because they fear it'll be too distressing for her.

“During the day, she is always like ‘where is he?’, ‘is he coming home?’ and we have to keep reminding her that no, he is on the show and she will see him on TV,” Aisha said. “We didn’t let her watch last night’s episode because we thought she would be really overwhelmed seeing him upset.

“Watching it she will get confused, especially if she saw him doing the trial, she would have been very, very distressed. Most nights, she will cheer ‘that is my son’ and she will talk to the TV, bless her.”