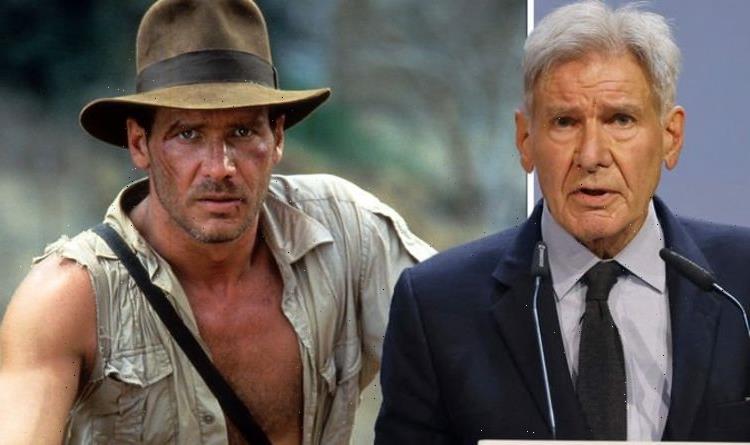 Although the production of Indiana Jones 5 has been shrouded in mystery thus far, legendary actor Harrison Ford has been at the forefront of the filming since it began at the beginning of this year. Ford’s dedication to the character left him in a grave position in June, when it was announced he had injured his shoulder, according to Disney.

Disney, who owns Lucasfilm, told Deadline: “In the course of rehearsing for a fight scene, Harrison Ford sustained an injury involving his shoulder.

“Production will continue while the appropriate course of treatment is evaluated, and the filming schedule will be reconfigured as needed in the coming weeks.”

According to a source, Ford has now resumed filming after ten weeks of rest following the injury. (Via The Sun)

They added that the 79-year-old Star Wars actor required “surgery” on his shoulder, after “aggravating an old problem”.

The source reportedly said of Ford: “Everyone’s relieved to see him back and fighting fit. It’s been a long ten-week wait for him and the crew.

“Filming has been held up but hopefully now it can get back on track.”

With Ford now reportedly back in action, Indiana Jones 5 is due to be released on July 28, 2022.

This is not the first time Ford has severely injured himself on set.

In 2014 Ford broke a leg while filming his comeback as Han Solo in Star Wars: The Force Awakens.

The star was crushed by a hydraulic door in the Millennium Falcon.

Following this, a production firm was fined £1.6 million for “breaching health and safety”.

During the events of The Force Awakens Han Solo was killed off, marking Ford’s final adventure in the Star Wars universe.

Similarly, Indiana Jones 5 will be the final outing for Ford as the iconic whip-cracking archaeologist.

Last year, Ford spoke about putting on Indy’s hat for the final time.

He said: “When we have an opportunity to make another, it is because people have enjoyed them.

“I feel obliged to make sure our ambitions are as ambitious as they were when we started.” (Via CBS)

There has been a lot of speculation about whether Indiana Jones will be rebooted with a brand new actor in the future, but director Steven Spielberg has since condemned this notion.

He said back in 2017: “There will only be one Indiana Jones and that’s Harrison Ford.”

The as-of-yet untitled Indiana Jones 5 is the first film in the franchise not to be directed by Spielberg.