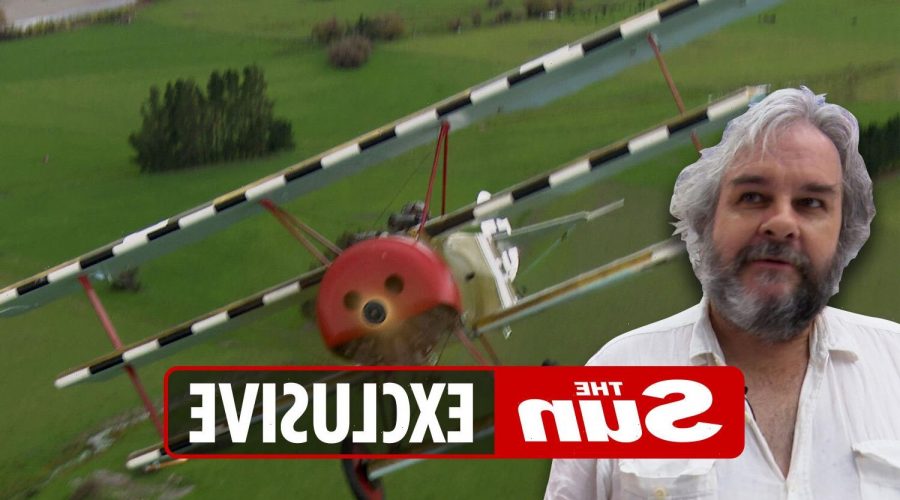 Moments later, the future Lord Of The Rings director and his young pals dress as World War One soldiers in a trench they have dug in the garden. 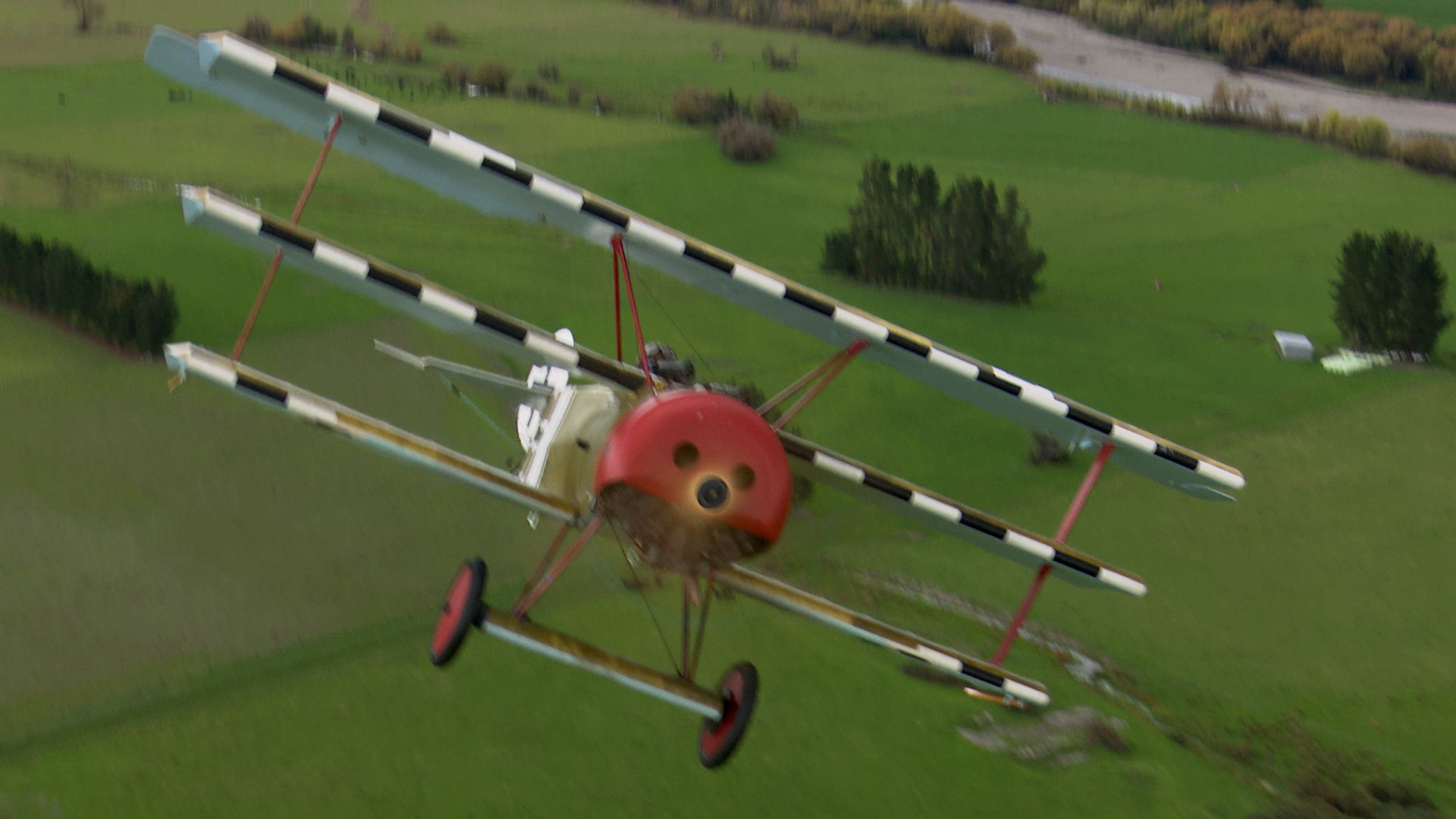 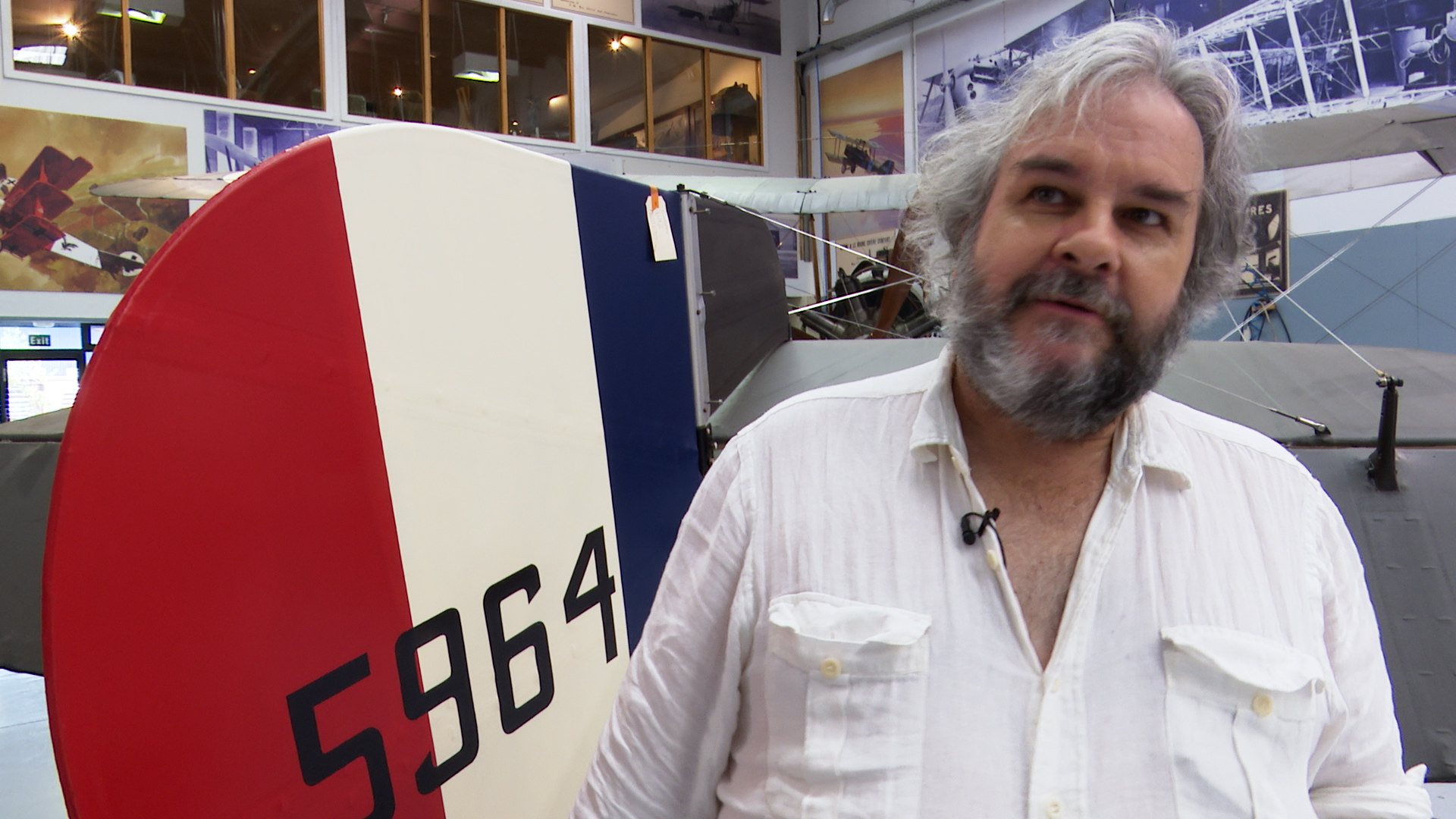 From his first movies shot on 8mm film, New Zealander Jackson — now Sir Peter — went on to make some of the greatest fantasy films ever, grossing more than £6billion at the box office with the likes of The Hobbit series and King Kong.

But a new documentary by Forces News reveals how his childhood fascination with World War One became an obsession he has poured millions into.

At a secret location in the pretty suburbs of New Zealand’s capital Wellington is a factory where Peter, employs a team of 60 craftsmen and mechanics to renovate or recreate the world’s biggest collection of fighter planes from the conflict.

At the last count he owns an astonishing 70 planes that were used by Britain’s Royal Flying Corps — the former air arm of the Army — the RAF and the Germans.

And many of them are not just museum pieces — they take to the skies to recreate dogfights between British and German forces.

All nine of the Royal Flying Corps and RAF World War One planes in our historic photo, far right, are owned by Peter, 60, whose personal wealth is more than £300million.

What goes on in his factory has been hidden until now. But the director gave a film crew from Britain’s Forces News exclusive access.

In a documentary to be shown on Monday, Peter is shown in the workshop with his team of plane builders, many of whom started out as set designers on Lord Of The Rings, The Hobbit and King Kong. 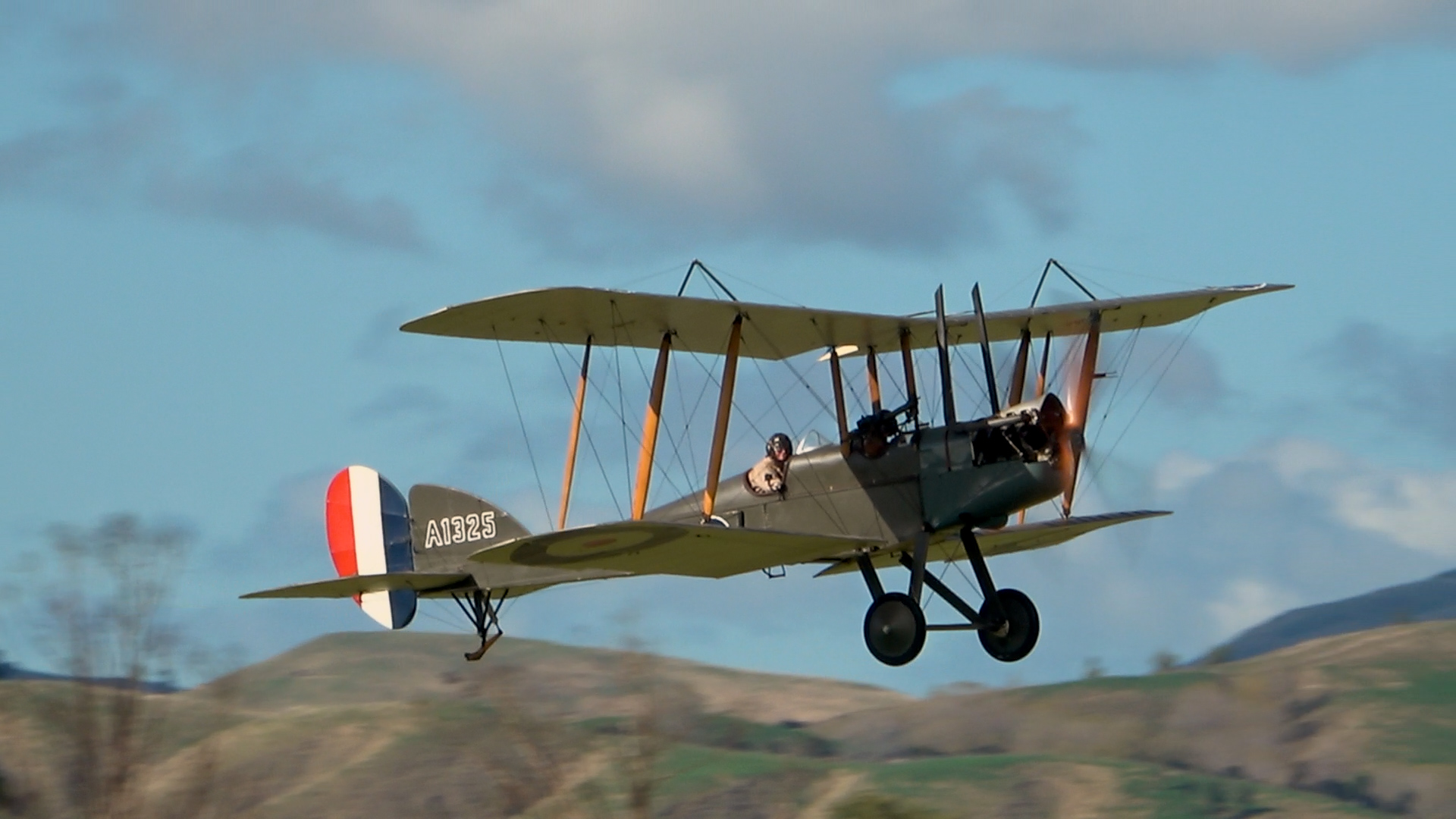 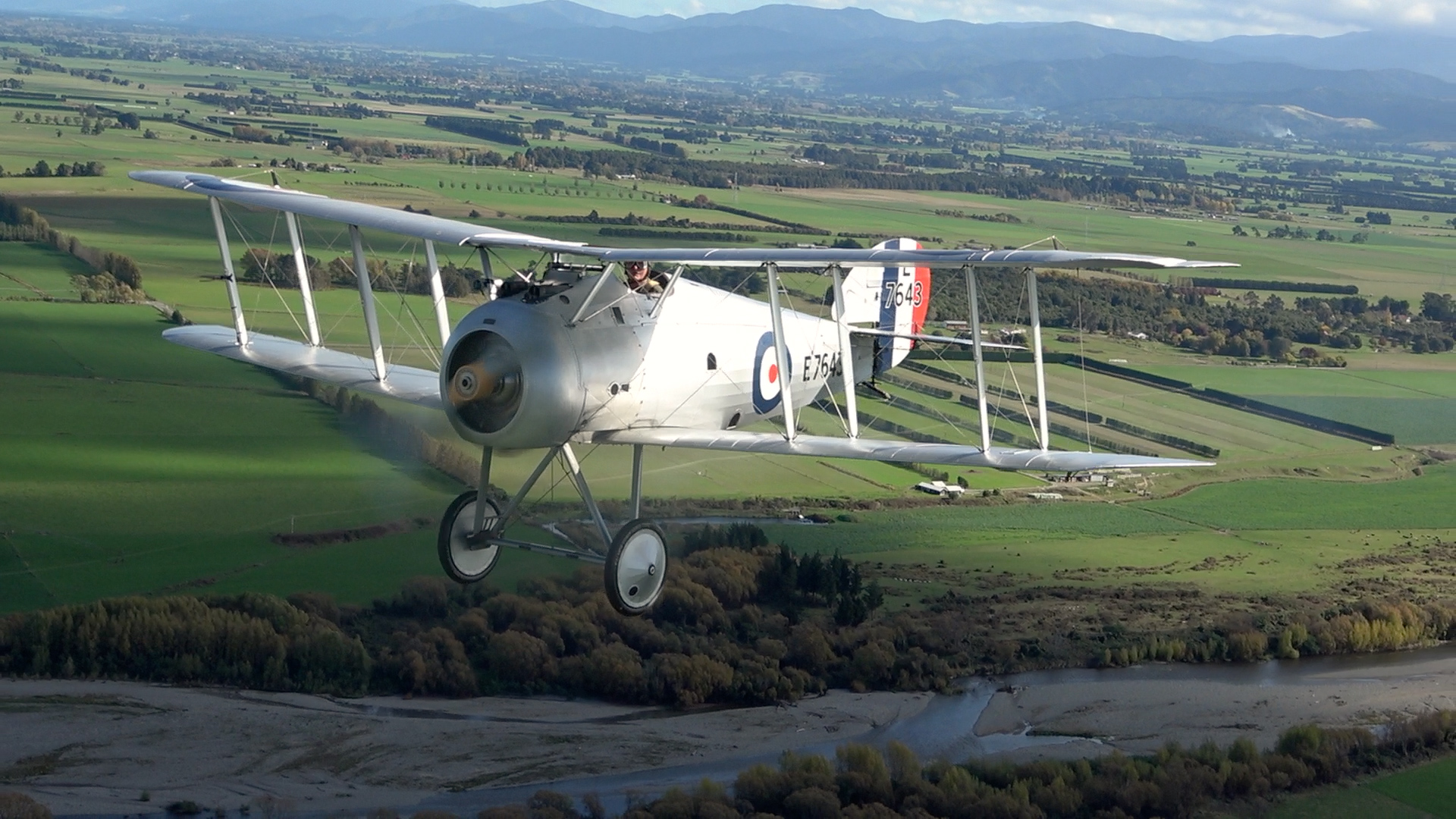 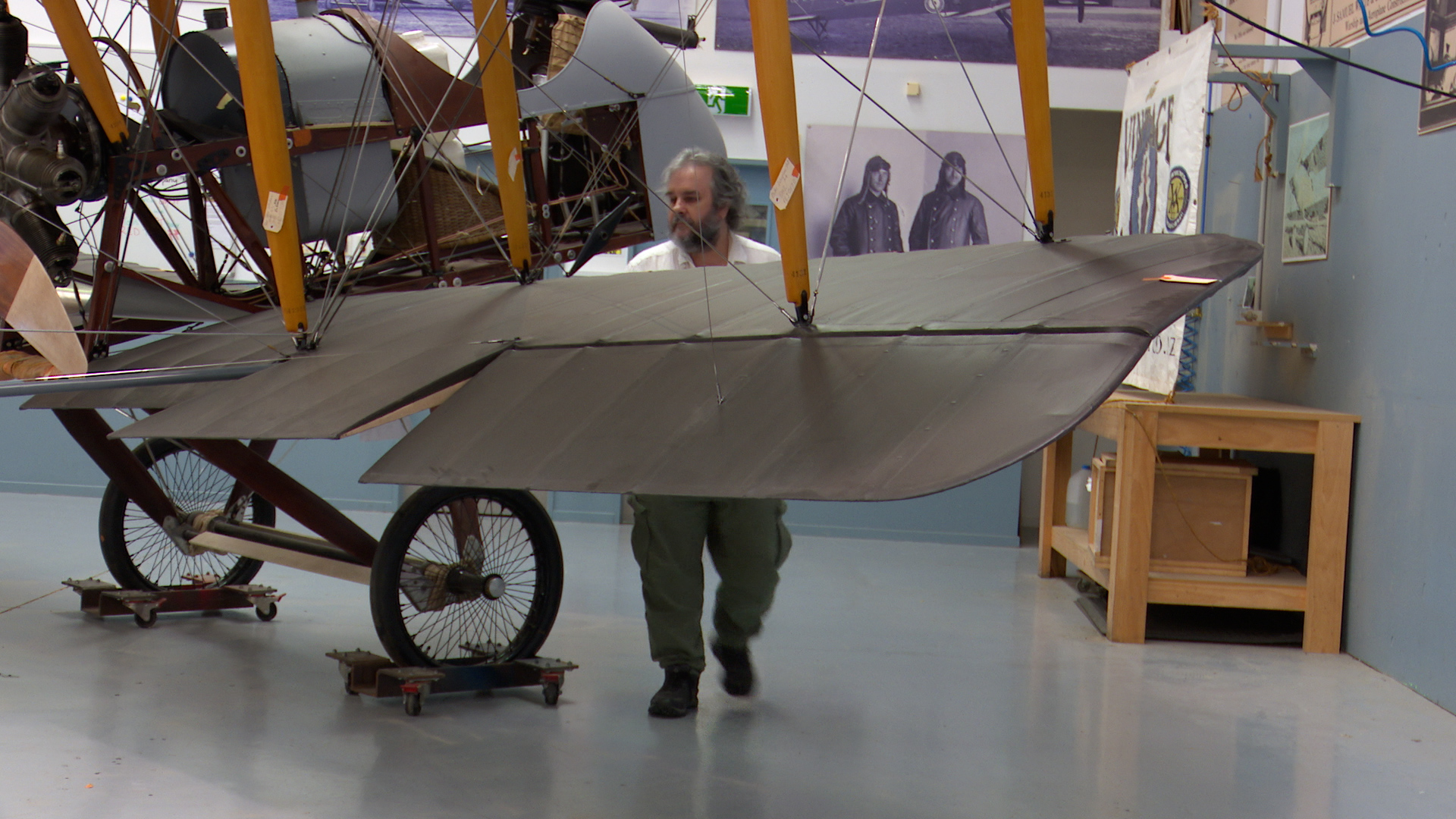 ROLLING IN THE DEEP END

Peter says: “Because of my day job making films, I ended up with the resources to be able to do this. I come in here and see these planes and I momentarily forget they belong to me. I get excited, I say, ‘Oh my gosh look at that. Oh wow’.

“You strap yourself into one of these planes and take off and, at that point, nothing else in the world matters.”

In the same building he also stores thousands of other items used in the 1914-18 conflict, from uniforms to flame-throwers.

He even owns a silk handkerchief that belonged to German fighter pilot ace Manfred von Richthofen, aka The Red Baron. On the wall is a fabric German cross that Australian troops cut from von Richthofen’s downed Fokker tri-plane when he was killed on April 21, 1918. Peter says of his collection: “I don’t know how big it is. I keep my eye out and if there’s something interesting, I try to buy it.

“Some people might say it’s got out of control — I’d say it’s evolved. What I value about the planes, aircraft and collecting artefacts and things is it is a hobby that is something I can do that gets my head out of the film stuff.

“Once you’re in a movie, you’re in it 100 per cent and it can consume you and sometimes at night just going and looking at some stuff or reading books is a good escape.”

Peter’s lifelong interest in the Great War was sparked by his British parents. His father, William, served in the Army and mum Joan worked in a Hertfordshire aircraft factory during World War Two.

He says: “My mum worked in the de Havilland factory building Mosquitos and my dad was in the Royal Ordnance Corp during the siege of Malta for two years and went on to Italy after that.”

But rather than telling his son about his own wartime experience, William preferred to tell young Peter tales of his own father’s adventures in many of the key battles of World War One.

Peter’s grandfather, also called William, joined the South Wales Borderers in 1910, and four years later was serving in China when war broke out. In 1915, William, aged 23, was posted to Gallipoli, Turkey — scene of one of the bloodiest battles of the war — where he won the Distinguished Conduct Medal for “conspicuous gallantry”, leading his soldiers forward to re-occupy an advance post.

‘Used as a chicken coop’

On the first day of the Battle of the Somme in France in July 1916, William was injured by machine gun fire and brought home to England to recover. It was then he met Peter’s grandmother.

William died in 1940 and never got to meet his grandson. Peter says: “I grew up surrounded by veterans of two world wars and listened to the conversations that happened in our house when Dad had friends over and I just got an interest.

“My parents got a Super 8 movie camera to make home movies. I would have been about eight years old when it arrived in the house.”

“I liked the idea of making sort of little fictional films.”

Young Peter enjoyed recreating mid-air dogfights, and his famous attention to detail meant setting some of his precious models on fire.

His passion was cemented when he got the chance to see full-sized war planes on a family holiday to the UK in 1973.

He says: “When I was 12 my parents took me to the UK on a sort of family trip to meet all the cousins, aunties and uncles and we went to Hendon RAF Museum. That was the first time I saw real First World War planes in the flesh and I was pretty obsessed by that stage.” When he is not researching, producing or directing films, Peter spends his time in the factory, poring over blueprints of old planes to build or searching the globe for rare forgotten aircraft to restore.

The fuselage of a 1917 Bristol fighter was found in a barn being used as a chicken coop. Thanks to Peter, today it is back in the air.

“So you look for people who have really good woodworking skills, and we have those people on our film crews, or they’re engineers, they’re metalworkers who came from films.

“These planes were put through extreme flight tests, put through combat, and they came out OK.” Although each plane is worth hundreds of thousands of pounds — and some as much as £1million — they are not wrapped in cotton wool.

Pilot Dave Horrell says: “We don’t just fly around a gentle circuit. We demonstrate their capabilities and their abilities in mock battles.

Remarkably, the fighter planes in our photos would never have been seen together in World War One because they were built at different times during the conflict.

But because of Peter’s childhood obsession — and deep pockets — there is no tribute to those magnificent men and their flying machines like it anywhere else in the world.

l Peter Jackson’s Military Treasures is on Forces TV on Monday at 6pm and on the Forces News YouTube channel. 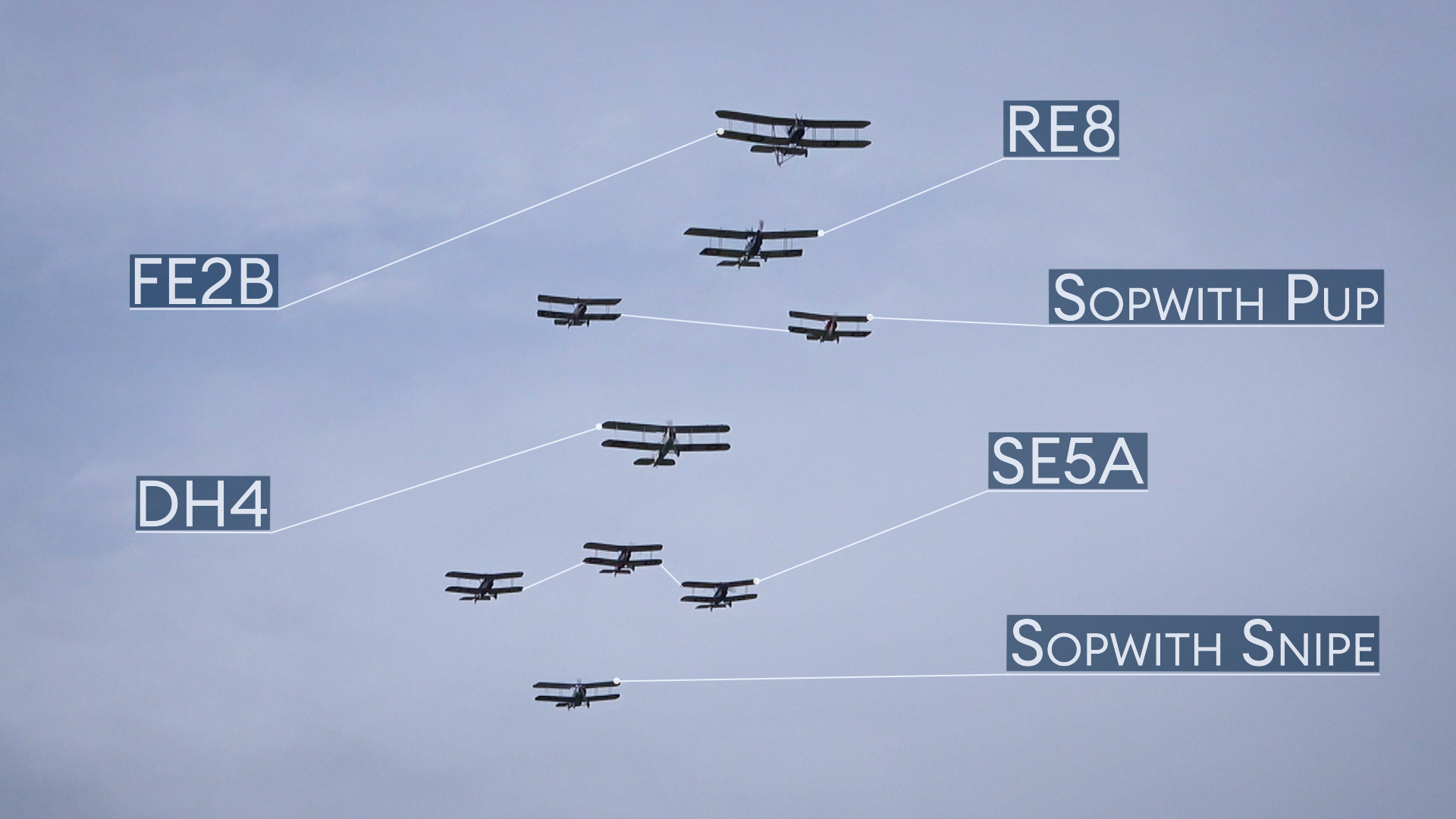 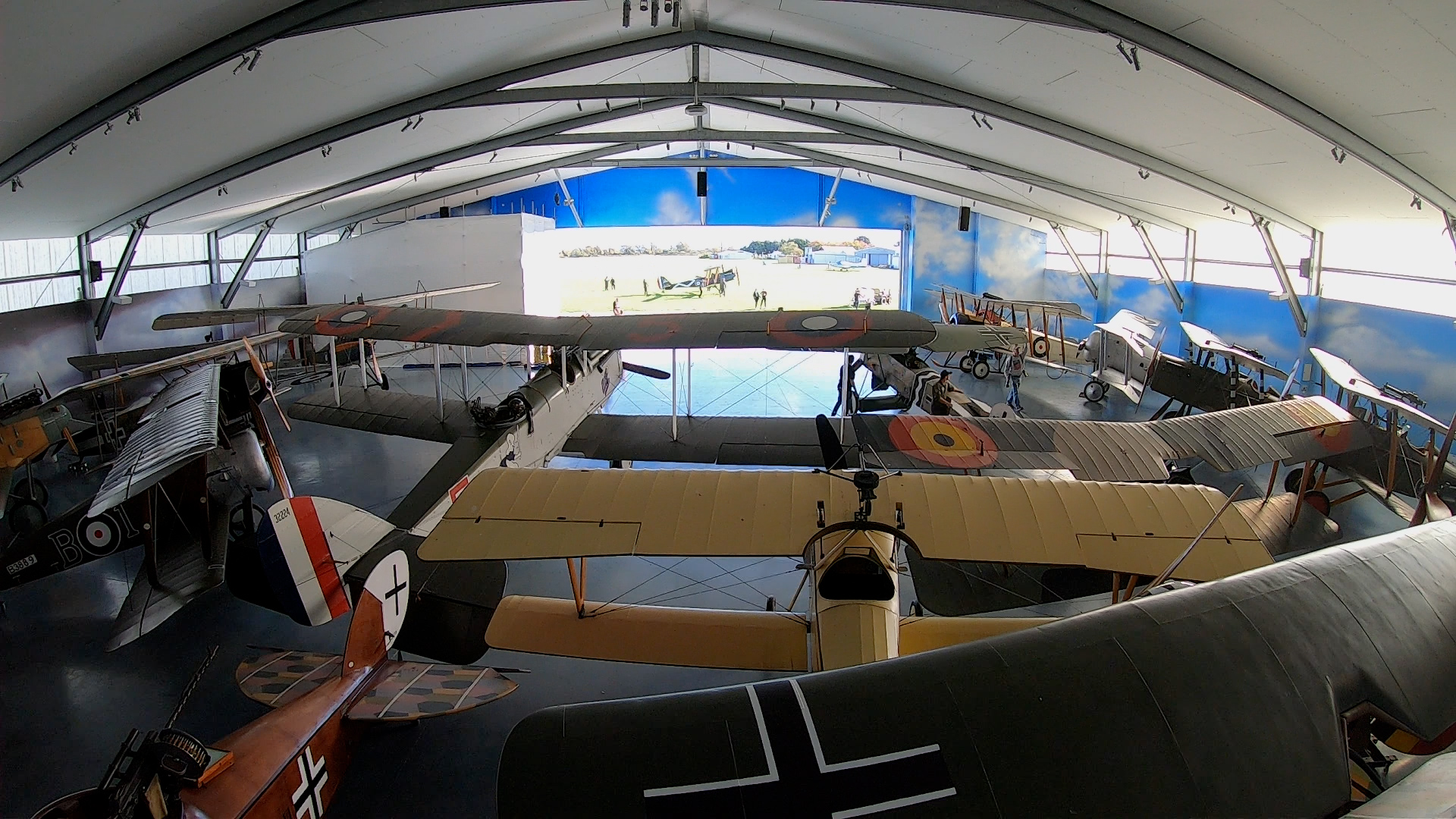 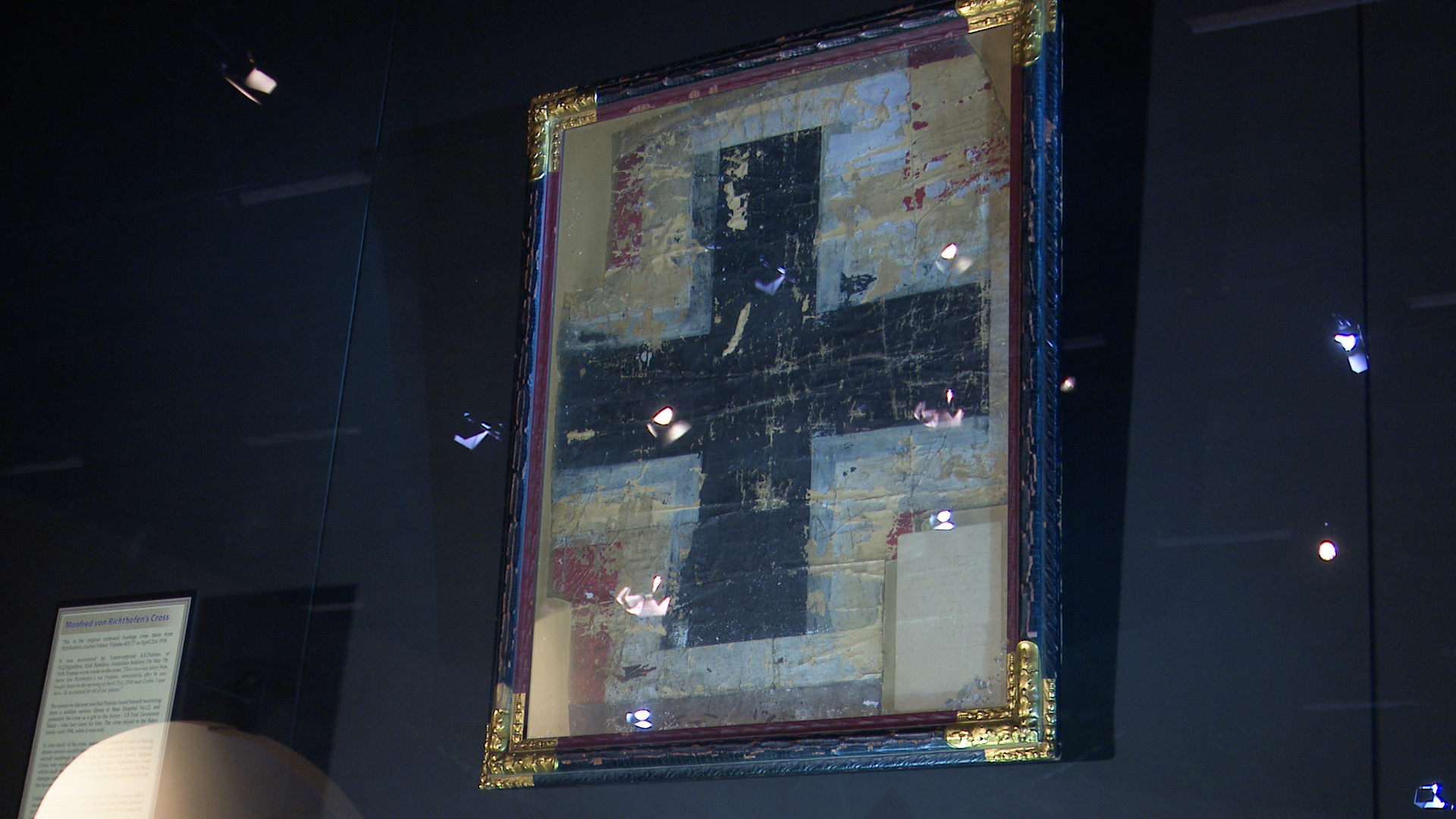