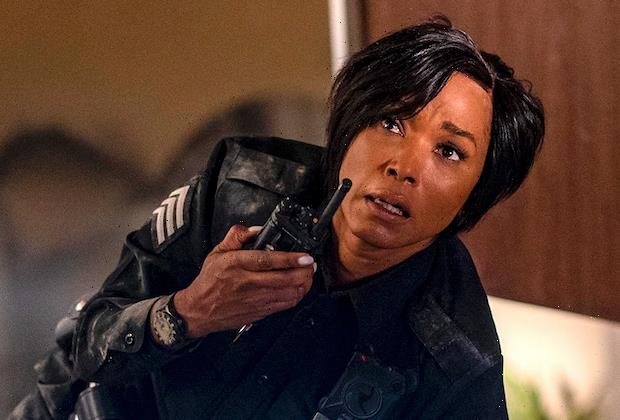 For Angela Bassett, the answer is quite possibly a TV milestone, after she netted a sizeable pay bump for Season 5 of Fox’s hit first-responders drama.

As reported by our sister site Deadline, Athena’s portrayer will now command “north of $450,000 an episode,” which the trade site notes “could be the highest ever for an actress of color on a broadcast drama series.”

Bassett came to the Fox drama as an Academy Award nominee, for her starring role in 1993’s What’s Love Got to Do With It. She also had four Primetime Emmy nominations under her belt at the time, and she has since added another three (for non-9-1-1 projects).

Of note, Bassett’s  9-1-1 salary includes not only her services as an actress but as an executive producer, a title she has held since Season 2 (after starting out as a co-EP). She also carries an EP title on offshoot 9-1-1: Lone Star.

You may be asking: What other TV drama actresses of color have come close to Bassett’s current salary? It’s hard to say with great certainty, in the absence of many hard numbers. Kerry Washington reportedly started out on Scandal at $80K/episode, but with the series’ incredible success wound up drawing $250K/episode. (On the miniseries front, meanwhile, Washington commanded $1.1 million for each of Little Fires Everywhere‘s eight episodes).

And while Grey’s Anatomy star Ellen Pompeo now fetches $575,000 for each episode of the ABC medical drama (where she also has a producer title and is a co-EP on spinoff Station 19), fellow OG cast member Chandra Wilson way back in 2007 was bumped up to “at least” $125K per episode, but by now — especially with the occasional directing — is surely closer to the $375K that costar Justin Chambers reportedly was getting at the time of his exit.

Viola Davis reportedly was making $250K/episode two seasons into How to Get Away With Murder‘s run, and by the ABC series’ end mayyyy have been closing in on $450K.

The fourth season of 9-1-1 averaged 6.5 million total viewers and a 1.05 demo rating (in Live+Same Day numbers), making it Fox’s most watched and highest rated scripted series, while trailing only the network’s The Masked Singer in the demo.

Among other 9-1-1 cast enjoying a Season 5 bump, Peter Krause reportedly is now in “the low $300K” range per episode, followed by TV vet Jennifer Love Hewitt, who joined the show in Season 2.

Want scoop on Fox’s 9-1-1, or for any other show? Email [email protected] and your question may be answered via Matt’s Inside Line.