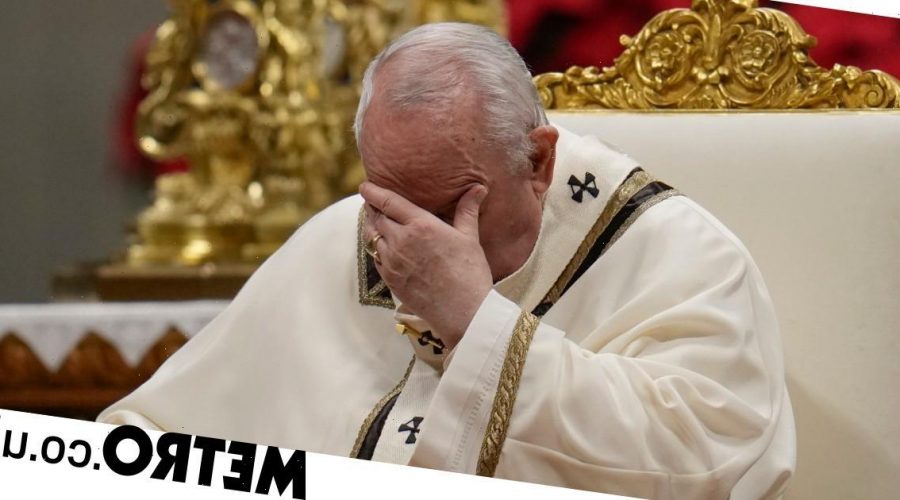 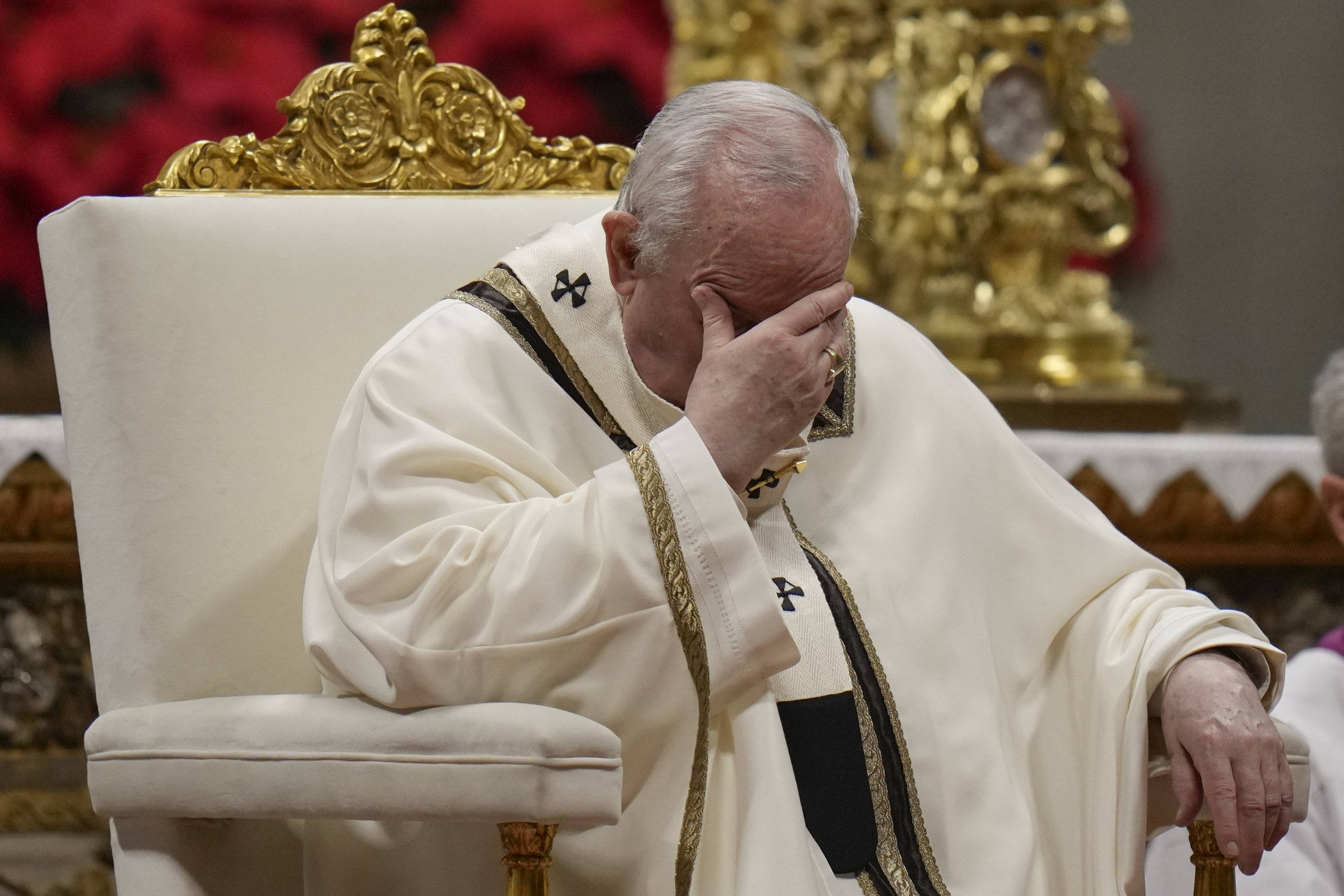 ITV News suffered a major blunder during its live Christmas Day coverage after a presenter accidentally announced the Pope’s death.

The newsreader was reporting on the annual Urby et Urby et Orbin homily during a live segment on Saturday afternoon when she made the error.

The presenter explained: ‘The Pope’s festive address focused on his prayers for the pandemic to come to an end. He said vaccines should be made available to those most in need.

‘His death was announced…’

However, she immediately realised her error and corrected herself, saying: ‘Excuse me.’

Viewers were confused by the blunder, with one tweeting: ‘Am I delirious or did itv news just say something about ‘his death’ when talking about the pope.’

Another weighed in: ‘I was watching the new itv i think and the reporter was talking about the pope and she said the announcement of his death then quickly said sorry so do you thik pope is dead ?’

‘That awkward moment when you accidentally report the death of the #pope on #itv. Guessing they have a preprepared script and the newsreader read on to that by mistake?’ one said.

Pope Francis, who is alive, delivered his Christmas Day speech from St Peter’s Basilica at the Vatican on Saturday, and condemned the ongoing conflicts in countries such as Syria, Yemen and Iraq.

The Holy Father said: ‘We have become so used to them [conflicts] that immense tragedies are now being passed over in silence; we risk not hearing the cry of pain and distress of so many of our brothers and sisters.

‘Son of God, comfort the victims of violence against women, which has increased in this time of pandemic. Offer hope to young children and adolescents suffering from bullying and abuse.’

Referencing the Covid pandemic, he added: ‘Grant health to the infirm and inspire all men and women of good will to seek the best ways possible to overcome the current health crisis and its effects.

‘Open hearts to ensure that necessary medical care – and vaccines in particular – are provided to those peoples who need them most.’

Metro.co.uk has reached out to ITV News for comment.