Jai Rodriguez from Bravo’s original Queer Eye recently revealed that Bravo producer Andy Cohen secretly (or not so secretly) actually wanted to be part of the Fab Five. 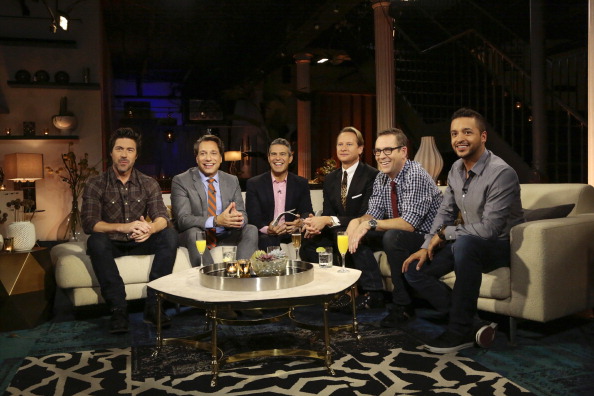 Rodriguez dished about what went down behind the scenes, sharing only good vibes about his experience whenever he’d encounter Cohen. And while former co-star Carson Kressley called Rodriguez the “MVP” of the original series, Rodriguez said production leaned toward heavily featuring Kressley over the rest of the cast.

“[Kressley] really positioned himself to be the go-to starring gay, he was always center in everything,” Rodriguez shared on Behind the Velvet Rope with David Yontef podcast. “The network, producers, editors, always shot him edited him to be the star. He was always in the trailer. Carson in many ways carved out a lane that didn’t exist.”

Rodriguez would love to reconnect with Cohen

Rodriguez shared that Cohen would often pop in on the set and hang out with the cast. “Andy Cohen in many ways had considered himself an extra Fab Five guy. Like a Fab Six,” he said. “He would jump in pictures and stuff and hang out with us but he was very much a producer at the network level.”

#TBT Cats outta the bag! The original @queereye guys are reuniting this weekend in LA. ✨ It’s been YEARS since all 5 OG guys have been in the same room together. Can’t wait to feel the magic and love again. 💕 @kyandouglas @carsonkressley @thetedallen @thomfilicia

RELATED: Who Were the Original Fab Five from ‘Queer Eye’?

But, “I really didn’t position myself in that space with him,” Rodriguez admits. “He was very gracious after we did a reunion special with him on Bravo. He invited us out to Anderson Cooper’s former partner’s gay bar in midtown Manhattan. So we all hung out together one night. He was really sweet. I sent him a message [and] he was gonna have me on Watch What Happens Live when they were in LA. But then he had a baby and this whole thing happened. I don’t know, I mean he’s a nice guy.”

Although Queer Eye was an ensemble cast, Rodriguez recalls that producers leaned into making Kressley the breakout character. “There wasn’t a diva but after a while, the crew started favoring Carson to the point where some of us would just sit on couches and open a magazine and the crew would be like what are you doing?” he recalls.

“And I was like, ‘When you start following me with a camera then I will go to work.’ But if you are just going to favor Carson this whole episode then I will allow it to be the Carson show.”

RELATED: From ‘Queer Eye’ to ‘Get a Room with Carson and Thom,’ Carson Kressley Reveals 5 Pro Home Organization Tips

Adding, “There are five people in this cast, there is not a star of the show so get it together,” he remarks. “I guess Carson was kind of a diva, self admittedly, he wouldn’t want to go to work unless he had a hot tea or breakfast or latte kind of thing. But I remember he owned that and that was his own self-expression at that time. We later joked about it on Watch What Happens Live. We all said Kyan [Douglas] was the biggest diva but based on the stress Carson was going through, this was his defense mechanism.”