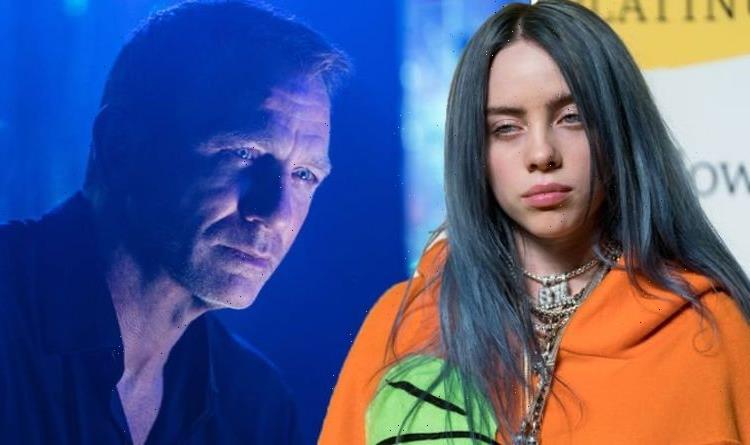 Paul McCartney wrote and performed a James Bond song in 1973. The former member of The Beatles wrote Live and Let Die for the film of the same name, which starred British actor Roger Moore in his first-ever adventure as 007. For the upcoming Bond film, No Time To Die, MGM bosses welcomed American singer Billie Eilish to the Bond song family, inviting her to write and perform a song of the same name for Daniel Craig’s final film as the international spy.

Speaking in a new episode of the No Time To Die: The Official James Bond Podcast, Billie and her brother and writing partner Finneas O’Connell spoke candidly about composing the award-winning song.

The pair revealed how they listened to all the songs from the Craig movies thus far.

Finneas said they “only pulled from these scripts” to make their song feel the same as those in the previous Craig films.

But they couldn’t write the track without help from the franchise’s earlier songs.

Finneas said: “But, musically, we went back and listened to Shirley [Bassey] and Paul McCartney.

“We wanted to make sure of that. [For] the subject matter, we focused in on the Craig quintology.”

Finneas added that he wanted to get the “Bond-esque” sound in the song.

On describing this specific sound, he said: “I think it’s harder to describe emotionally… I think it’s a cadence. It’s voicing of chords. It’s instrumentations.”

Finneas went on: “To me, there’s a real through-line with all the great Bond songs, and they don’t all sound the same and they shouldn’t, but they all have the same twist on the scale.”

Later in the podcast, Billie also touched upon how she kept to the theme of the eponymous “Bond song”, but also included her own style into the pedigree.

She said: “I think the minimalism in the beginning [sounds like me] – I feel like my voice is pretty much my voice.”

The No Time To Die song includes a first for Billie – a strong, loud note at the end o the track.

“We wanted to give the Bond song something I’ve literally never done before.”

She added: “I feel like we gave it more.”

Since the No Time To Die theme song has been released it has broken records.

It became the first track to win a Grammy Award for Best Song Written for Visual Media for a film that had not been released just yet.

The No Time To Die: The Official James Bond Podcast is out now.

21/09/2021 TV & Movies Comments Off on James Bond: Billie Eilishs No Time To Die song took inspiration from The Beatles
Lifestyle