James Bond is known for wearing a sharp suit in any eventuality but occasionally has to step up to a tuxedo or down into something suitable for spying activity. From Sean Connery to Daniel Craig, there have been some of the finest outfits out there, as well as some interesting choices of get-up. Express.co.uk explores some of the most iconic outfits, whether they are fancy tuxedos or dapper three-pieces.

Roger Moore’s double-breasted blazer in For Your Eyes Only

Sir Roger Moore sported some interesting outfits as Bond, including when he pretty much wore an alligator costume in Moonraker.

But a more sophisticated Bond came in For Your Eyes Only, when he spoke to Melina on her yacht, and was turned out in the perfect attire.

The double-breasted blue blazer was worn with cream trousers, making it an ideal boating outfit, as well as a stylish one. 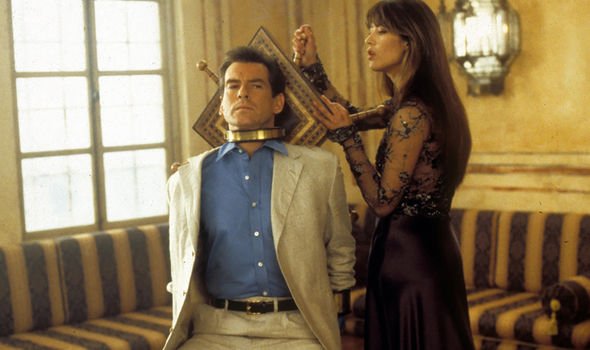 Daniel Craig has worn a great many beautiful suits in his tenure as James Bond.

However, his first outing as the character also saw him wear, arguably, his most stylish suit: a custom tuxedo given to him on a train by Vesper Lynd.

He wore it to take on Le Chiffre in the tensest poker game ever committed to film. 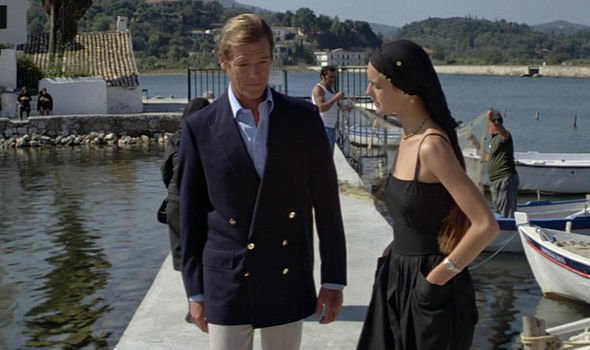 This suit was beautifully made by tailor Anthony Sinclair, according to one report, and featured a plaid design and was worn with a white shirt and pocket square.

It is worn in an important moment in the film when Bond arrives in Kentucky to confront his enemy.

Sean wore many fine suits and wore five others in this film alone. 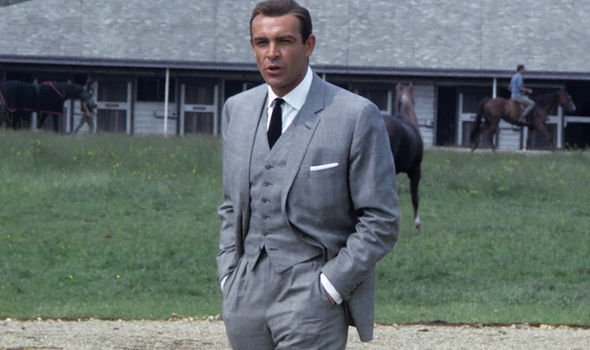 Given George Lazenby was a model when he got the job of 007, it is no wonder his outfits impressed.

He wore everything from suits to skiwear in his time as Bond, but his brown bomber jacket with an orange roll neck was pretty iconic,

Sadly, George was not given another chance to try his hand at a fancy tuxedo, but he certainly would have looked good in it.

Pierce Brosnan’s cream suit in The World is Not Enough

Given Pierce Brosnan’s outing as Bond was more action-packed than his predecessors, his suits are far more casual, generally.

He also wears a number of boilersuit-esque clothes as he does everything from riding motorcycles to blowing up buildings.

However, in The World Is Not Enough he is tortured in the tower by Elektra while wearing a pretty dapper cream suit, which was likely a wise choice of outfit given the hot climes of Istanbul.