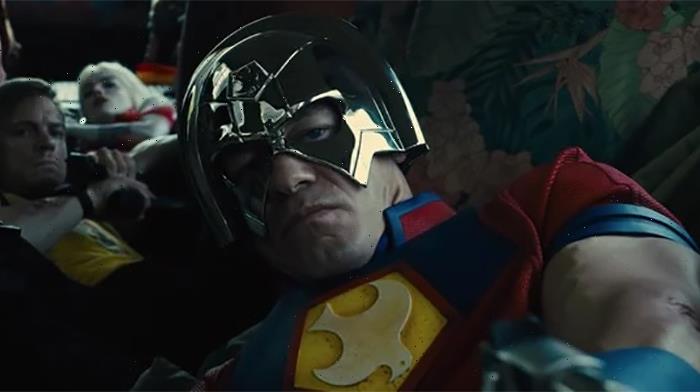 The Suicide Squad is finally out in the world, winning hearts in theaters and on HBO Max. Of course, the team-up amounts to mixed results — a couple of deaths here and there, and a minor threat to humanity — but it’s well worth seeing the clash of these superpowered, morally ambiguous villains. It’s no wonder buzz around the film has been non-stop; the movie brings together a chaotic ensemble of characters and forces them to work together, for better or worse.

The great thing about ensembles is how ripe they are for spin-offs, and as we’ve known for a while now, Warner Bros. wasted no time moving James Gunn along to a new project. The Peacemaker series is well underway, having already wrapped filming. As excited as we are for more of the fun mayhem of The Suicide Squad, there’s a big lingering question that demands an answer.

Why Did Peacemaker Get a Spin-Off?

On one hand, how can anyone argue with the possibility of seeing more John Cena onscreen? His bright-red, skin-tight costume deserves all the screen time it can get, and even when he’s playing a literal murderer, there’s something undeniably charming about Cena’s personality. On the other hand… Peacemaker sucks.

Especially after seeing The Suicide Squad, we know Peacemaker to be the world’s biggest jerk, and of the many strong emotions he inspires, love is not on the list. This leaves fans to wonder: why on Earth would Peacemaker be the character who wins the extended universe lottery and gets his own spin-off series?

No worries, James Gunn has already stepped forward to atone for his sins. In an interview with Entertainment Tonight, the director offered an explanation for his further interest in Cena’s character. He said:

As Gunn said, each of the other squad members not only shares info about themselves but comes to new conclusions. When the kaiju-sized threat of Starro is looming over them, their motivation for fighting changes, and the meaning behind their teamwork solidifies. But for Peacemaker, his goals are utterly stagnant. It makes him especially villainous, and all the more interesting for it.

It’s not completely unlike the MCU motivation for spinning off with Loki. Tom Hiddleston’s character begins as a villain, and despite a magnetic screen presence, proves his terrible intentions time and time again. Except, of course, that Loki shows his potential for change long before the series begins. If Peacemaker has that, we’ve yet to see it — but like Loki, there are deeper depths to this character. Gunn added:

“I think there’s something below that. This guy is a loud, obnoxious, bro-ey douchebag. That sucks. But why? At what point did he become such a douchebag and what does that mean? There’s a lot to dive into there.”

I concede — obviously, James Gunn knows what he’s talking about. If anyone can pull off a 10-episode series about an unlikeable character, it’s the guy who made the human-shark hybrid lovable. But it never hurts to have options — so why not consider these other, perfectly viable spinoffs for The Suicide Squad?